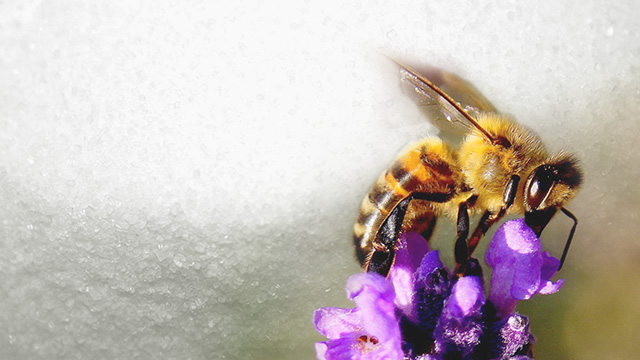 MIAMI, USA – An unexpected sugary snack can give bees a little buzz and appears to lift their mood, even making them optimistic, according to research Thursday, September 29 that suggests pollinators have feelings, too.

Since emotions are subjective and difficult to measure – particularly in animals – researchers looked at how bees’ behavior changed after they were given a sip of sucrose solution.

They found that bees learned to fly faster to a container with a sugary drink inside than to one with just water.

“Bees given a 60% sucrose reward to induce a positive affective state flew faster to the cylinder than non-rewarded bees,” said the study in the journal Science, led by Clint Perry at the University of London.

“Much like happy people are more likely to make optimistic judgments about ambiguous situations.”

The sugar-buzzed bees also appeared to recover faster from a scare – when they were briefly caught and released, as if attacked by a predator spider – than bees that had not indulged in the sweet treat.

“Sweet food can increase positive emotions and improve negative mood in human adults, and reduce crying and grimacing of newborns in response to aversive stimuli,” said the study.

“If drinking an unexpected sucrose solution caused a positive emotion–like state in bees, we predicted that, after consumption, bees’ aversive reaction to the ‘predator’ would be attenuated,” it added.

Researchers said their study lends support to “the notion that invertebrates have states that fit the criteria defining emotion.”

But much remains to be understood about what bees may be feeling, and how it matters to their survival.

“Whether ’emotion-like’ states in insects are accompanied by emotional feelings remains unanswered,” said a related commentary by Michael Mendl and Elizabeth Paul.

“But the possibility of insect consciousness is now the topic of exciting new theories and vigorous debate.” – Rappler.com