US relies on industry help to make ‘giant leap’ to Mars 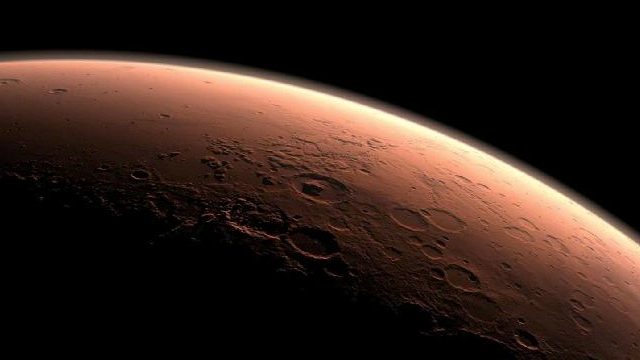 Facebook Twitter Copy URL
Copied
(UPDATED) 'These missions will teach us how humans can live far from Earth – something we'll need for the long journey to Mars,' US President Barack Obama says

WASHINGTON DC, USA (UPDATED) – US President Barack Obama said Tuesday, October 11, the nation is relying on private industry to find ways to make the “giant leap” to Mars, with human missions on the horizon by the 2030s.

The US president’s announcement confirmed a long-standing agreement to partner with commercial companies on future missions to deep space, and gave some new details on how such collaborations will play out in the coming years, particularly aboard the International Space Station.

“We have set a clear goal vital to the next chapter of America’s story in space: sending humans to Mars by the 2030s and returning them safely to Earth, with the ultimate ambition to one day remain there for an extended time,” Obama wrote in an essay posted by CNN.

“I’m excited to announce that we are working with our commercial partners to build new habitats that can sustain and transport astronauts on long-duration missions in deep space,” he added.

“These missions will teach us how humans can live far from Earth – something we’ll need for the long journey to Mars.”

Obama also touted an upcoming conference of top scientists, engineers, innovators and students later this week in Pittsburgh, Pennsylvania, as a chance “to dream up ways to build on our progress and find the next frontiers.”

In August, NASA announced that six companies had been selected to work on deep space habitats, and would receive a combined total of $65 million over the next two years.

Habitats, or expandable living quarters, may be erected on a planet’s surface or used to shelter astronauts traveling on a spaceship.

The issue of getting enough food and water into space to feed astronauts on a months or years-long mission to deep space has also been a key logistical problem, and little research has been done to show how this might work.

“Getting there will take a giant leap,” Obama wrote, alluding to words spoken July 21, 1969 by astronaut Neil Armstrong as he walked on the Moon. (“That’s one small step for man, one giant leap for mankind.”)

“But the first, small steps happen when our students – the Mars generation – walk into their classrooms each day,” Obama said.

Commercial use of space station

A second element of Obama’s plan involves encouraging commercial companies to use the International Space Station, which circles the planet in low-Earth orbit, about 250 miles (400 kilometers) high.

A recently installed docking adaptor will allow more companies to park their spaceships at the orbiting outpost, a global collaboration that includes the United States, Russia, Europe, Japan and Canada.

Once the ISS’s mission ends in 2020, it could be used as a base to help set up other commercial space stations, said NASA administrator Charles Bolden.

The US space agency asked companies for input and “the private sector responded enthusiastically, and those responses indicated a strong desire by US companies to attach a commercial module to the ISS that could meet the needs of NASA as well as those of private entrepreneurs,” said Bolden.

“As a result of the responses, this fall, NASA will start the process of providing companies with a potential opportunity to add their own modules and other capabilities to the International Space Station.”

Obama has long pushed for sending Americans to new frontiers, including an asteroid and Mars.

He angered some Republicans in his first term when he cancelled a program, called Constellation, aimed at returning astronauts to the Moon, in favor of pursuing deep space exploration instead.

In April 2010, Obama outlined his vision for sending people to the Red Planet, Earth’s neighbor, by the 2030s.

Bolden described Obama’s plan as “pushing the bounds of human discovery, while also revitalizing the space industry and creating jobs here at home.”

NASA is currently developing a powerful rocket known as the Space Launch System and a deep space capsule, Orion.

A US mission to send humans into the area of space beyond the Moon, but not as far is Mars, is planned for the 2020s. – Rappler.com