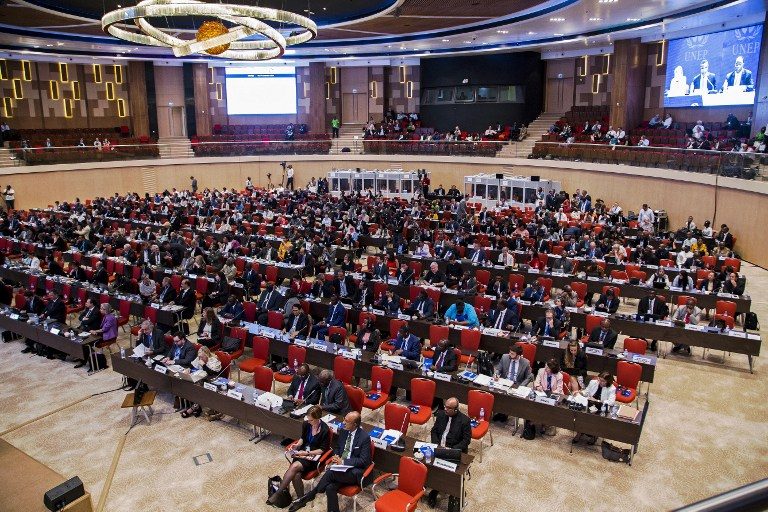 Envoys from nearly 200 nations are in the Rwandan capital to thrash out an agreement to phase out hydrofluorocarbons (HFCs), which were introduced in the 1990s to save the ozone layer – but turned out to be catastrophic for global warming.

Halting the use of HFCs – also found in aerosols and foam insulation – is crucial to meeting the goals to curb the rise of global temperatures agreed in a historic accord drafted in Paris last year.

“We should not allow ourselves to be satisfied with making a little bit of good progress when it is within our power to actually solve the problem,” Kagame told the meeting, attended by representatives of 197 countries.

US Secretary of State John Kerry is among the 40 ministers expected.

Kagame, whose small east African nation has put the environment at the heart of its development strategy, said that eradicating HFCs “will make our world safer and more prosperous”.

Maxime Beaugrand of the Institute for Governance and Sustainable Development was positive that there would be an agreement Friday, October 14, to phase out HFCs.

“Negotiations are moving in the right direction. I think we can expect an amendment tomorrow in Kigali and I think it will be sufficiently ambitious,” she told Agence France-Presse.

HFCs predecessors, chlorofluorocarbons (CFCs), were discontinued under the ozone-protecting Montreal Protocol when scientists realized the compounds were responsible for the growing hole in the ozone layer, which protects Earth from the Sun’s dangerous ultraviolet rays.

However it emerged that HFCs – while safe for the now-healing ozone – are thousands of times worse for trapping heat in the atmosphere than carbon dioxide, the main greenhouse gas.

“(HFCs) are increasing at a rate of 10-15% a year,” Greenpeace global strategist Paula Carbajal told Agence France-Presse. “That makes them the fastest-growing greenhouse gas.”

According to a study by the Berkeley National Laboratory, residential air conditioning is the cause of the largest growth in HFCs – and the world is likely to have another 700 million air conditioners by 2030.

Beaugrand said alternatives to HFCs existed in all refrigeration sectors.

These alternatives “either have less of a warming potential than HFCs or they are natural like ammonia”.

Other alternatives are water and gases called hydrofluoroolefins (HFOs) which are a form of HFCs, however some, like Greenpeace, believe these are still too dangerous.

The Paris climate agreement aims to keep global warming below two degrees celsius, compared with pre-industrial levels, and continued use of HFCs could prove a serious stumbling block to attaining the goal.

“If HFC growth is not stopped, it becomes virtually impossible to meet the Paris goals,” said David Doniger of the Natural Resources Defense Council, an environmental advocacy group.

HFCs – though they are greenhouse gases like carbon dioxide, methane and nitrous oxide – are not dealt with under the Paris Agreement but under the Montreal Protocol, adopted in 1987.

Negotiators are weighing various proposals for amending the protocol to freeze HFC production and use, with possible dates for such moves ranging from almost immediately to as late as 2031.

India – which is a major HFC producer along with China – backs the later date, while countries in very hot parts of the world where HFC-using air conditioners are in high demand, want temporary exemptions.

“No one, frankly, will forgive you nor me if we cannot find a compromise at this conference because this is one of the cheapest, one of the easiest, one of the lowest hanging fruits in the entire household of climate mitigation,” Erik Solheim, head of the UN Environment Programme, told delegates. – Rappler.com