Oct 27, 2016 4:32 PM PHT
KD Suarez
Facebook Twitter Copy URL
Copied
In the Philippines, at least 4 agencies are handling functions that are usually done by a space agency. The proposed PhilSA will be an attached agency of the Office of the President. 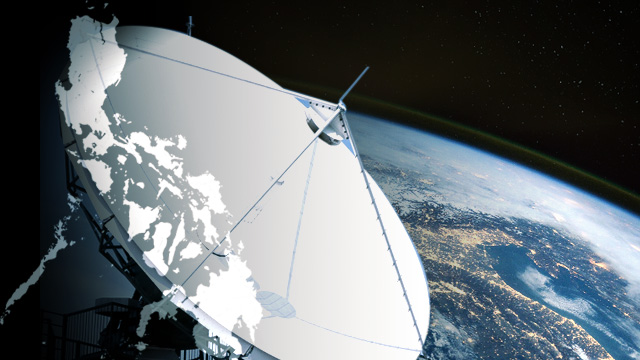 MANILA, Philippines – The push for the establishment of a Philippine space program has been revived with the filing of bills in the Senate and the House of Representatives.

House Bill 3637 and Senate Bill 1211, filed in September, both aim to establish a Philippine space development program, as well as the formation of a Philippine Space Agency (PhilSA).

“As a developing country and emerging economic powerhouse in the Asia-Pacific region, it is crucial for the Philippines to embark [on] the efficient utilization of space science and technology applications to address various national development and security issues,” Aumentado and Jalosjos said in the House bill’s explanatory note.

“The PhilSA would be responsible for developing space science technology policies, implementing research and education programs, and establishing industry linkages between private and public sector stakeholders,” the Senate bill’s explanatory note read. “Lastly, the PhilSA would be our country’s representation for international space agreements and arbitrations.”

The bills propose to establish 6 key development areas for the country’s space policy:

“A Philippine Space Agency, with its consolidated programs and strategies for space science and technology, will pave the way for future Filipino astronomers, space scientists, and astronauts by laying down a strong foundation in space science education and research,” Aquino said in the Senate bill’s note.

The proposed PhilSA will be an attached agency of the Office of the President.

Long road to a space program

This is not the first time a bill was filed seeking to establish a national space program. House Bill 6725 was filed in 2012 during the 15th Congress. It proposed the creation of the Philippine Space Agency. (READ: Is PH ready for liftoff?)

Prior to this, there have been efforts to build a space science road map, in particular a 2005 Astronomy Road Map under PAGASA, but these did not prosper.

At present, the National SPACE Development Program (NSDP) is handling the “frameworks and foundations” for a possible future Philippine space agency. It is under the Philippine Council for Industry, Energy, and Emerging Technology Research and Development (PCIEERD), an agency of the Department of Science and Technology.

Despite not having a central space agency, the Philippines has made advances in space science in recent months.

In April, the country’s first microsatellite, the Diwata-1, developed by a team of Filipino engineers and scientists under the supervision of Japanese experts, was launched into space. The microsattelite is part of the 3-year Philippine Microsatellite (PHL-Microsat) Program, under PCIEERD. – Rappler.com