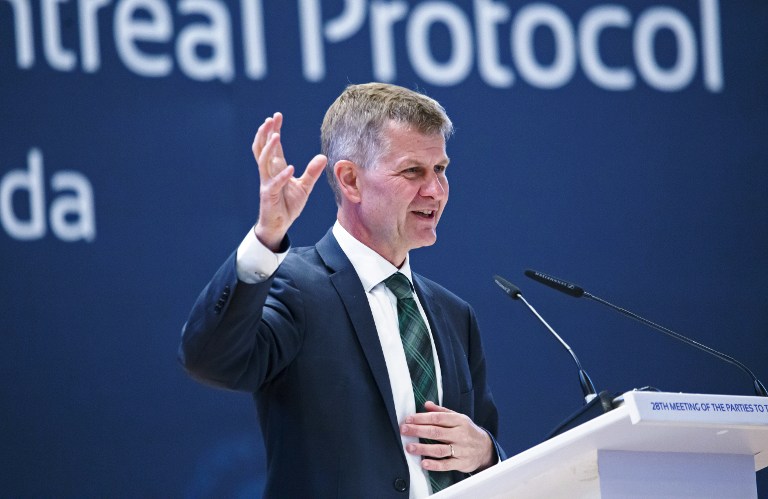 As they stand, these commitments – which do not kick in until 2020 – would still allow average global temperatures to climb as high as 3.4 degrees Celsius (6.1 degrees Fahrenheit) by the end of the century, a recipe for massive climate damage, the UN Environment Program (UNEP) said in its annual “Emissions Gap” report.

“If we don’t start taking additional action now, beginning with the upcoming climate meeting in Marrakesh, we will grieve over the avoidable human tragedy,” said UNEP head Erik Solheim.

UN climate negotiators from 196 countries – tasked with implementing the landmark Paris climate pact entering into force on Friday – gather in the Moroccan city next week.

“The growing number of climate refugees hit by hunger, poverty, illness and conflict will be a constant reminder of our failure to deliver,” Solheim said in a statement.

The UNEP report tracks the so-called global carbon budget – the total amount of greenhouse gases humanity can add to the atmosphere without pushing temperatures above the threshold of destructive global warming.

Going into the Paris climate summit last December, that redline had been set at 2C (3.6F) above pre-industrial era levels.

But a maelstrom of climate-enhanced natural disasters – including deadly storm surges, droughts, floods, and wildfires – prompted nations to lower the danger threshold to “well below” 2C, and even 1.5C (2.7F) if possible.

The new report finds that the CO2 emissions projected for 2030 – including national carbon-cutting pledges – must be slashed an additional 25% to have even a reasonable chance of avoiding crippling climate impacts.

2015 was the first year in which average surface temperatures were a full degree Celsius above the pre-industrial benchmark. – Rappler.com