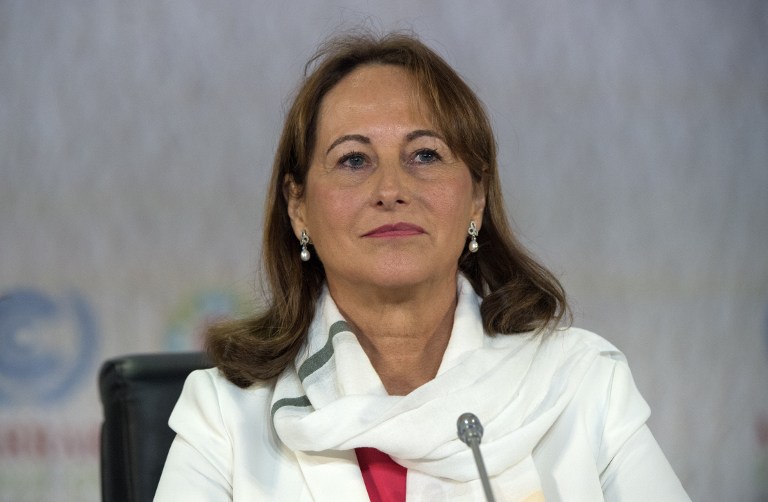 “As I speak, 103 countries representing 70% of (greenhouse gas) emissions have ratified it, and he cannot – contrary to his assertions – undo the Paris Agreement,” she told French radio station RTL.

Trump has described global warming as a “hoax” perpetrated by the Chinese government, and has said at different times that he would “renegotiate” or “cancel” the 196-nation deal.

Royal noted that under the terms of the agreement, the United States must wait at least 3 years before seeking to withdraw.

Diplomats and business leaders invested in moving the global economy from fossil fuels to renewables hope the gathering momentum of that transition will carry the United States with it, regardless of Trump’s views.

“President-elect Donald Trump has been the source of a lot of bluster on climate change over the last year,” Hilda Heine, President of the storm-ravaged Marshall Islands, said in a statement.

“But now that the election campaign has passed and the realities of leadership settle in, I expect he will realise that climate change is a threat to his people and to whole countries which share seas with the US, including my own.”

Christiana Figueres, UN climate chief for 6 years until this summer, said Trump must realise that rapidly phasing out coal, oil and gas “is good for the US economy, for jobs, for growth.”

Some green groups were far less diplomatic in their reaction to the surprise outcome of the US vote.

“Trump’s election is a disaster, but it cannot be the end of the international climate process,” said May Boeve, executive director of 350.rog, a global group pushing for divestment from fossil fuels.

“Our work becomes much harder now, but it’s not impossible, and we refuse to give up hope.” – Rappler.com