1.4B jobs depend on pollinators – report

Nov 29, 2016 8:02 AM PHT
Agence France-Presse
Facebook Twitter Copy URL
Copied
A study warns of a dire threat to human welfare if the falls in bee and butterfly numbers are not halted 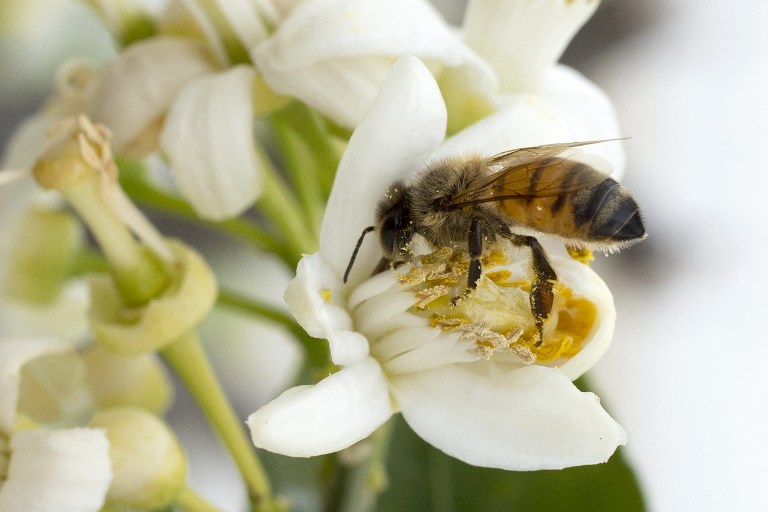 PARIS, France – About 1.4 billion jobs and 3/4 of all crops depend on pollinators, researchers said Monday, November 28, warning of a dire threat to human welfare if the falls in bee and butterfly numbers are not halted.

“World food supplies and jobs are at risk unless urgent action is taken to stop global declines of pollinators,” said a statement from the University of Reading, whose researchers took part in the global review.

Animal pollination directly affects about 3/4 of important crop types, including most fruits, seeds and nuts and high-value products such as coffee, cocoa and oilseed rape.

“This is particularly important to the world’s poorest rural communities, 70% of whom rely on agriculture as the main source of income and employment.”

Most pollinators are insects such as bees, butterflies, moths, wasps and beetles, but others include birds, bats and lizards while some crops are pollinated by wind.

The team said crops which depend on animal pollinators are crucial for balanced human diets, providing micronutrients such as vitamins A and C, calcium, fluoride and folic acid.

“Pollinator losses could therefore result in a substantial rise in the global rate of preventable diseases,” the researchers wrote.

“This could result in about 1.4 million additional deaths per year and approximately 29 million lost years of healthy life,” the researchers wrote.

Wild plants are also at risk – more than 90% of tropical flowering plant species rely on animal pollination, said the team.

Almost 1 in 5 vertebrate pollinators, mostly birds and bats, are threatened with extinction.

And among bees – the most numerous pollinators by far – about 9% were catalogued as threatened, with a similar percentage for butterflies.

The true number for bees may be much higher, given the lack of data on many species, said the report.

There are some 20,000 species of bees responsible for fertilizing more than 90% of the world’s 107 major crops.

Bee populations have been hit in Europe, North America and elsewhere by a mysterious phenomenon called “colony collapse disorder”, which has been blamed on mites, a virus or fungus, pesticides, or a combination of factors.

The authors of the review called for measures to protect pollinators against farming’s worst side-effects.

These could include using natural pest predators instead of pesticides, planting strips of flowers between crops, rotating crops to include flowering plants, and restoring native wild flower habitats to house pollinator communities.

Manmade infrastructure such as power lines, railway banks and even motorways could be adapted to provide flowering and nesting spots for pollinators, the team wrote. – Rappler.com