IN PHOTOS: Groups urge end to firecracker use on New Year’s Eve MANILA, Philippines – Environment and animal welfare groups are urging Filipinos to break the “dangerous, deadly and dirty habit” of using firecrackers to welcome the New Year.

With their pets in tow, the advocates joined the Ecowaste Coalition in a walkathon on Wednesday, December 28, seeking compassion from Filipinos this coming New Year’s Eve celebration.

“With only few days left until we bid 2016 goodbye, we exhort all Filipinos, who are generally known as animal-loving people, to drop the dangerous, deadly and dirty habit of ushering in the New Year with firecrackers as these are injurious to humans, animals and the ecosystems at large,” Aileen Lucero, National Coordinator of the Ecowaste Coaltion said. “Because of their acute sense of hearing, what is loud to us, humans, is deafening to them.  With the warlike detonation of firecrackers, it is not hard to imagine the terror that our furry friends have to go through, especially on New Year’s Eve,” said Cabrera. 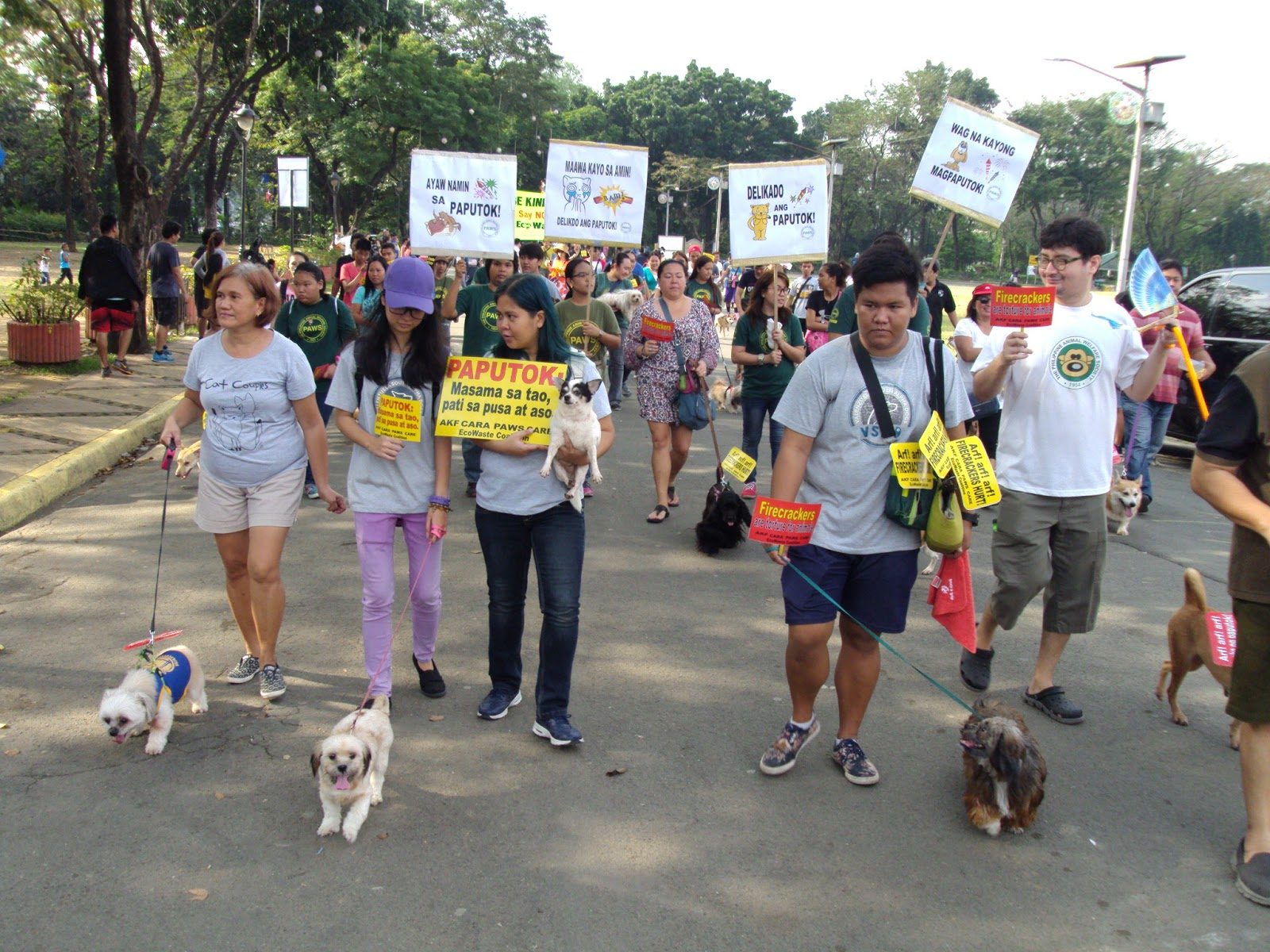 The groups advised pet owners to take the following steps in case there are a lot of firecracker users in their areas: The groups urged authorities to ban the use of firecrackers during celebrations. CARE called on local governments to pass ordinances that will ban firecrackers, adding that this will reduce the number of New Year’s Eve-related deaths and injuries.

“The physical and psychological harm is not only inflicted on humans and their animal companions but also for many stray dogs and cats that require our urgent attention, as well as wildlife.” CARE spokesperson Merci Ferrer said.

President Rodrigo Duterte earlier said he would ban the use of firecrackers nationwide, just as he had done in Davao City when he was mayor.

The President, however, had to defer issuing an executive order implementing the nationwide firecracker ban as it would lead to job losses in the frecracker industry. – Rappler.com