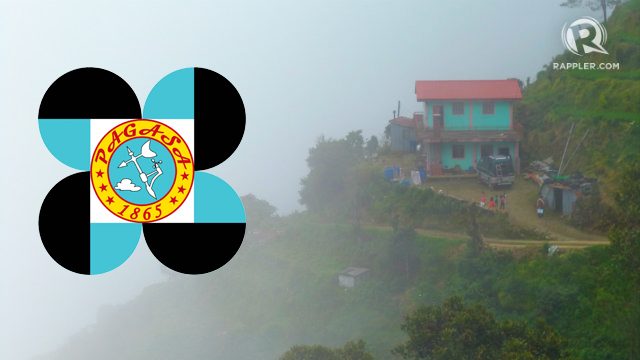 Facebook Twitter Copy URL
Copied
State weather bureau PAGASA says that if the negative temperature was indeed true, then Atok and nearby municipalities should have experienced snow

A Facebook post by the Office of Civil Defense – Cordillera Administrative Region (OCD-CAR), showed photos taken by Philip John Haight of vegetables in Atok, Benguet covered in frost, together with a thermometer that reportedly read -2 to -3 degrees Celsius, respectively.

The said post, which was already taken down, widely circulated on social media.

In a statement released on Friday, February 17, PAGASA clarified this by saying that they verified with the acting head of Atok’s disaster office and a personnel of Mayor’s office who both confirmed that the “said reading was conducted by a farmer through ground temperature.”

This, according to the agency, is “not the proper way of observation.”

An investigation conducted by PAGASA Baguio Weather Station, Atok Municipal Disaster Risk Reduction and Management Officer and personnel of the mayor’s office, proved that indeed the news was not true.

(What we should measure is the atmospheric temperature in the environment, not its actual impact on the ground. Of course, if you put the thermometer on the ground, there are ice particles already, that is why it measured negative.)

“There is no possibility that Atok will experience negative temperature,” PAGASA’s statement said.

The agency added that, if the negative temperature did happen, then the frost in Atok would not only be found in riverbanks, but would have been widespread as well. They should have also experienced snow in their area and nearby municipalities.

According to Atok, Benguet’s Automatic Weather Station, the lowest temperature recorded in the municipality on Wednesday, February 15 was 6.5 degrees Celsius. – Rappler.com