Feb 23, 2017 7:14 PM PHT
Agence France-Presse
Facebook Twitter Copy URL
Copied
This time, the Dragon cargo ship makes a 'perfect approach to the capture point,' a NASA commentator says, and is grabbed by the station's robotic arm at 5:44 am (1044 GMT) 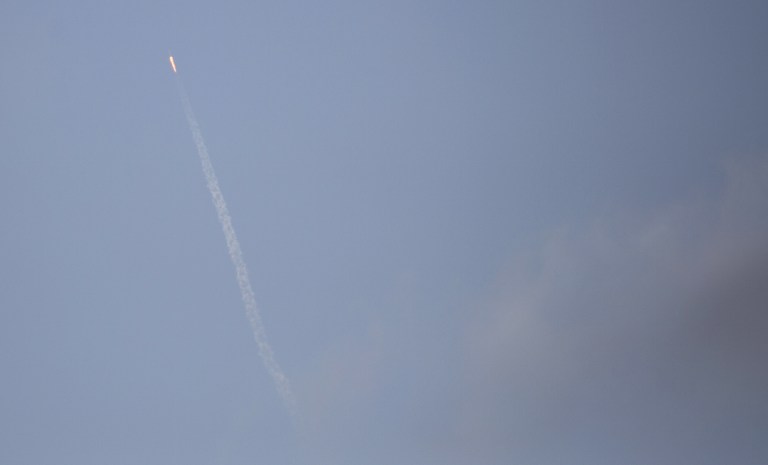 MIAMI, USA – An unmanned cargo ship packed with food and supplies for astronauts arrived safely at the International Space Station on Thursday, February 23, a day after SpaceX aborted the process due to a GPS problem.

This time, the Dragon cargo ship made a “perfect approach to the capture point,” a NASA commentator said, and was grabbed by the station’s robotic arm at 5:44 am (1044 GMT).

Astronauts Thomas Pesquet of France and Shane Kimbrough of the United States operated the 57-foot (18 meter) robotic arm to capture the Dragon, which will be berthed to the station and unpacked later Thursday.

“We had a great capture,” Kimbrough said. “Thomas did an awesome job.”

The gum-drop shaped Dragon vessel is packed with more than 5,000 pounds (2,267 kilograms) of food, gear and science experiments for the six astronauts living at the orbiting space station.

“Congratulations Dragon on a successful journey from Earth and welcome aboard,” said Pesquet.

The cargo launched into space Sunday aboard a Falcon 9 rocket from Cape Canaveral, Florida, marking SpaceX’s 10th resupply mission under a contract with NASA.

SpaceX is currently working on another version of the Dragon that aims to ferry people to space as early as 2018.

Since the US space shuttle program ended in 2011, the world’s astronauts have paid Russia to ride to the space station aboard the Soyuz capsules. The price tag is currently $82 million per seat. – Rappler.com