Mar 18, 2017 7:39 AM PHT
Agence France-Presse
Facebook Twitter Copy URL
Copied
According to the UN's World Health Organization, 3.3 million deaths around the globe every year are the result of harmful alcohol use – almost 6% of all deaths 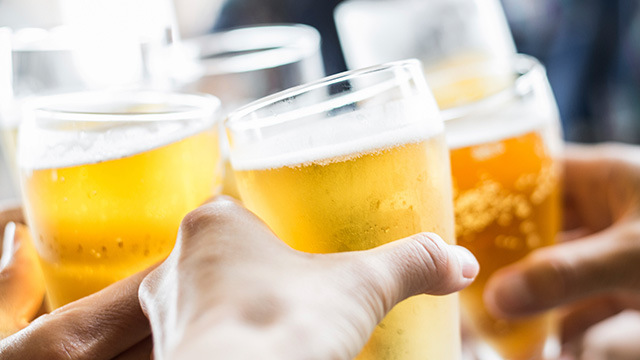 PARIS, France – French researchers provided fresh evidence Friday, March 17, to support claims that a drug touted as a miracle cure for alcoholism, and prescribed for this purpose in France, actually works.

The drug, baclofen, had “a positive effect” at high doses in reducing alcohol consumption over a year of treatment, according to study results released at a conference in Paris.

Developers reported on a drug trial named Bacloville, conducted among 320 heavy drinkers aged 18 to 65 between May 2012 and June 2013.

The trial compared the safety and efficacy of the drug given to some participants at high doses, to a “dummy” placebo pill given to others.

Neither the trial participants nor their monitors knew who was getting which pill. The patients were not asked to refrain from alcohol.

A second study, dubbed Alpadir, also reported Friday that people who received the medicine made bigger cuts in drinking compared to those given a placebo.

French health authorities gave provisional approval for use of baclofen, originally designed and widely used to treat muscle spasms, in 2014 for the treatment of alcoholism.

Many people in other countries are thought to use the drug without a prescription to fight alcoholism.

Interest was sparked in 2008 by a book, “Le Dernier Verre” (The Last Drink), by French-American cardiologist Olivier Ameisen, who claimed to have self-treated his alcoholism with high doses of baclofen.

A subsequent French trial found high doses of the drug caused a significant percentage of heavy drinkers to give up or moderate their intake.

Several trials since then have come up with contradictory findings.

Last year, Dutch researchers in a different study found the drug may work no better than counseling.

Without proof of its efficacy, prescribing high doses of the drug known as baclofen may be irresponsible, they warned at the time.

Ethypharm, the laboratory developing the drug, said Friday it would submit an application by month-end for the commercialization of baclofen for the treatment of alcoholism in France.

According to the UN’s World Health Organization, 3.3 million deaths around the globe every year are the result of harmful alcohol use – almost 6% of all deaths. – Rappler.com