Facebook Twitter Copy URL
Copied
The giant shipworm, Kuphus polythalamia, a rare, giant, worm-like clam, is finally discovered in a shallow bay in Mindanao by a team of scientists from the US and the Philippines

MANILA, Philippines – It’s a scientific legend that became real, and for the squeamish, the stuff nightmares are made of – the discovery of a giant shipworm the size of a baseball bat.

For years, scientists have been looking for the giant shipworm, Kuphus polythalamia, a rare, giant, worm-like animal, officially classified as a mollusc (relatives of snails and squids). Some have even labeled it the “unicorn of molluscs.”

The existence of the animal was first recorded in the 18th century through their long, tusk-like shells 3- to 5-feet long, but it has never been seen alive, according to lead investigator Daniel Distel, a research professor and director of the Ocean Genome Legacy Center at Northeastern University.

Finally, the search for the elusive animal had a major lead when a documentary aired on Philippine TV showed the “bizarre creatures planted, like carrots, in the mud of a shallow lagoon.” Finally: live specimens of the giant shipworm.

What they found in a “marine bay formerly used as a log storage pond” in Mindanao: a giant, wriggly, black creature living inside a shell, very different from the shipworms that people usually see burrowing in wood.

Unlike the “regular” shipworms that burrow in wood that have washed into the sea, the researchers found that the Kuphus species thrive in mud rich in organic nutrients and hydrogen sulfide. This hydrogen sulfide is used by bacteria living in the shipworm’s gills to produce carbon, which is the primary “food” of the mollusc. 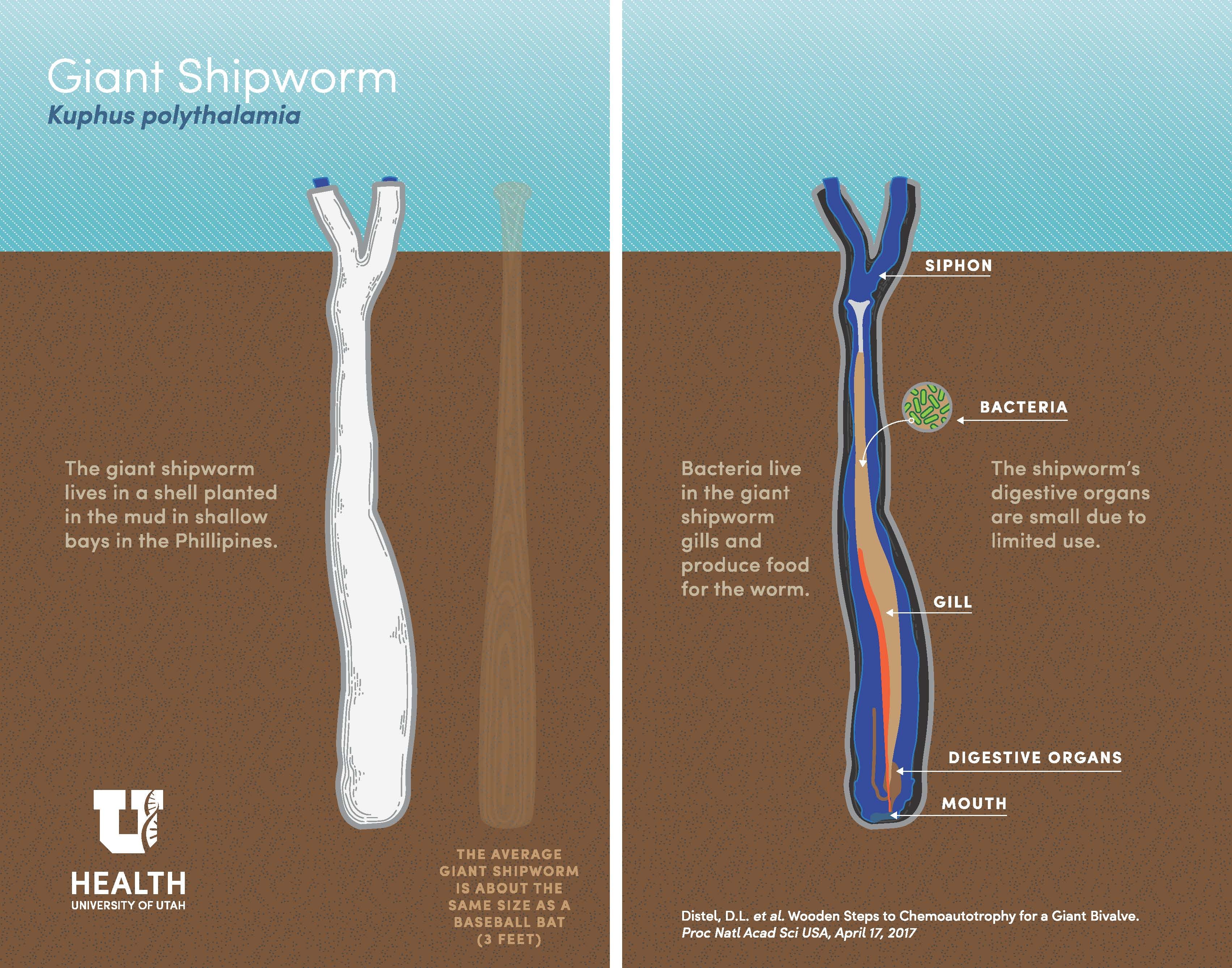 The scientists will continue studying the unique animal, in particular how it adapted to its unique habitat and used the stinky gas to survive.

The study revealing the findings was published online in the Proceedings of the National Academy of Sciences on Monday, April 17. – Rappler.com