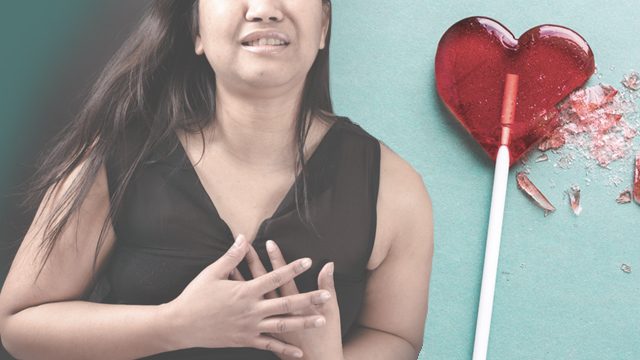 When I wrote in a previous column, “Recognize shams and hoaxes, real or virtual; they still all aim for your one soul. Words, we now know, unleash hooks and spikes in your mind’s holes that could shatter the mighty bones of our soundless souls,” I was not overextending poetic license. It has long been established by scientific studies that indeed, emotional pain from social rejection, whether from a romantic break-up, bullying or just being left-out of a social circle , causes you pain that is as real as a broken leg. That is why when you experience emotional pain, you actually feel sick. Here are 5 reasons why:

1.  We are fundamentally wired to be social. We humans have survived because of our very strong wiring for social attachment so it makes a lot of sense that when there is anything that would threaten the stability of those connections, we have to feel the signal in order to be warned. To make it worse, among other mammals, we seem to hold the record of taking the longest time to mature and wean from our childhood attachments. This means that we take a longer time to learn to be resilient to disruptions in our social lives.

Thus, having to change schools or residences that would mean a change in our set of friends would really set us up for pain. Scientists think that the emotional pain that we feel when we are socially wounded, as when we have a broken heart (and there are so many ways to have one’s heart break), is nature’s way of making us prevent social separations which in general, harm us. So just like your limbs are fundamentally built in to your anatomy that even if you lose an arm or leg, you can still feel them (phantom limb), these brain connections for social attachments are as strongly wired to who you are and what you feel.

2. Headaches and heartaches “wallow” in the same brain region. When your heart is broken and you can’t seem to bring yourself to get up from your bed or much more so, to work, most people will probably just tell you that it is “all in your head.” If they do that, you should tell them that you certainly hope so because it would be absolutely strange to feel pain outside of what is going on in your own head.

Studies have shown that indeed pain activates specific brain regions and moreso, they have demonstrated that whether people were tested for physical or social pain, the same brain region called the dorsal portion of the anterior cingulate cortex (dACC) is affected. One of these tests had people’s brains scanned when they were looking at a photo of their former lovers and when they were given a painful heat application. The scans showed that the affected brain parts, including dACC,  overlapped. This means that the pain you experience from a heartache is as real as physical pain.

Yes, pain is  just “all in our head”, as it should be, and that is what makes it real.

3. If you are more sensitive to physical pain, it is more likely that you are more sensitive to emotional pain. Studies have found that people who have a lower threshold for physical pain are also more easily given to start feeling rejected than those who have a higher threshold for pain. To even strengthen the evidence for this, scientists tested for a gene that is already known to affect human sensitivity to physical pain. This gene is called  the mu-opioid receptor gene (OPRM1; A118G) that is associated with physical pain sensitivity. They know this because the ones who carried this rare gene needed more morphine to treat their physical pain. When they tested them for sensitivity to social or emotional pain, indeed, they were found to be more sensitive than those who did not carry the gene. When they also scanned their brains, the scans showed that their social pain was reflected in the pain center – the dACC.

4. Inflammation increases social pain in the same way as it does physical pain. When you have the flu and your insides are inflamed, your muscles ache and you feel so tired and generally rotten, then you consider yourself to be truly sick. Well, guess what, in an experiment, when scientists induced inflammation on their test subjects, they found that it also increased their sensitivity to emotional pain. They more easily felt rejected and excluded from the social ties they valued. Thus, not only is there brainpain in social pain – there is also actual inflammation going on behind the emotional pile of rubble that you are when your heart gets broken.

5.  Acetaminophen and placebos can relieve your heartache.  Since scientists have been building up evidence of how strongly linked physical and social pain were, they suspected that what could ease one could also ease the burden on the other. And indeed, they found that if you are feeling so bad over the loss of someone you love, painkillers like acetaminophen (also aspirin), while it will not erase the pain altogether, would be able to bring you to a level where you feel better. And because time is another constant aspirin, more time should generally help you get back on track. In fact, a current study found that even a placebo (a spray that the test subjects were told is a powerful analgesic against emotional pain but was actually just a saline solution) helped make those in emotional pain, feel better.

The reasons above also make the larger, more important case that mental health should not be treated as if things that are “mental” are simply ghost conditions – just illusions or the result of the fraying moral fiber of an individual. Traumatic social pain is as real as your leg or arm being blown off from your body. This “it’s just all in your head” attitude to mental health is not an intelligent response in the face of what the best evidence has shown us so far. “Kindness” then, may be the drug to ease pain with real pharmacological effects. We could all dispense that drug generously today. – Rappler.com