May 2, 2017 11:09 AM PHT
Keith Anthony Fabro
Facebook Twitter Copy URL
Copied
How an endangered species is being saved by the same community that once hunted it 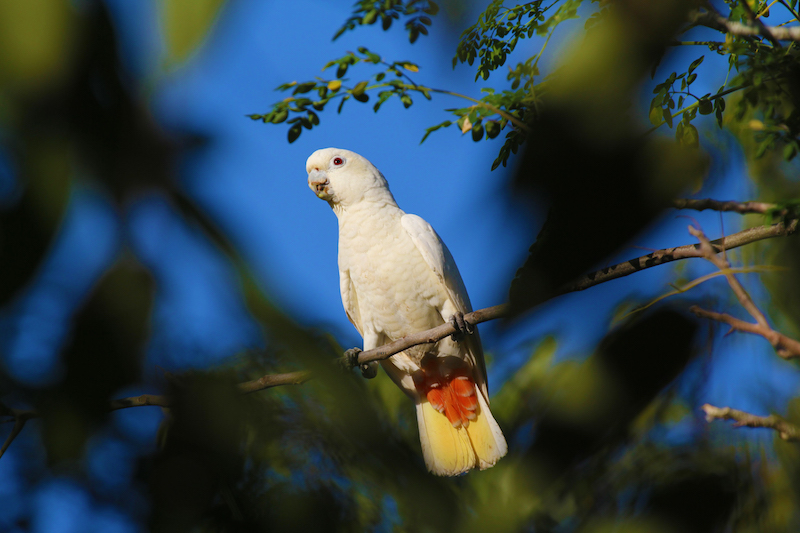 PALAWAN, Philippines — Veronica Marcelo, 51, wakes up early in the morning to go to the coconut-fringed shoreline facing the Rasa Island Wildlife Sanctuary – the stronghold of the critically endangered Philippine cockatoo, locally known as the katala.

She has been doing this for nearly 17 years now, bringing with her a logbook and a pen to monitor the number of katala moving off the island to forage for food.

Marcelo serves as a volunteer for Sagip Katala Movement (SKM), a community-based organization formed under the Philippine Cockatoo Conservation Program (PCCP). SKM is mostly composed of women who devote time to look after the threatened bird species that visits the coastal barangay of Panacan every day.

“I manually count the katala I see flying over and perching on the coconut trees,” says Marcelo. “I don’t find it mundane. When you’re used to doing this task and truly fall in love with it, your day won’t be complete without attending to it.”

Rasa Island is one kilometer off the coast of Barangay Panacan in Narra, a first-class town in southern Palawan. From the mainland, you will be stunned by its verdant mangroves set against the azure sky and cerulean sea.

Five wildlife wardens from the indigenous group Tagbanua are staying there to guard the 1,983-hectare island against unruly poachers.

Interestingly, these warders used to be wildlife poachers. They had a change of heart. after meeting with members of Katala Foundation Inc. (KFI) which has implemented the PCCP since 1998. They opted to become wildlife protectors, to lead dignified lives not just for themselves but also for their familiez. 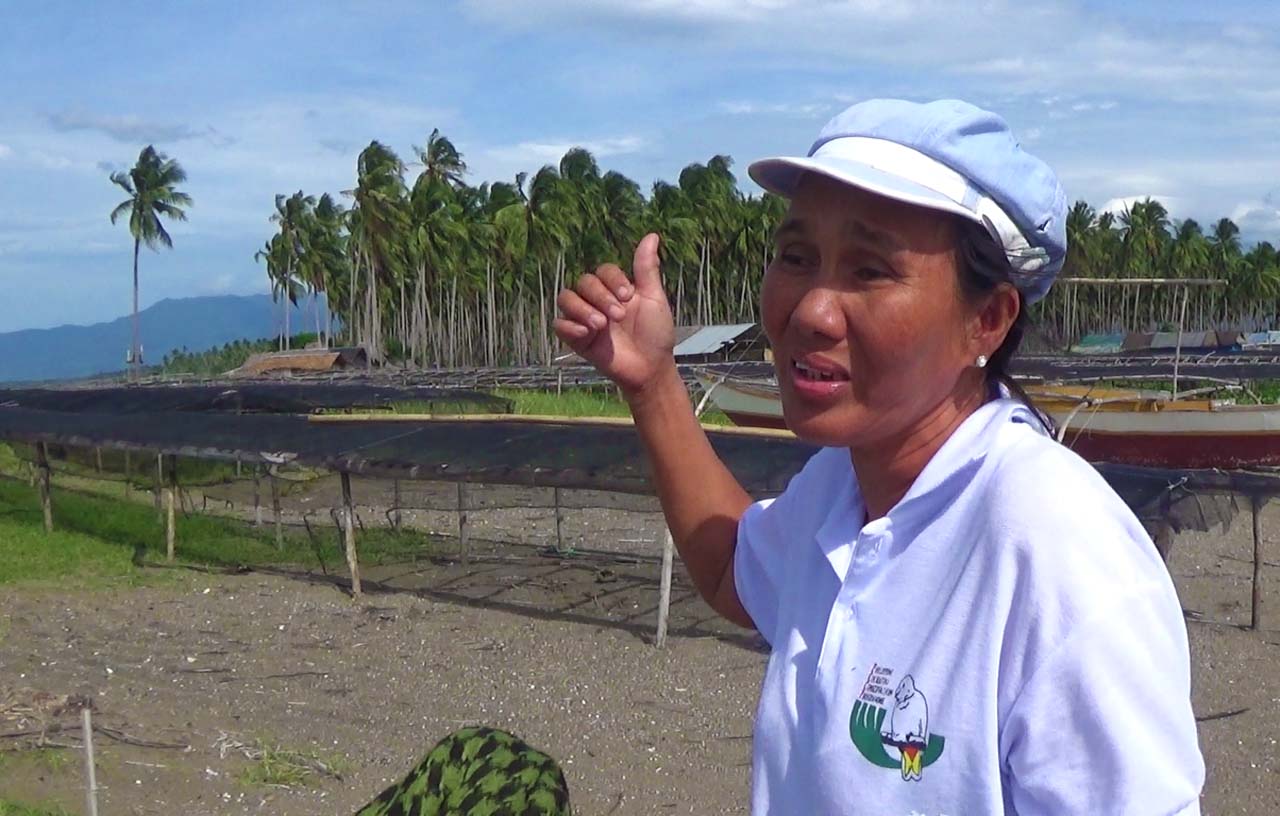 Before it was declared as a protected area, Rasa Island was a silent, hapless witness to the rampant hunting of the red-vented katala.

Wildlife warden Reynaldo Abellar, 36, recalls that when he was 8 years old, he usually frequented the island with his grandfather to gather katala and eventually sell them to buyers who had been supplying the pet trade and the local demand for bush meat.

“Back then, there were days we were able to collect 30-50 heads,” Abellar recounts. “We’re not the only ones who were climbing the trees to fetch katala as there were other outsiders who did the same.”

“It was an easy way of getting money,” quips 49-year-old Lucito Dangis, another wildlife warden.

“I remember when I was young, I was amazed at how my cousins were earning a huge amount of money – a katala offspring can be sold for P50, and it can buy more kilos of rice during that time,” Dangis says.

“It all started as a pasttime until it became a way of life. I’d been training youngsters to do the same so they can help their parents in providing food on the table,” he adds.

The island was also a place from which locals from a nearby fishing village used to cut down mangroves and other tree species for fuel wood and building materials, reducing the number of trees where katala can roost and nest.

For Abellar and Dangis, the realization had dawned on them after taking to heart what the world may stand to lose.

Such threats had caused the local katala population to drop to as low as 23 heads.

“And surely, if we continue hunting for katala, they will definitely vanish in the wild. And when they’re gone, you cannot bring them back anymore,” Abellar says, recalling his epiphany.

The downward trend in the bird’s population was averted when the PCCP intervened. Implemented through non-governmental organization KFI, the katala population has grown to over 300.

“After almost 20 years of project implementation, the population increase is the tangible success indicator,” says KFI Program Manager Indira Widmann. “From 23, now we already have at least 300 individuals of katala here in Rasa Island.” 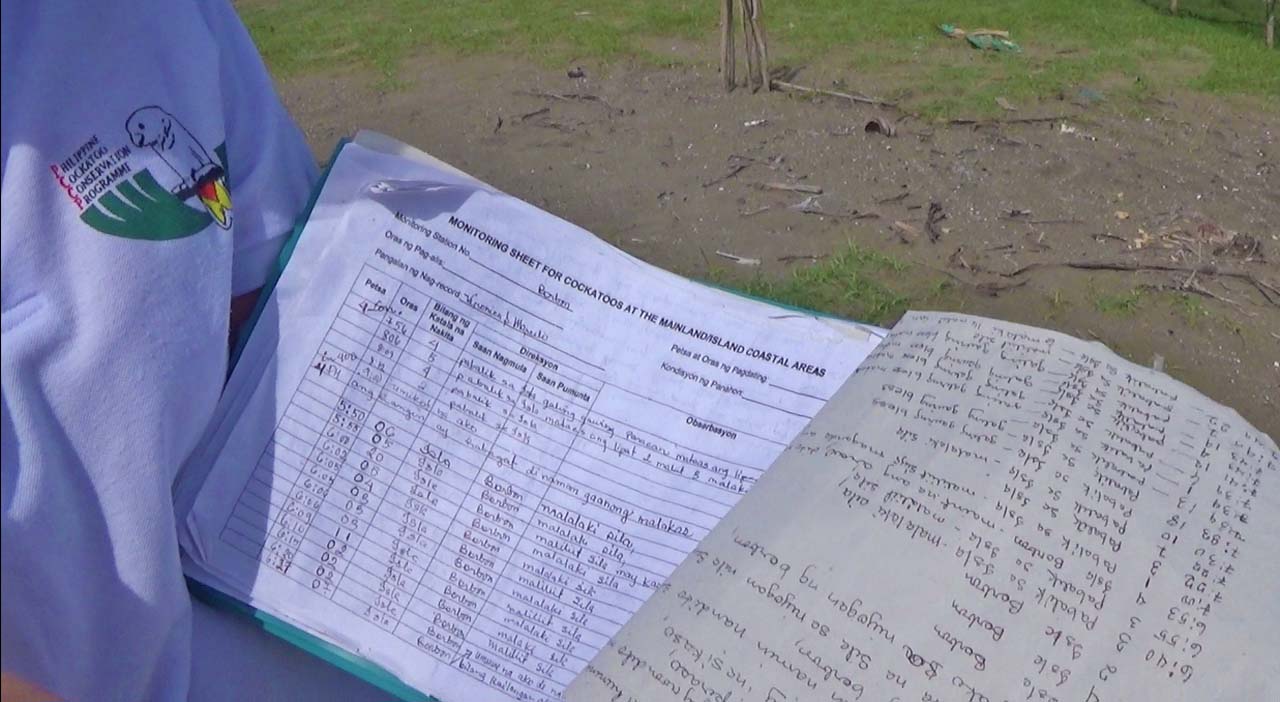 This upward trend can also be seen in the PCCP project sites in Puerto Princesa City and the towns of Balabac in the south and Dumaran in the north.

Now, the population is estimated at a little more than 1,000 individuals in the world.

Aside from katala, the island also nurtures other bird species, notably the great-billed heron, the gray imperial pigeon, and the mantanani scops owl. The immediate seas surrounding it are home to important marine species like dugong, and the green sea and hawksbill turtles.

KFI believes that species conservation would not be enough to ensure the survival of katala. Equally important is the preservation of its natural habitat, which sums up the very essence of ecosystem approach that takes into consideration the environment as a whole. 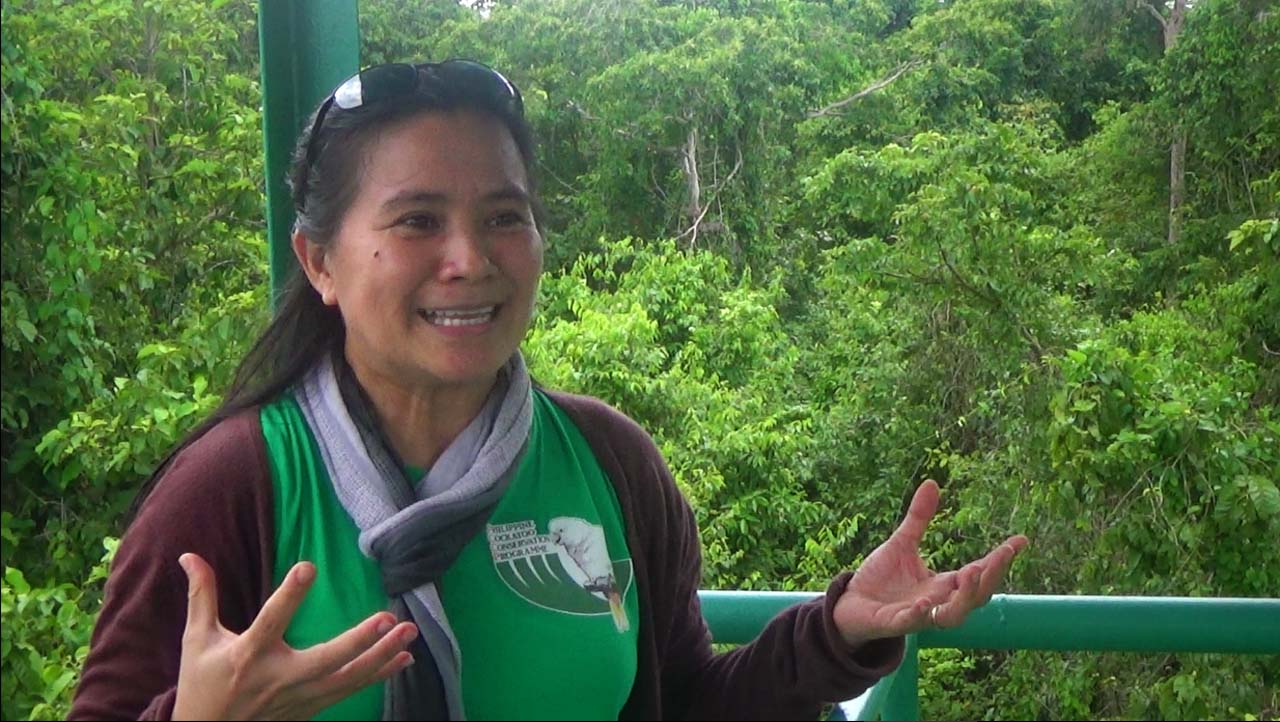 “Inasmuch as we protect the Philippine cockatoo, we are also protecting our very own survival. Through employing a holistic approach – although their habitat is the small patch of coastal, mangrove forests in this island, we are also protecting the marine environment which supports the town’s fishery production,” Wildmann explains.

As a protected area declared through Presidential Proclamation No.1000, s. 2006, all kinds of destructive activities are prohibited in the island and its surrounding waters. On top of that, this wildlife sanctuary is also designated as core or no-take zone in the province’s Environmentally Critically Areas Network map.

Narra Mayor Lucena Demaala says these designations have been further enforced with the rigid implementation of municipal ordinances stopping cyanide and dynamite fishing around the shallow coral island,  prohibiting the cutting of trees, and banning illegal entry and occupation in the island itself.

“The katala is worth conserving for the future generation,” Demaala says.

Conservation education in schools and at the community level continues to encourage the people to share a place with the adorable bird which started to move to the mainland in the 2000s and forage malunggay seedlings at the locals’ backyard, says KFI Field Operations Coordinator Siegfred Diaz.

“People get to know that the existence of katala, as an indicator species dwelling in lowland forests, tells us how healthy our environment is,” Diaz says. “With that, they even more appreciate it flying and even visiting their backyard from time to time.”

Just like in other PCCP sites across Palawan, the Narra local government gives counterpart funding through an annual budget appropriation that provides for  incentives for wildlife wardens.

This feat could not have been achieved without the active participation of all sectors involved, says Widmann. “It’s not about us. This success is a result of the concerted effort of the local government units, international funders, local communities and concerned government agencies.”

The story of conserving the katala teaches people to persevere and not to lose hope. It also shows that people – regardless of the “bad” the things they did – can still change for the common good.

As for Marcelo, she vows to continue her volunteer job until the very end. “I’m getting older and older every day, so strolling by the beach and under the shade of coconut trees, taking in the sea breeze really help me keep fit. Here, I got more friends, young and old alike, and they respect me,” she says.

“As long as I can, I’ll keep going, I’ll keep on telling the younger generation to live in harmony with katala. Aren’t we proud, of all the places in the world, they can be seen here? It’s our country’s living treasure.” – Rappler.com