Jun 29, 2017 7:10 AM PHT
Agence France-Presse
Facebook Twitter Copy URL
Copied
The authors call on leaders set to gather at the G20 summit in Hamburg, Germany, on July 7-8 to highlight 2020 as a make-or-break point for taking action 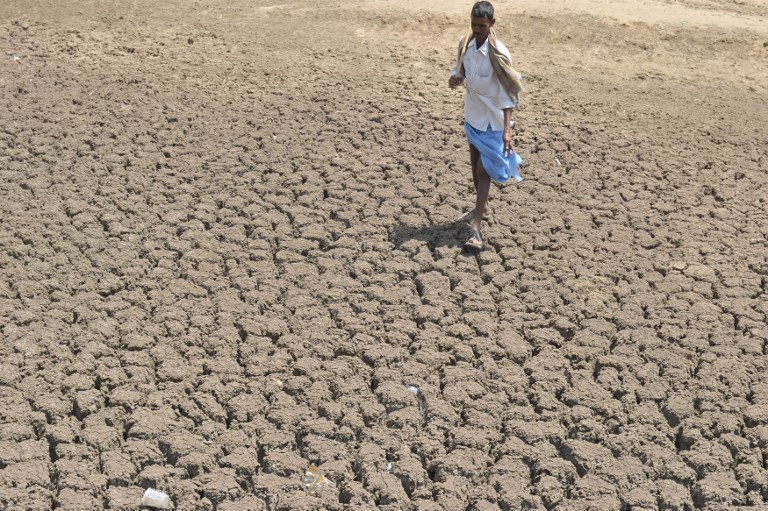 PARIS, France – Humanity must put carbon dioxide emissions on a downward slope by 2020 to have a realistic shot at capping global warming at well under two degrees Celsius, the bedrock goal of the Paris climate accord, experts said Wednesday, June 28.

A world that heats up beyond that threshold will face a crescendo of devastating impacts ranging from deadly heatwaves to mass migration caused by rising seas, the experts warned in a commentary published in the science journal Nature.

With 1.0 degree Celsius (1.8 degrees Fahrenheit) of warming so far, ice sheets that could lift oceans by a dozen meters are melting more quickly, coral reefs are dying from heat stress, and ever more damaging storm surges are hammering coastal communities.

The transition to cleaner energy sources is well underway and is backed by broad consensus on the need to beat back the threat of climate change – with the notable exception of the United States under President Donald Trump.

After rising for decades, global emissions of carbon dioxide driven by the burning of fossil fuels have levelled off during the last two years at about 41 billion tonnes per year.

But even at this rate the planet’s “carbon budget” – the amount of CO2 that can be released into the atmosphere without crossing the 2.0 Celsius (3.6 Fahrenheit) red line – would be used up within a couple of decades, perhaps sooner.

“There is a long way to go to decarbonize the world economy,” according to the commentary signed by former UN climate chief Christiana Figueres, 3 top climate scientists, and two sustainability experts from the business sector.

“When it comes to climate, timing is everything,” they wrote.

The authors called on leaders set to gather at the G20 summit in Hamburg, Germany, on July 7-8 to highlight 2020 as a make-or-break point for taking action.

But after Trump’s decision to withdraw from the Paris Agreement, signed by 196 parties, and his refusal to join a climate consensus at a G7 summit in late May, such an outcome seems doubtful.

A number of benchmarks should be met by 2020, according to the commentary.

Renewable energy – mainly wind and solar – must make up at least 30 percent of the world’s electricity supply, it said. Moreover, no additional coal-fired power plants should be approved after that date.

In the transport sector, electric vehicles – which currently represent one percent of new car sales – should account for 15 percent of the market by that date.

Governments should also require a 20% improvement in fuel efficiency for heavy-duty vehicles, and a 20 percent drop in carbon dioxide pollution per kilometer travelled in the aviation sector.

Still climbing sharply, CO2 from the aviation industry account for about two percent of all human-generated emissions.

Greenhouse gases from deforestation and agriculture, currently about 12% of the global total, must be cut to zero within a decade, the experts wrote.

They also called for concrete measures to curb carbon emitted by heavy industry, as well as by buildings and infrastructure.

Finally, governments and banks must ramp up by tenfold the amount of “green bonds” used to finance CO2-cutting measures, currently about $81 billion (71 billion euros). – Rappler.com