Jun 30, 2017 9:20 AM PHT
Agence France-Presse
Facebook Twitter Copy URL
Copied
But US President Donald Trump insists he is 'proud' of having pulled out from the agreement, saying the move would save US jobs and protect American sovereignty 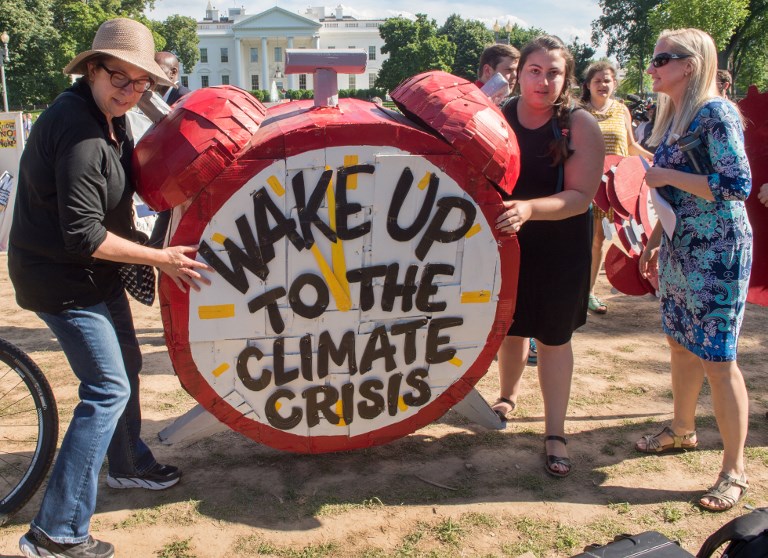 WASHINGTON DC, USA – If the United States fails to take decisive measures to combat climate change, it will become a poorer country facing more dramatic inequality, according to a study published Thursday, June 29.

The poorest third of US counties could see income drops as great as 20% if current trends continue, according to the worst-case projection of the study, published in the journal Science.

An interdisciplinary team of climatologists and economists based its findings on economic models and 116 projections of the impact of climate change.

The study comes just weeks after US President Donald Trump announced that the United States would withdraw from the Paris accord aimed at combating climate change.

His move drew intense international criticism, but Trump insisted on Thursday he was “proud” of having pulled out from the agreement, saying the move would save US jobs and protect American sovereignty.

The new study, however, predicts large-scale economic losses and potentially the greatest transfer of wealth from the poor to the rich in American history, according to Solomon Hsiang, professor of public policy at the University of California at Berkeley, the study’s principal author.

Southern states and those in the lower Midwest that already tend to be hot and relatively poor have the most to lose if economic activity migrates to the North and West, the study said.

“In the absence of major efforts to reduce emissions and strengthen resilience, the Gulf Coast will take a massive hit,” said Robert Kopp, a professor of Earth and planetary sciences at Rutgers University-New Brunswick in New Jersey, a co-author of the study.

“Its exposure to sea-level rise – made worse by potentially stronger hurricanes – poses a major risk to its communities,” he said.

Some regions stand to gain, however.

Cooler and richer counties, along the northern border with Canada and in the Rocky Mountain area, could benefit as the costs of medical care, agricultural products and energy decline.

The researchers estimate that for each 0.55 degree Celsius of global warming, the US economy will lose about 0.7% of its Gross Domestic Product (GDP), with each additional degree of warming costing more than the one before. – Rappler.com