Oct 11, 2017 7:56 AM PHT
Agence France-Presse
Facebook Twitter Copy URL
Copied
Repealing the Clean Power Plan (CPP) was a campaign promise by President Donald Trump and follows his decision in June to withdraw from the 2015 Paris agreement 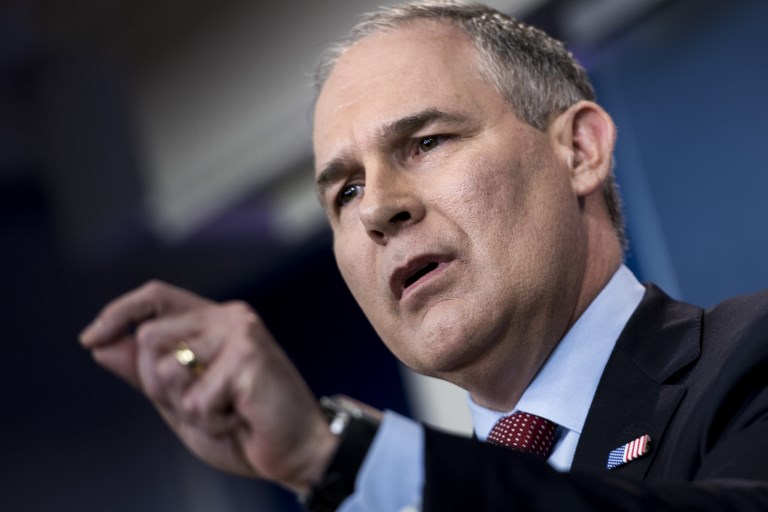 Repealing the Clean Power Plan (CPP) was a campaign promise by President Donald Trump and follows his decision in June to withdraw from the 2015 Paris agreement by nearly 200 countries to cap global warming.

“After reviewing the CPP, EPA has proposed to determine that the Obama-era regulation exceeds the Agency’s statutory authority,” an EPA statement said.

To the anger of environmentalists, EPA Administrator Scott Pruitt announced to Kentucky coal miners on Monday, October 9, that the US would pull out of president Barack Obama’s plan, which had sought for the first time to reduce carbon emissions in the United States from power plants.

It aimed to reduce national electricity sector emissions an estimated 32 percent below 2005 levels by 2030, leading to the closure of the oldest and most polluting coal-fired power stations.

The goal was in line with commitments made by Obama’s administration under the Paris Climate Agreement.

President Trump issued an executive order in March to block the Clean Power Plan. It called on the EPA to review whether it overstepped the authority of government when it called for stricter emissions limits.

Several Republican-dominated states launched judicial challenges to the legislation and the US Supreme Court in February last year halted its implementation until courts could rule on its legality.

“We are committed to righting the wrongs of the Obama administration by cleaning the regulatory slate,” Pruitt said in the EPA statement.

Pruitt, 49, is a Republican and known fossil-fuel ally who repeatedly sued the EPA when he was Oklahoma’s state attorney general.

He is also a skeptic of climate change.

His department says repealing the CPP will save $33 billion by 2030.

The public has 60 days to submit comments before the adoption of a final text.

Coal-fired energy accounted for no more than 21 percent of US power generation in 2015, behind 32 percent for natural gas and 28 percent for petroleum products, the Energy Information Administration says.

The US is the world’s second-biggest emitter of greenhouse gases, after China. – Rappler.com