Nov 28, 2017 11:25 AM PHT
Keith Anthony Fabro
Facebook Twitter Copy URL
Copied
El Nido authorities say they will strictly implement its existing ordinance banning the use of plastics, in keeping with the town's status as a protected area 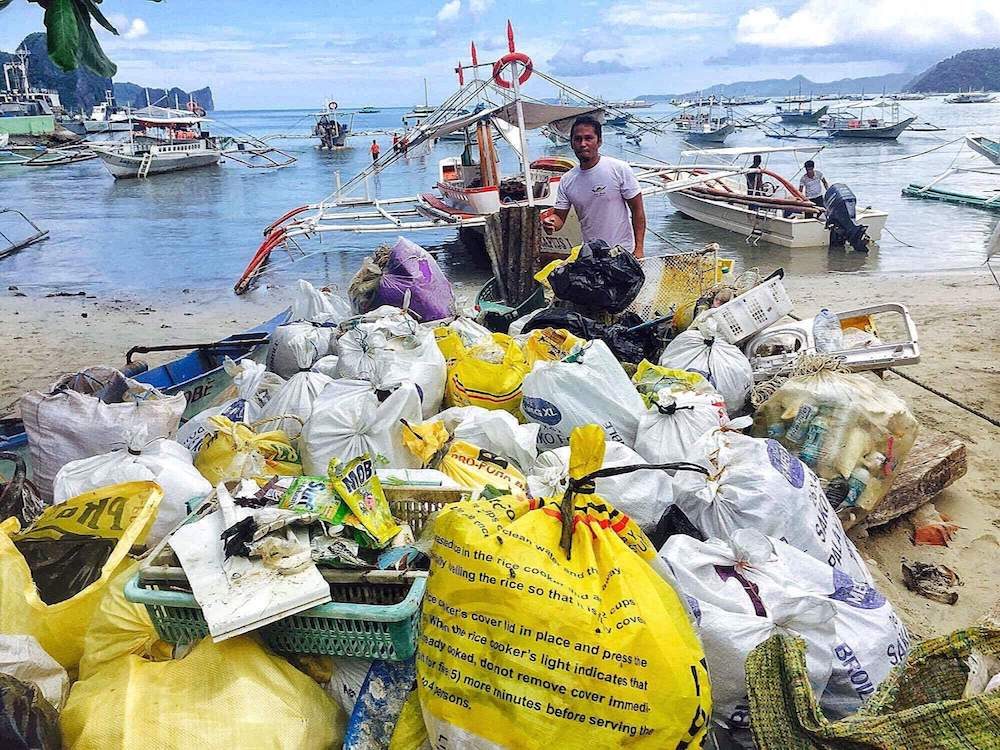 PALAWAN, Philippines – El Nido authorities said it will start on December 8 the strict implementation of its existing ordinance banning the use of plastics, in keeping with its status as a protected area.

“We know it’s very challenging to implement this policy. It’s not just about following that ordinance; it’s a change of lifestyle, actually,” de la Calzada said in an interview recently.

The municipality passed an ordinance in 2013 regulating the use of all types of plastics ending up as residual wastes in order to reduce the waste generation of the tourism town.

“The municipal government somehow failed to prioritize its strict implementation. But, now, we can see that the volume of collected plastic wastes poses a challenge, prompting the present administration to really implement it,” he said.

On the observance of International Coastal Cleanup Day on September 16, El Nido residents retrieved over 250 sacks of marine trash, weighing over 600 kilograms. Plastic bottles, plastic bags, and food wrappers topped the list of the collected trash.

Concerned local citizens, on one hand, are planning to lobby the banning of plastic bottles instead of merely regulating them as indicated in the ordinance.

“We want the people to understand how plastics affect the environment,” the town administrator said.

With the ordinance, establishments are prohibited to sell and use disposable plastic bags as secondary packaging for dry and wet goods. They are also banned to provide styrofoam and plastic cups, straws, plates and utensils for dine-in and takeout customers.

“Actually, when you buy fish at the market and put it in a plastic bag it could be considered as primary packaging. But there are other alternatives out there instead of using plastic,” de la Calzada added.

Individuals and establishment owners are encouraged to use reusable bags and other environment-friendly packaging materials as an alternative. “We are asking people to sell eco bags, net bags and the like, so alternatives won’t be a problem,” he added.

Violators of the plastic ban policy face penalties of P1,000 and P2,000 for first and second offenses, respectively. For third-time offenders, a fine of P2,500 penalty and/or imprisonment of not more than six months upon the court’s discretion are imposed.

Business establishments committing repeated violations may be denied business permits for at least one year.

De la Calzada said they will be deputizing marshals to help implement the ban.

“The municipal mayor has also deputized marshals who will help in the strict enforcement of the ordinance,” he said.

De la Calzada added that they are also coordinating with organizations that can teach the municipal government how to upcycle plastic wastes by turning them into chairs and other by-products. – Rappler.com