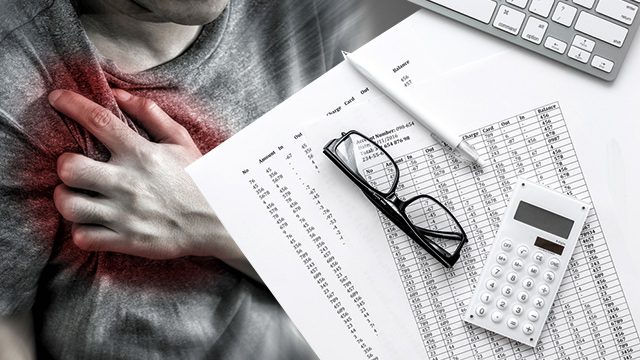 Facebook Twitter Copy URL
Copied
In half-a-dozen studies in The Lancet, experts detail the link between poverty and non-communicable diseases and make the case for consumer taxes opposed by industry and many politicians

In half-a-dozen studies in The Lancet, a leading health journal, experts detailed the link between poverty and non-communicable diseases (NDCs) such as stroke and diabetes, and made the case for consumer taxes opposed by industry and many politicians.

NDCs, which also include heart disease and cancer, “are a major cause and consequence of poverty worldwide,” said Rachel Nugent, vice-president of RTI International, a non-profit health policy institute in Seattle, and chair of The Lancet Taskforce on Non-Communicable Diseases (NDCs).

Many of the United Nation’s Sustainable Development Goals, which run to 2030, will remain out of reach unless governments invest in policies that break the chains binding unhealthy habits and so-called “lifestyle” diseases, she said.

“Every year, almost 100 million people are pushed into extreme poverty because of out-of-pocket health spending,” Adhanom Ghebreyesus, head of the World Health Organization, wrote in a comment, also in The Lancet.

“The costs of treating NDCs are a major contributor to this global scandal.”

NDCs are responsible for 38 million deaths – nearly half before the age of 70 – each year, a large share of them caused or aggravated by smoking, excessive drinking and/or unhealthy diets, according to the WHO.

One of the UN’s 2030 goals is to reduce deaths from NDCs by a third.

In 2011, world leaders at the UN general assembly pledged to develop national plans for the prevention and control of NDCs, and set targets to benchmark progress. But few have followed through.

“There has been a broad failure globally and in countries to act on the commitments made in the 2011 Political Declaration,” Richard Horton, editor-in-chief of The Lancet, and senior editor Jennifer Sargent, wrote in an editorial.

One of the most controversial remedies proposed for getting people to cut back on smoking and the consumption of alcohol or soda pop is point-of-sale taxes.

Opponents argue such levies penalize the poor most of all, and amount to a regressive tariff.

Research looking at the impact of price hikes in 13 poor, emerging and wealthy countries, for example, found that – for alcohol and sugary snacks – low-income households were more likely than wealthy ones to cut back, leading to incremental health gains.

But even if they pay more as a percentage of their income, families can benefit in other ways, the researchers argued.

“The extra tax expenditures involved should not deter governments from implementing a policy that may disproportionately benefit the health and welfare of lower-income households,” said Franco Sassi, a researcher at Imperial College Business School in London.

Additional tax revenue gained should be set aside for “pro-poor programs”, he added.

For former New York mayor Michael Bloomberg, who has given away more than a billion dollars to curb tobacco use over the last decade, the benefits are obvious.

“Raising taxes on tobacco is the most effective way to drive down smoking rates, particularly among young people,” he told Agence France-Presse. “It is also the least widespread of all the proven tobacco control policies.

“If we can help more governments raise tobacco taxes, we could make a very big difference in smoking rates, and also raise revenue that countries can invest in other vital services,” he added.

Tobacco claims nearly 7 million lives yearly from cancer and other lung diseases, accounting for about one-in-10 deaths worldwide, and a million in China alone, according to the WHO.

“The evidence suggests that concerns about higher taxes on tobacco, alcohol and soft drinks harming the poor are overstated,” said Nugent. – Rappler.com