Will the Paris Agreement work?

May 1, 2018 5:41 PM PHT
Ping Manongdo
Facebook Twitter Copy URL
Copied
The Bonn conference will highlight the Talanoa Dialogue which, for the first time, will gather country negotiators, business leaders, and civil society groups in a face-to-face meeting to discuss what is a fair and adequate – but scaled up –contribution from different countries to reduce emissions 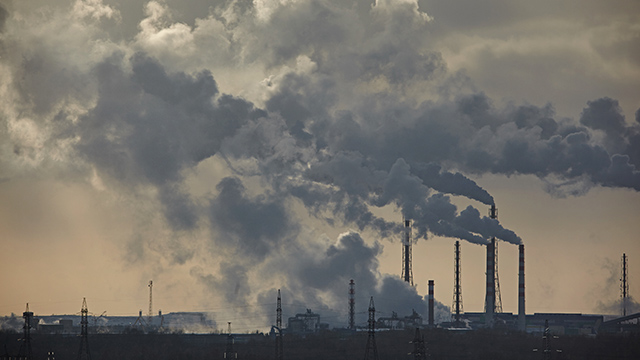 BONN, Germany – From April 30 to May 10, delegates from governments around the world are once again meeting in Bonn for the climate change conference. The negotiations are expected to facilitate the delivery of two outcomes viewed as critical to the implementation of the Paris Agreement.

These two outcomes include the implementation rulebook, and revised country pledges to reduce more emissions than previous targets stated in each country’s Nationally Determined Contributions (NDCs).

Known as the 48 session of the subsidiary bodies (SB48), the Bonn Climate Change Conference has 3 simulateous meetings.

The Subsidiary Body for Implementation (SBI) oversees the drafting of the implementation rulebook for the Paris Agreement. The Subsidiary Body for Science and Technology (SBSTA) reports and advises on the science and technology advancements necessary to lower emissions. The Ad Hoc Working Group (APA), which prepares for the Paris Agreement implementation, ensures that the text of the rulebook presents the final outcomes of negotiations and agreements.

During the 22nd Conference of Parties (COP22) in Marrakech, parties decided to finalize the rulebook this year. The implementation rules are shaped around 6 key issues that government negotiators will need to agree on: transparency of implementation, mitigation, adaptation, technology, capacity-building, and financing.

Li Shuo, Greenpeace senior global policy advisor, said that countries need to agree fast on this range of technical issues, amid a widening gap between current pledges and what climate experts are indicating as necessary action to limit global warming to 1.5 degrees Celsius.

“Countries need to sort out certain tasks under the transparency framework, particularly, whether and how flexibility should be granted to developing countries in implementing their national climate goals,” Li said.

“We need to know how scaled up finance and technology support will be mobilized,” he added.

A key result he expects from tes Bonn conference is a “clear legal text,” or a draft for the rulebook which needs to be finalized in December during COP24 in Katowiche, Poland. 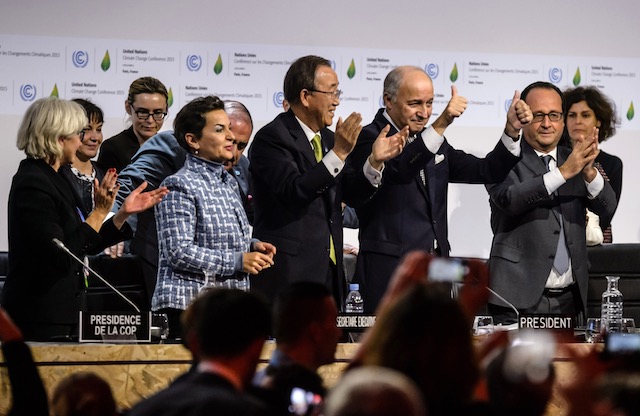 Dharini Pharthasarathy, senior communications coordinator for non-profit Climate Action Network, said that some countries want to follow a universal approach in implementing the Paris Agreement, where one rule applies to all. Others are proposing an approach based on equity and flexibility, where lesser developed countries are given “leeway on the implementation” of their NDCs.

Aside from hastening the creation of the rulebook, experts and observers in Bonn are also calling on governments to radically step up climate ambition amid analysis that the window to avoid breaching the Paris Agreement’s 1.5 degrees threshold is closing fast. By some estimates, less than 4 years remain, and current pledges are projected to result in 3 degrees Celsius warming if unchanged.

“All the countries’ pledges to lower emissions put together will fail to deliver on the ambition of the Paris Agreement. It’s been almost three years since they first wrote their pledges and climate change has only gotten worse within this period of the time,” she added.

To facilitate scaling up the countries’ ambitions, the Bonn conference will highlight the Talanoa Dialogue which, for the first time, will gather country negotiators, business leaders, and civil society groups in a face-to-face meeting to discuss what is a fair and adequate – but scaled up –contribution from different countries to reduce emissions.

The Talanoa Dialogue will take place on Sunday, May 6, and is organized around 3 questions: where are we, where do we want to go, and how do we get there?

Aside from the face-to-face meeting, parties and civil society members can also submit their inputs to the Talanoa via an online portal, which the UNFCCC secretariat will compile into materials to be used in the intersessional.

Pharthasarathy cautioned that the dialogue should not only be a talk shop, but should encourage the countries to revise their NDCs by 2020 – the year emissions must peak and then start to decline.

“It really needs to serve that purpose because otherwise, it’s just a sharing of ideas. Countries will need to look at which sector of the economy they can start looking to reduce emissions and put those in their NDCs,” she said.

2017 went down as the costliest year as well as the third hottest on record. Large tracts of the world’s oceans are being suffocated. Acording to World Bank estimates, hundreds of millions of people are at risk of being displaced in the coming decades.

Mark Lutes, senior global climate policy advisor for climate and energy at Worldwide Fund for Nature (WWF), said that current climate talks in Bonn must pave the way to the Paris Agreement outcomes at COP24 at the end of the year.

“Even the best rules in the world won’t save us if countries aren’t willing to commit to stronger action,”  Lutes said. – Rappler.com