May 2, 2018 11:29 AM PHT
Agence France-Presse
Facebook Twitter Copy URL
Copied
A task force of engineering and aerospace experts will examine providing both civilian and encrypted signals to give any British system similar commercial and security capabilities as the dominant US GPS system 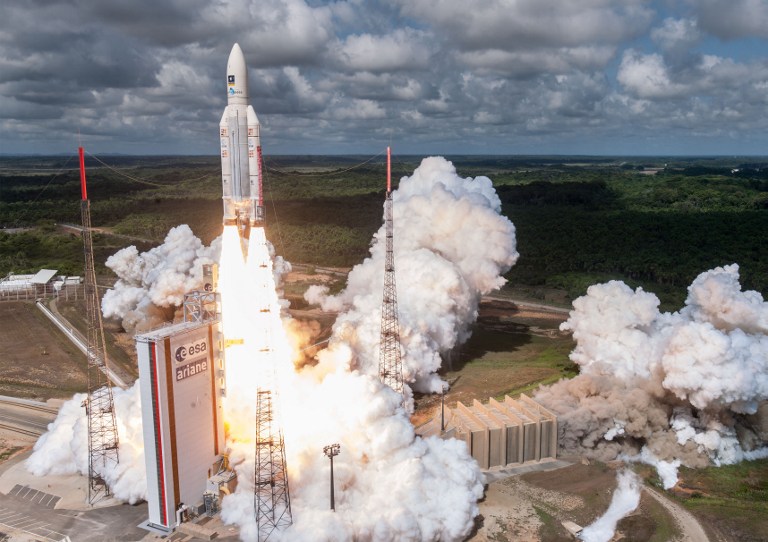 LONDON, United Kingdom – Britain will explore developing and launching its own satellite navigation system, Downing Street announced on Tuesday, May 1, amid doubt over its future inclusion in a key European project after Brexit.

Prime Minister Theresa May has created a task force of engineering and aerospace experts led by the UK Space Agency “to develop options for a British Global Navigation Satellite System that would guide missiles and power satnavs”, No. 10 said.

The team will examine providing both civilian and encrypted signals to give any British system similar commercial and security capabilities as the dominant US GPS system, it added.

The EU has indicated British companies could be blocked from bidding for contracts on Galileo, its £9 billion (10 billion euros, $12 billion) satellite system developed to rival America’s GPS.

Britain played a major role in the development of the system, which is expected to be fully operational in 2026, and has argued it should be able to continue taking part as a full member after leaving the EU in March next year.

But London appears to be losing the argument.

The bloc decided earlier this year to move one of Galileo’s satellite monitoring bases from Britain to Spain after Brexit to “preserve security”.

A Downing Street source said: “We want full access to Galileo, including the crucial secure elements that will help guide British missiles should they be needed to keep us all safe.

“But if we don’t get access, we will find an alternative.”

Britain will be able to use Galileo’s open signal, but its armed forces and emergency services may be denied access to an encrypted system when it is fully operational in 2026.

Specialists from government and private industry will take part in the new task force, with the aim of launching a British system by the mid-2020s, Downing Street said.

The system would utilize the country’s Overseas Territories and Crown Dependencies to provide the global network of locations necessary for the ground-based infrastructure, No. 10 added.

These British territories currently house equipment needed for the running of the EU’s Galileo system, it noted.

A recent government review estimated that a failure of navigation satellite service could cost the British economy £1 billion a day, with defense, critical national infrastructure and emergency response all reliant on the technology.

Britain is a world-leader in developing satellite technology, building 40% of the world’s small satellites and one in 4 telecommunications satellites, with Glasgow behind more than any other European city. – Rappler.com