Multinationals are top plastic polluters in the Philippines – report

Jun 2, 2018 12:41 PM PHT
Ralf Rivas
Facebook Twitter Copy URL
Copied
'It's time we hold these companies accountable. They cannot continue raking in money and then passing on the responsibility and costs of cleaning their mess to cities and Filipino taxpayers,' says environmentalist Froilan Grate 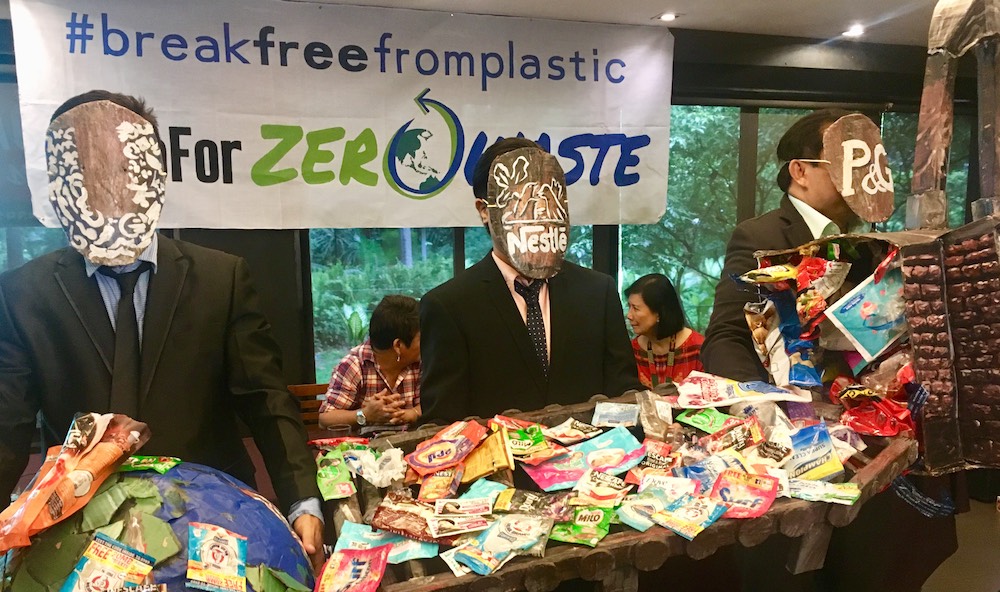 MANILA, Philippines – Six of the top 10 plastic polluters in 6 major cities in the Philippines are multinational brands, according to the latest waste and brand audit by environmental groups Global Alliance for Incinerator Alternatives (GAIA) and Mother Earth Foundation (MEF) released on Friday, June 1.

The groups revealed that single-use plastic packaging from Unilever, Procter & Gamble, Nestlé, PT Mayora, Colgate-Palmolive, and Coca Cola comprised around 75% of all collected residual waste, or waste that cannot be composted nor recycled.

Findings of the study are consistent with the brand audit conducted in Freedom Island in September 2017. (READ: Why PH is world’s 3rd biggest dumper of plastics in the ocean)

“It’s time we hold these companies accountable. They cannot continue raking in money and then passing on the responsibility and costs of cleaning their mess to cities and Filipino taxpayers,” said Froilan Grate, GAIA regional coordinator and MAF President.

Of the total waste collected in the identified areas, 61.3% are biodegradable, 19.2% are recyclable, and 3.4% are hazardous.

San Fernando has been consistently recognized for its strict implementation of the Ecological Solid Waste Management Act, which mandates segregation of waste at households. Lagman attested that the efforts allowed local government to significantly reduce waste handling costs.

Nestlé earlier announced that it aims to make 100% of its packaging recyclable or re-usable by 2025.

In a 2017 release, Unilever said they are committed to “reduce the weight of the packaging used this decade by one third by 2020” and increase the use of recycled plastic content in their packaging to at least 25% by 2025.

“Our plastic packaging plays a critical role in making our products appealing, safe, and enjoyable for our consumers. Yet it is clear that if we want to continue to reap the benefits of this versatile material, we need to do much more as an industry to help ensure it is managed responsibly and efficiently post consumer-use,” Unilever CEO Paul Polman said.

Procter & Gamble, meanwhile, committed to reduce packaging by 20% per consumer use and make 90% of their packaging recyclable by 2020. – Rappler.com