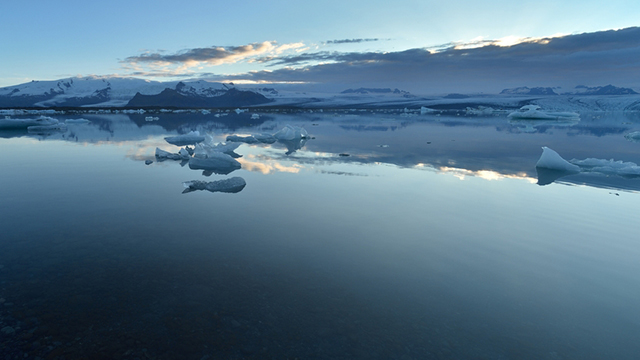 OTTAWA, Canada – A mad rush is needed to preserve or catalogue thousands of Arctic archeological sites before they are washed away by warming hastening the thaw of permafrost and coastal erosion, a study said Thursday, June 28.

But with faster and more severe climate change in the poles than the rest of the world, the situation has become desperate, with far more sites that will soon be lost than scientists have the time or resources to document.

“An increasing number of ancient sites and structures around the world are now at risk of being lost,” said the study published Thursday in the research journal Antiquity.

“Once destroyed, these resources are gone forever, with irrevocable loss of human heritage and scientific data.”

There are at least 180,000 sites in an area that covers more than 12 million square kilometers (4.6 million square miles) in Canada, Russia, Alaska and Greenland.

Researchers pointed to an Inuit village on the Mackenzie River delta that was the site of first European contact, as an example of lost heritage.

In 1826, a member of explorer John Franklin’s famed Arctic expedition reported 17 winter houses and a communal structure there. Today, there is nothing left.

“It is often assumed that the remoteness and the climate associated with these sites provide protection enough… however, climate change means that this may no longer be the case,” the study concluded, noting that Arctic temperatures have risen twice as fast as in temperate regions.

Paradoxically, their remoteness also make it hard for scientists to reach these sites.

Thousands of years of heritage are being lost, Matthew Betts, a curator at the Canadian Museum of History in Gatineau, Quebec, who researches coastal erosion but was not involved in the study, told Agence France-Presse.

Last month, he organized a panel of 30 archeologists and indigenous leaders to brainstorm an emergency response to the “crisis.”

“It’s the greatest heritage catastrophe in the world right now,” he said. “It’s happening all over but Canada has the world’s largest coastline so we’re at the apex of the crisis.”

Other effects of global warming cited in the study include storms, the growth of vegetation covering the landscape, tundra fires, resource development, and the arrival of tourists navigating increasingly ice-free Arctic waters and illegally picking over coastal archeological sites for souvenirs.

Preservation is the best option for saving these treasures, but is very costly.

For most archeological sites, experts are recommending excavation and high resolution documentation – which includes the collection of artifacts, mapping out their exact locations and compiling the data for later study.

“People are saying there’s no time, we must just dig it out of the ground before it’s washed away,” Betts said. “That’s the level of crisis that we’re at now.”

He noted also that indigenous rights are being negatively affected by the losses.

In Canada, land claims must be supported by archeological evidence, he explained. “So as that heritage washes away, their ability to assert their rights is being destroyed,” he said.

Jorgen Hollesen, an environmental archeologist with the National Museum of Denmark, told the daily Globe and Mail that indigenous youth in southern Greenland were also losing out on opportunities to engage with their cultural heritage, as a result of the decay.

“It will be a great shame if future generations will not have the opportunity to learn from the past as we have,” he said. – Rappler.com