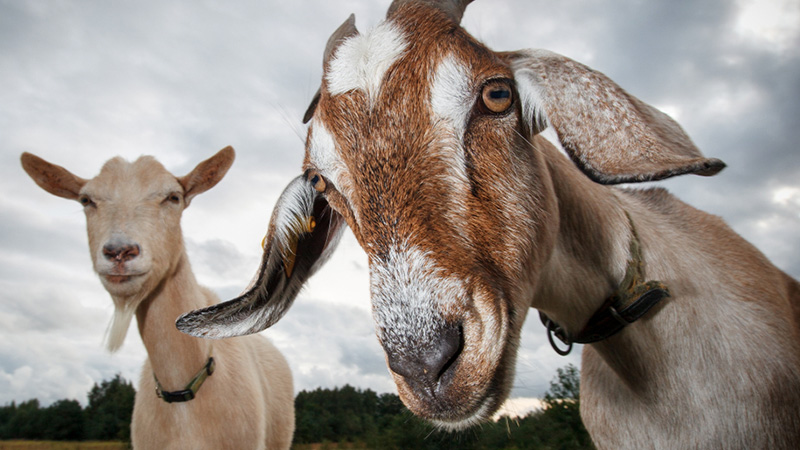 PARIS, France – Goats can distinguish smiling human faces from frowning ones on photos, and actively seek out snapshots of happier individuals, a study said Wednesday, August 29.

Shown two pictures of the same person – one with a happy expression and the other angry – 20 domesticated goats in an experiment were more likely to approach the smiling image and touch it with their snout, said researchers from Europe and Brazil.

“Goats looked and interacted on average 1.4 seconds with the happy faces and 0.9 seconds with the angry faces,” study co-author Christian Nawroth of the Queen Mary University of London told Agence France-Presse.

“That means that goats spend approximately 50% more time to look and interact with happy images compared to angry ones.”

The findings suggested “livestock species have very sophisticated minds to interpret their environment,” said Nawroth, and “likely adapt their behavior” based on human facial expressions.

Goats, unlike dogs or horses, were not domesticated because of their ability to read and respond to human moods, but to provide their milk, meat, dung, and coats.

“The study has important implications for how we interact with livestock and other species, because the abilities of animals to perceive human emotions might be widespread and not just limited to pets,” said Nawroth’s colleague Alan McElligott.

The team found goats were even more likely to approach happy pictures when they were placed to the right of the angry image, suggesting the animals use the left side of their brain to process positive emotion. – Rappler.com