Oct 27, 2018 1:30 PM PHT
Facebook Twitter Copy URL
Copied
A collision between a white dwarf and a brown dwarf would be spectacular 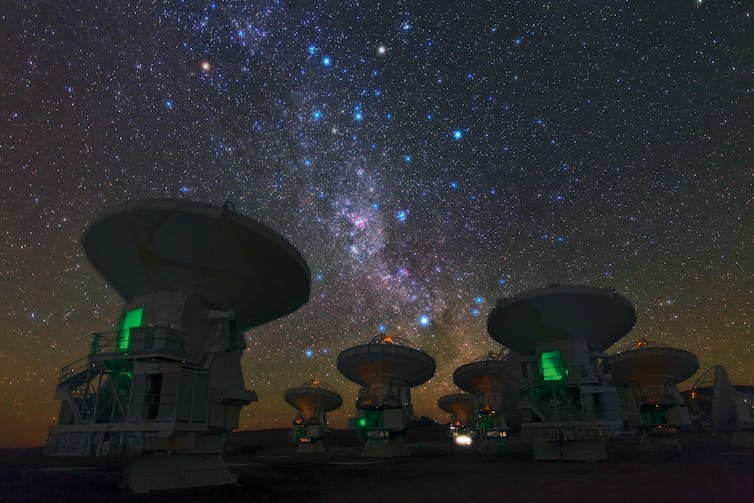 A bright new star appeared in the sky in June, 1670. It was seen by the Carthusian monk Père Dom Anthelme in Dijon, France, and astronomer Johannes Hevelius in Gdansk, Poland. Over the next few months, it slowly faded to invisibility. But in March 1671, it reappeared – now even more luminous and among the 100 brightest stars in the sky. Again it faded, and by the end of the summer it was gone. Then in 1672, it put in a third appearance, now only barely visible to the naked eye. After a few months it was gone again and hasn’t been seen since.

This has always seemed to be an odd event. For centuries, astronomers regarded it as the oldest known nova – a type of star explosion. But this explanation became untenable in the 20th century. A nova is a fairly common event, when hydrogen ignites in an otherwise extinct star causing a thermonuclear runaway reaction. Stars can also explode as supernovae, following an implosion of their core. However, we know now that neither would give the kind of repeated appearance seen in this event.

So what was it? Our new research, published in the Monthly Notices of the Royal Astronomical Society, offers a whole new explanation.

In 1982, the American astronomer Mike Shara found a nebula – an interstellar cloud of dust, hydrogen, helium and other gases – at the position of the missing star, which had since acquired the name CK Vul in between. This proved that something had indeed happened here. Astronomers later noted that the nebula was expanding, and that the expansion had started around 300 years ago. But the star itself couldn’t be seen. 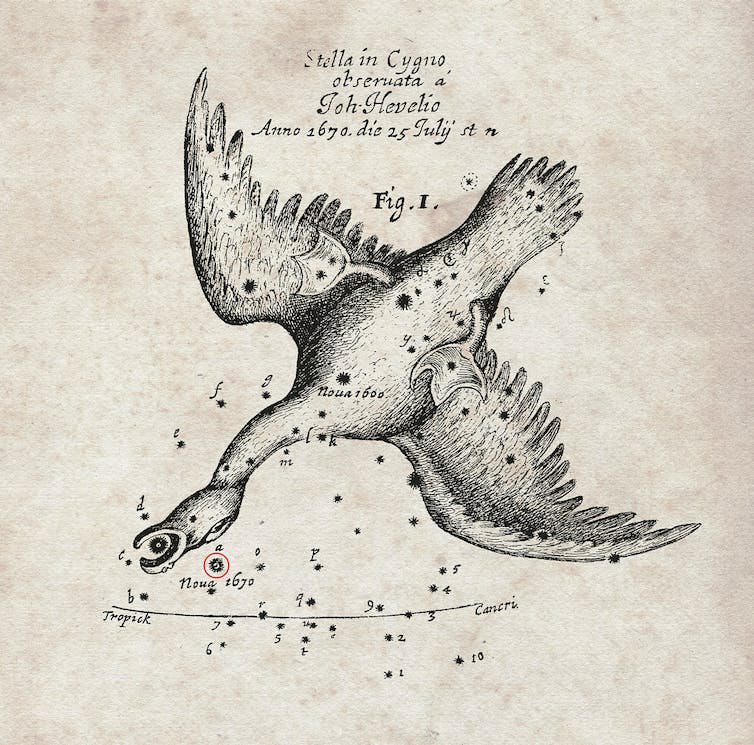 Things became even stranger when the astronomer Tomasz Kamiński discovered that the nebula contained a most unusual mix of elements, being very abundant in two isotopes (elements with a different number of neutrons in their nucleus compared to the “normal” atom): a type of nitrogen (15N) and radioactive aluminium (26Al). These require very high temperatures to form. Whatever happened, this had been a high-energy event.

We observed the location of the star with ALMA observatory in Chile. This spectacular-looking telescope uses 64 separate dishes, and observes in the microwave region of light. It is particularly good at detecting radiation from molecules in space. What we found is that the debris from the event is visible as two rings of dust, resembling an hourglass. This hourglass is embedded within a larger hourglass seen in previous observations, and itself contains other structures – nested like a Russian doll.

Such hourglass lobes indicate the presence of jets coming from the center, which blow out the opposing bubbles. But the hourglasses are at slightly different angles. This suggests that the originating structure was spinning, and this requires a protracted process. Whatever happened, it was not just a single explosion. The ejection must have taken some time. 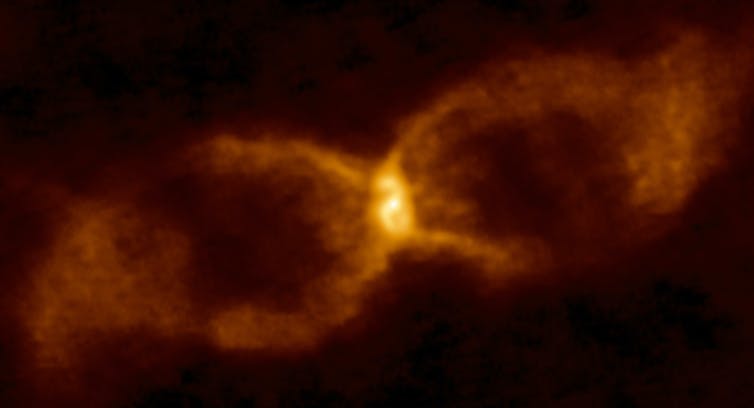 But if it wasn’t an explosion, what happened? The alternative to a stellar explosion is a collision between two stars. These are rare events which have caught much attention in recent years. In 2008, a collision was caught near the center of our galaxy. The colliding stars circled each other closely, before finally merging.

During the event, the stars became 100 times brighter than before, and over the next two years they faded again. A similar event may have happened in the year 2000, when a star called V838 Mon suddenly brightened and then slowly faded.

CK Vul could be the result of a merger between two normal stars. But this didn’t seem to fit. Luckily, though, there is a complete zoo of possible collisions, as stars come in many types. We have now worked out that two stars from the opposite side of the stellar spectrum could have produced the pattern seen in the sky.

The main actor would have been a white dwarf, a dense remnant left after a star like the sun reaches the end of its life. The supporting actor would have been a brown dwarf, an object in the twilight zone between stars and planets: too light to produce the hydrogen fusion which normally takes place at the centre of a stars, but too heavy to be a planet. They are 10 to 80 times heavier than Jupiter. Brown dwarfs are probably quite common, but they are hard to find because they are so faint.

Unlike a normal star, white dwarfs can be extremely faint, and after the merger and thermonuclear explosion, would eventually have returned to this brightness. The remaining dust shells may also have contributed, making it opaque to visible light. A merger of normal stars would have left a star of normal luminosity, and even if obscured could still have been seen in the infrared.

Is this what actually happened? We have made a plausible model but further tests would be required to produce conclusive evidence. For example, would this collision provide the right conditions to form radioactive aluminium? Upcoming observations could look at the details of the innermost region of the hourglass structure to find out.

Our discovery represents the first ever detection of a collision between a white and a brown dwarf. Once confirmed, we can use it to look for other events like it. Astronomy is an adventure: a beautiful mix of physics and discovery. We are still learning.

Albert Zijlstra is a Professor of Astrophysics at University of Manchester.