Most children who have their tonsils removed don’t benefit

Nov 10, 2018 9:00 AM PHT
Facebook Twitter Copy URL
Copied
Given the potential for harm, are all tonsillectomies really necessary? 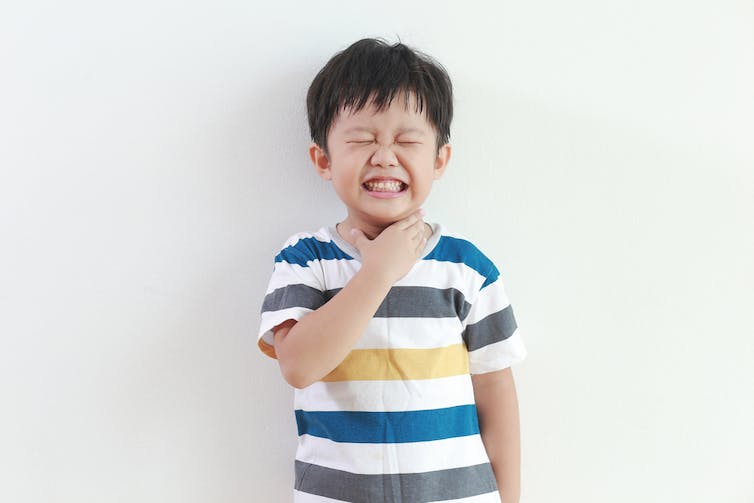 Bloodletting was mainstream medicine for 3,000 years. As late as 1915, it was recommended for soldiers who were gassed during World War I. Today it seems extraordinary that over the centuries so many patients were subjected to such harm. But could we be making the same mistake today? Our research into tonsillectomies suggests we might be.

Tonsillectomy, a surgical procedure to remove the tonsils, has an equally ancient lineage. It is first mentioned in Hindu medicine in about 1000BC.

Each year there are about 37,000 NHS tonsillectomies in children, mostly for recurrent sore throats or sleep-related breathing problems. Many more are undertaken privately: private earnings typically double the salaries of ear, nose and throat surgeons.

Yet tonsillectomy is not without complications: one in 25 patients is readmitted to hospital and one in 40,000 people die. It has also been linked to future diabetes and inflammatory bowel disease. Given the potential for harm, are all tonsillectomies really necessary? 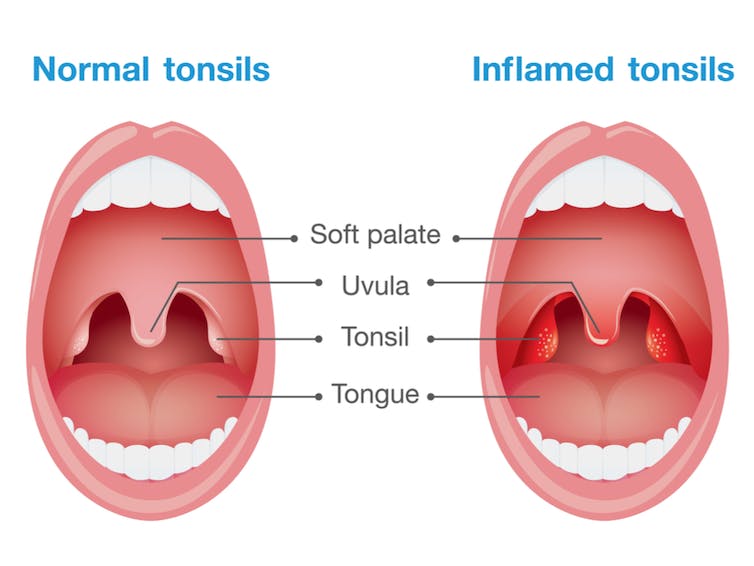 We have good evidence on when tonsillectomy can be useful. Children with very frequent, severe sore throats have slightly fewer incidence of sore throat if they undergo tonsillectomy. The effect is not dramatic, most children improve with or without surgery, but the operation means one fewer sore throat over the next year. This is thought to be enough to justify surgery – although after two years there is no longer any difference.

In short, tonsillectomy is marginally beneficial in severely affected children who have frequent sore throats, documented in medical records and with specific symptoms. How frequent? Either 7 sore throats in the past year, or 5  yearly in the past two years, or 3 yearly in the past three years. What symptoms? Either fever, or pus seen on the tonsils, or enlarged glands, or proven bacterial infection.

Research in less severely affected children has shown the benefit is too small for the risks of surgery. A tonsillectomy may cause more harm than good.

What about tonsillectomy for sleep-related breathing problems? A review of the evidence was unconvinced of the case for tonsillectomy. There are ongoing randomized controlled trials.

We wanted to know how many children benefit from having their tonsils removed, and how many of those who have tonsillectomies really needed the operation. To find out, we looked at the medical records of 1,630,807 children over 12 years. We found 15,760 children who had enough sore throats to justify surgery but only one in seven had surgery. At the same time, 18,281 children had tonsillectomies, but only one in eight could have benefited. The pattern was the same from 2005 to 2016.

This means 6 in 7 children who arguably might benefit do not have the surgery – and they probably grow out of the problem – while 7 in 8 children who do have their tonsils removed do not benefit at all. At best tonsillectomy is unnecessary in these children, and at worst it is harmful. The history of bloodletting shows medicine can make mistakes. Perhaps it’s time we rectified this one given we know how little it achieves.

Dana Sumilo is a Clinical Research Fellow in Public Health at University of Birmingham.

Tom Marshall is a Professor of Public Health and Primary Care at University of Birmingham.