Air pollution may be making us less intelligent 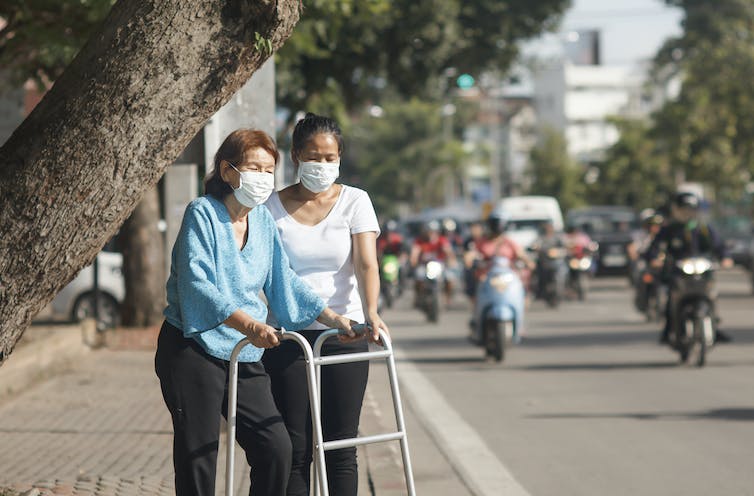 Not only is air pollution bad for our lungs and heart, it turns out it could actually be making us less intelligent, too. A recent study found that in elderly people living in China, long-term exposure to air pollution may hinder cognitive performance (things like our ability to pay attention, to recall past knowledge and generate new information) in verbal and maths tests. As people age, the link between air pollution and their mental decline becomes stronger. The study also found men and less educated people were especially at risk, though the reason why is currently unknown.

We already have compelling evidence that air pollution – especially the tiniest, invisible particulates in pollution – damages the brain in both humans and animals. Traffic pollution is associated with dementia, delinquent behavior in adolescents, and stunted brain development in children who attend highly polluted schools.

In animals, mice exposed to urban air pollution for 4 months showed reduced brain function and inflammatory responses in major brain regions. This meant the brain tissues changed in response to the harmful stimuli produced by the pollution.

We don’t yet know which aspects of the air pollution particulate “cocktail” (such as the size, number or composition of particles) contribute most to reported brain deterioration. However, there’s evidence that nanoscale pollution particles might be one cause.

These particles are around 2,000 times smaller than the diameter of a human hair, and can be moved around the body via the bloodstream after being inhaled. They may even reach the brain directly through the olfactory nerves that give the brain information about smell. This would let the particles bypass the blood-brain barrier, which normally protects the brain from harmful things circulating in the bloodstream.

Postmortem brain samples from people exposed to high levels of air pollution while living in Mexico City and Manchester, UK, displayed the typical signs of Alzheimer’s disease. These included clumps of abnormal protein fragments (plaques) between nerve cells, inflammation, and an abundance of metal-rich nanoparticles (including iron, copper, nickel, platinum, and cobalt) in the brain. 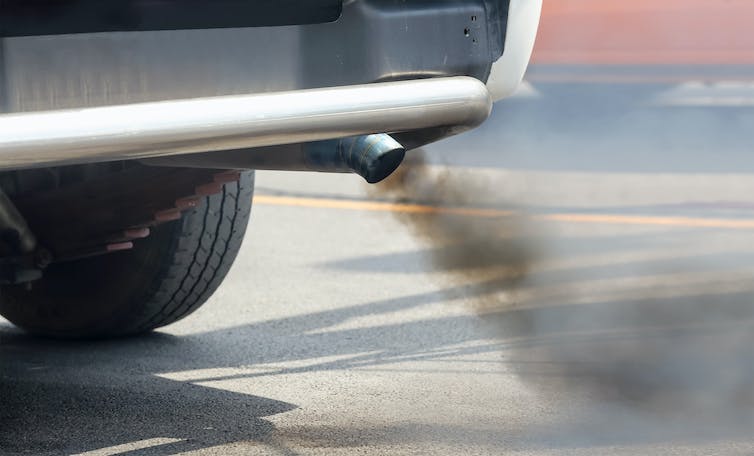 The metal-rich nanoparticles found in these brain samples are similar to those found everywhere in urban air pollution, which form from burning oil and other fuel, and wear in engines and brakes. These toxic nanoparticles are often associated with other hazardous compounds, including polyaromatic hydrocarbons that occur naturally in fossil fuels, and can cause kidney and liver damage, and cancer.

Repeatedly inhaling nanoparticles found in air pollution may have a number of negative effects on the brain, including chronic inflammation of the brain’s nerve cells. When we inhale air pollution, it may activate the brain’s immune cells, the microglia. Breathing air pollution may constantly activate the killing response in immune cells, which can allow dangerous molecules, known as reactive oxygen species, to form more often. High levels of these molecules could cause cell damage and cell death.

The presence of iron found in air pollution may speed up this process. Iron-rich (magnetite) nanoparticles are directly associated with plaques in the brain. Magnetite nanoparticles can also increase the toxicity of the abnormal proteins found at the centre of the plaques. Postmortem analysis of brains from Alzheimer’s and Parkinson’s disease patients shows that microglial activation is common in these neurodegenerative diseases.

Read more: Your exposure to air pollution could be much higher than your neighbour’s – here’s why

However, there are some things we can do to protect ourselves. Driving less and walking or cycling more can reduce pollution. If you have to use a car, driving smoothly without fierce acceleration or braking, and avoiding travel during rush hours, can reduce emissions. Keeping windows closed and recirculating air in the car might help to reduce pollution exposure during traffic jams as well. 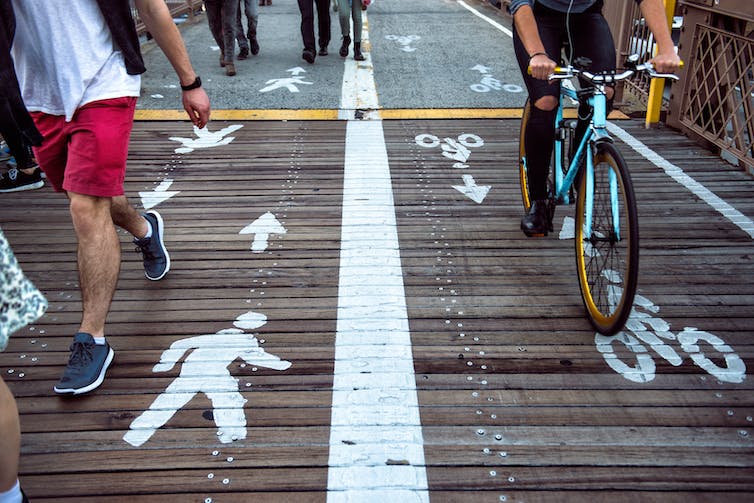 But young children are among the most vulnerable because their brains are still developing. Many schools are located close to major roads, so substantially reducing air pollution is necessary. Planting specific tree species that are good at capturing particulates along roads or around schools could help.

Indoor pollution can also cause health problems, so ventilation is needed while cooking. Open fires (both indoors and outdoors) are a significant source of particulate pollution, with woodburning stoves producing a large percentage of outdoor air pollution in the winter. Using dry, well-seasoned wood, and an efficient ecodesign-rated stove is essential if you don’t want to pollute the atmosphere around your home. If you live in a naturally-ventilated house next to a busy road, using living spaces at the back of the house or upstairs will reduce your pollution exposure daily.

Finally, what’s good for your heart is good for your brain. Keeping your brain active and stimulated, eating a good diet rich in antioxidants, and keeping fit and active can all build up resilience. But as we don’t yet know exactly the mechanisms by which pollution causes damage to our brains – and how, if possible, their effects might be reversed – the best way we can protect ourselves is to reduce or avoid pollution exposure as much as possible.

Barbara Maher is a Professor of Environmental science at Lancaster University.