Feb 3, 2019 11:00 AM PHT
Maria Isabel Garcia
Facebook Twitter Copy URL
Copied
Instead of Facebook, I want a Forgetbook – a network of personal accounts with pixels gracefully and artfully degrading at random rates like real life, reminding us that not all matter, matters to all of us, all the time 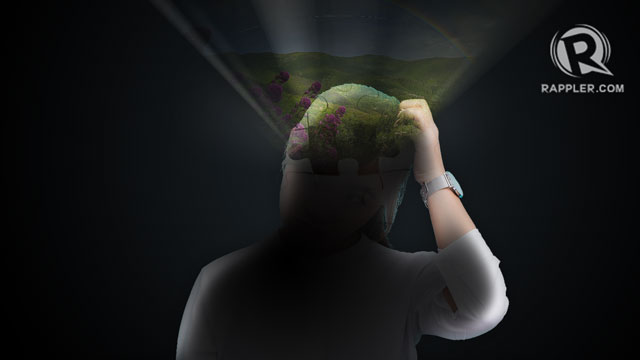 Where do you start?

How do you separate the present from the past?

How do you deal with all the things you thought would last,

These are the opening lines of a song sang by the late Kenny Rankin that, for some reason, is the best music for my morning rush hour commute. I like that broad lyrical sweep of sentiment by composers Alan and Marilyn Bergman. It can apply to many things and not just romantic love. But while there may be so many ways to answer that question that would inspire other songs and poetry, science would probably give a one-word prescription/solution: forget.

It may not be realistic to say you will forget him or her or any event wholly.  But if you surrender to time, nature, specifically your biology, erodes pixels of what s/he or it was to you. Even if you cannot deny that s/he or it was part of your past, you no longer remember details of that past that is paralyzing your present.

Forgetting, like remembering, is a natural chore of the brain. Scientists know this because they know, though not comprehensively, how a memory of an event is formed and that it degrades, even without an illness.

We always refer to “memories’ as those which make us who we are. That is true. But intangible as “who we are” feels, it has a physical story – a life that depends on cell talk and it is this series of cell chats across time that makes a memory.

When a memory of an event is stored, it makes a kind of molecular signature called an engram. That engram could only most faithfully retain itself if the context in which it happened does not change.  For example, I may have stored, in childhood, an engram of my fear of a monster pulling my legs from under my bed but if in my adult life, the position of my bed is so different, that memory could be eroded.

Another way an engram is forgotten is if a similar memory has interfered which shapeshifts the older engram. When my late husband would insist on going to a place that he already had been to many times before, I would ask him why couldn’t we instead visit a place that was new to both of us. He would tell me that he needed to “redeem” those places with me. I think, more precisely, he meant that he wanted, for his own reasons, to replace those old memories with new ones.

Another way an engram degrades is if there is some bio-chemistry that messes with the molecular signature itself.  This is what happens in many forms of mental disorder, including addiction.

It is not yet completely understood why aging is associated with progressive forgetting but all the known ways above of how memory fades, consider each of us as fair game as we age.

For survival across time, forgetting is a wise and useful strategy that we do passively.  It does not seem to be a step after forgiveness – forgive and forget – but an act that would not need forgiveness when it has done its job. I once held a grudge against a friend but after a few years, he suddenly showed up again in my life. After we hugged and about 30 minutes into our catch-up conversation, I suddenly had a very faint memory of the reason why we did not see each other for a long time. But it was too late to call him on it. I effectively forgot about it enough to return his embrace when he saw me.

It does not make sense to hold on to every bit of memory but to distill a pattern so that you can recognize it when it comes up again and you can respond in a similar manner.  No two events in your life will be exactly the same so your response would always be a nuance of the general pattern. A very detailed memory that stubbornly clings to you may prevent you from coming up with a new, better response to a new situation.

Forgetting also gives new vigor and paths to your imagined futures because your memories have not trapped you in the past. Forgetting is also what does not occur in those with post-traumatic stress disorder resulting in a crushing persistence of horrific memories that could cripple the present.

But scientists also recognize that we can actively forget things. We can repeatedly ignore a memory or any of the things that bring it back and over time, that memory will degrade. We can also intentionally replace the memory by layering on an experience  marked by things that are similar to the older one but this time, with a different flavor brought on by a different companion, a different outlook, a different time in your life. It is still a toss as to whether active forgetting does a better job of forgetting than the “passive” one that we all go through.

Recently, in a talk I delivered to about 200 high school students, I challenged them to get off social media for a month. I was immediately met with a scale of resistance from the said adolescents that would be the equivalent of the Great Wall.

They reacted with “Are you for real?” and “A whole month! That’s forever!”  They gave me skeptical looks as if to check if I was put together in the head properly.

Then it dawned on me that one of the superpowers of social media or the internet at large is that it messes with our natural coping tendency to forget. Now, there is always a way to retrieve stuff. All stuff. If you can’t, someone else can or will. Forgetting is so much harder now. Every email, notification, alert, pop-up, widget is on a race for you to remember. But our brains have not evolved to make sense of everything, of every view possible and still have balance. So we buckle and we settle or we go mad or we contemplate it and write a piece about it so that we can move on or at least feel like we can.

Instead of Facebook, I want a Forgetbook – a network of personal accounts with pixels gracefully and artfully degrading at random rates like real life, reminding us that not all matter, matters to all of us, all the time. – Rappler.com

Maria Isabel Garcia is a science writer. She has written two books, Science Solitaire and Twenty One Grams of Spirit and Seven Ounces of Desire. You can reach her at sciencesolitaire@gmail.com.