Feb 8, 2019 7:45 AM PHT
Agence France-Presse
Facebook Twitter Copy URL
Copied
The Global Fund to Fight AIDS, Tuberculosis and Malaria is on a mission to eradicate the 3 epidemics 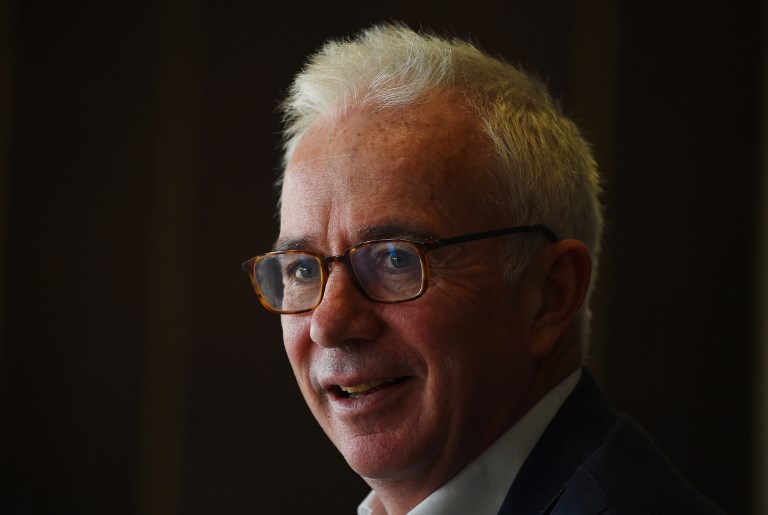 NEW DELHI, India – Deadly, drug-resistant tuberculosis – as lethal as Ebola and tough to treat in even the best hospitals – is a “blinking red” worldwide threat, the head of a global health fund warned in an interview with AFP.

The Global Fund to Fight AIDS, Tuberculosis and Malaria is on a mission to eradicate the 3 epidemics and plans to spend around $12 billion on it over the next 3 years.

“We should all be more worried about multidrug-resistant TB than we are. It gets nothing like the level of attention it should do,” Peter Sands, Global Fund’s head, told AFP during a visit to New Delhi. (READ: U.N.’s high-level meeting on TB: Why the Philippines should care)

Tuberculosis has become resistant to antimicrobials in an estimated 600,000 cases worldwide.

The disease “does not obey borders or need visas, nor pay attention to how wealthy you are. At the moment, about 25% of those 600,000 cases are being diagnosed and treated”, said Sands, who became head of the organization last year.

“If you look across the threats to global health security, this is one where the light should be blinking red.”

The UN has set the goal of eradicating AIDS, malaria and tuberculosis epidemics by 2030.

“The blunt truth is that we are not on track for that ambition,” Sands said.

Earlier this week, US President Donald Trump called for a concerted push to end his country’s AIDS epidemic within 10 years, though he did not say how much money would be ploughed into the effort.

Sands said on Wednesday that despite his grave assessment of the risks ahead, significant progress has been made in the battle against the 3 epidemics. (READ: Surviving tuberculosis)

The number of deaths caused by AIDS and malaria has decreased by about half since the start of the century, he said.

Tuberculosis – now the world’s most deadly infectious disease, killing some 1.3 million people each year (not including HIV co-infections) – caused about 20 percent fewer deaths in 2016 than in 2000.

However, the 57-year-old said: “If you compare the trajectory in terms of new infections and deaths against what we need to do, we need to step up the fight.”

As health authorities slacken the pace, new variations of drug-resistant diseases are turning up, threatening progress already made and triggering a resurgence.

Global Fund was set up in 2002 as a partnership between the authorities, civil society, the private sector and patients.

It aims to raise $14 billion from 2020-2022 – $1.8 billion more than the amount it brought in over the 2017-2019 period. Other non-profits have criticised the fund’s budget target as not being ambitious enough to achieve its goals.

Global Fund has a distinctive way of working — it builds partnerships with private companies that extend beyond financial donations, notably in sub-Saharan Africa where the organisation makes two-thirds of its investments.

The multinational Unilever uses the reputation of its brand of hygienic products, Dove, to work to prevent HIV in South Africa among those most vulnerable to the virus – teenagers and young women – through a school program.

“In the most remote parts of the most countries, you can get a Coca-Cola,” Sands said, adding his organisation can use “their trucks, their supply chain logistics, to help us get medicine to the places where people are who need them.”

The link-up is uncommon in the aid sector and regarded with some suspicion.

“I don’t think partnering with the private sector comes naturally to all the actors in the global health world. There is a fair amount of sort of distrust and misunderstanding” between the two, said Sands, who earlier headed Britain’s Standard Chartered bank.

A meeting will be held in the Indian capital on Friday, February 8, to prepare for Global Fund’s next three-yearly conference — to take place in Lyon next October. – Rappler.com