Mar 2, 2019 9:00 AM PHT
Facebook Twitter Copy URL
Copied
The little robotic geologist had transmitted thousands of images from the surface of the planet, transforming our understanding of Mars and paving the way for future exploration 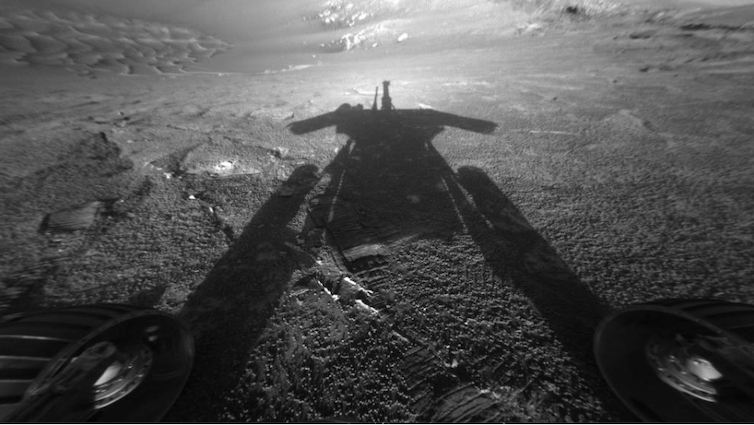 “It’s getting dark, my batteries are running low.” With this final poignant message, the most successful mission to Mars – originally planned to last 90 days – ended after 15 years, in a dust storm in June 2018.

Despite efforts to re-establish contact with its solar-powered rover “Oppy,” NASA declared the mission over on February 13, 2019. The little robotic geologist had transmitted thousands of images from the surface of the planet, transforming our understanding of Mars and paving the way for future exploration.

In 2003, NASA launched its daring new mission with twin exploration rovers Spirit and Opportunity, heralding a new era of discovery on the Red Planet. While not the first rovers on Mars – that was Sojourner on 1997’s Mars Pathfinder mission – they were the first to look beyond the horizon of any stationary landing platform.

With a planned lifetime of 90 days and a range of just one kilometer, Spirit and Opportunity exceeded our wildest expectations. Spirit covered more than 7 kilometers and stopped communication in 2010, 6 years after it landed on Mars in 2004. Oppy continued exploring until mid-2018, setting the record for off-Earth driving distance at 45km.

Chance of a lifetime

Opportunity knocked for me too. Nineteen years ago, searching for a dissertation topic in the final year of a physics degree at the University of Mainz, I happened to come across an ad on a notice board that read: “Let’s go to Mars!” Incredibly, I was the only respondent and soon found myself working with a group developing a miniaturised Mössbauer spectrometer for Mars exploration. This device identifies iron-bearing minerals – important on Mars, also known as the Red Planet because of the iron oxides (rust) on its surface.

The NASA Mars Surveyor lander, originally due to launch in 2001, had been cancelled because of a landing platform failure. But our spectrometer was selected for an ambitious new Mars rover project. I graduated in 2001 but was hooked and wanted to see this thing through to launch, so I managed to secure a PhD position to carry on working with the development group in Mainz. 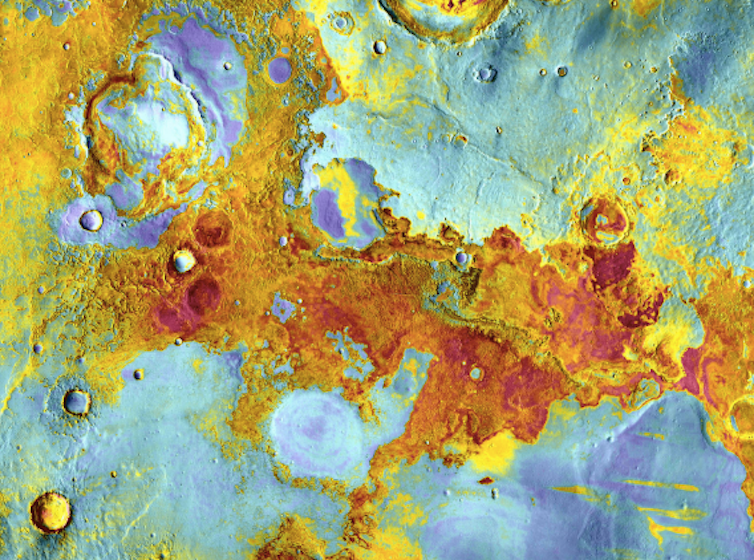 Against all odds, NASA’s Jet Propulsion Laboratory on the outskirts of Los Angeles had managed to build two rovers from scratch in just three years to launch in 2003. Our instruments had overcome various challenges to function properly once integrated into the two new rovers and were on board. After celebrating a successful launch, the fickle nature of space flight and the Martian curse, which had rendered about half of all Mars missions a failure, hit home at the end of the year.

The UK-led Beagle 2 lander, which also had one of our Mössbauer spectrometers on board, landed at Christmas time but failed to respond. Our instruments on board the Mars rover were not working properly either when checked during flight. It looked like all our work had been in vain.

Opportunity’s twin, Spirit, was next. It landed successfully to the immense relief of the engineering team. A lot was riding on the rovers’ success for NASA after two failed missions. Now it was time to jump into action. The rover rolled off the platform to investigate the composition of the planet’s surface. Miraculously, our spectrometer worked flawlessly – the first-ever extraterrestrial application of Mössbauer spectroscopy on the surface of Mars.

Opportunity landed 3 weeks later. We only had 90 days to accomplish the mission goals, working at JPL on Mars time (a day on Mars – a “sol” – is about 40 minutes longer than an Earth day), ignoring Earthly day and night cycles to make it happen. What’s more, Spirit and Opportunity had landed on opposite sides of Mars. With the day’s shift on one rover ending, how could we go to bed without knowing what was going on on the other side of the planet?

The rovers had to drive a minimum distance of 600m and use their instruments to find evidence for the past existence of water, and assess past environmental conditions for their suitability for life. The rocks at Spirit’s landing site in Gusev crater were revealed to have a volcanic composition. Which meant if there had ever been any lake sediments inside the crater, they had been covered by a lava flow. Hills visible at the horizon offered some hope of discovery of evidence for past water. But would Spirit be able to get there given that the distance and timescale needed exceeded what the rover had been designed for?

Opportunity had more luck. The crater it landed in revealed sedimentary bedrock that provided evidence for water. Not only had water soaked the rocks, it had also episodically pooled at the surface. Though it was acidic it would have provided a habitable environment for various known microorganisms. Mission accomplished! But what now? 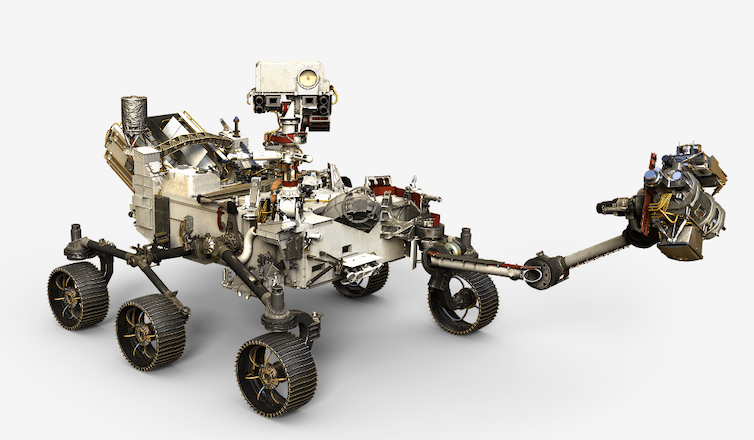 Of course we know the end of this story. Both rovers continued to function many years beyond their original lifetime, making new discoveries that greatly enhanced our understanding of Mars. They established that there was plenty of liquid water on Mars’ surface in the past, and that this wet environment would have been capable of supporting life. The rovers and the thousands of images they beamed back to Earth have made Mars a familiar place. I moved to the University of Stirling in 2013, where I continued my work, and can say I’ve been going to work on Mars for almost 15 years.

Though Opportunty’s mission is over, Mars exploration will enter a new phase with the NASA Mars 2020 rover and the European Space Agency’s ExoMars rover, Rosalind Franklin, scheduled for next year. This rover will open up a new dimension by excavating material from two metres below the surface. Mars 2020 will kick off the long awaited effort to return rock and soil samples from Mars back to Earth. Both will owe a huge debt to the experience and knowledge gained from Spirit and Opportunity.

Christian Schroeder is a Senior Lecturer in Environmental Science and Planetary Exploration at the University of Stirling.