Crocodiles and birds were ‘prehistoric bedfellows’ 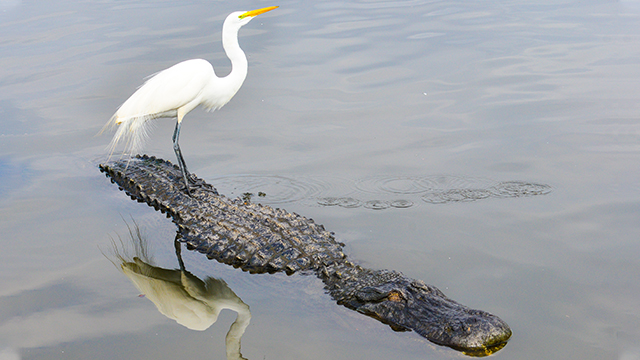 BUCHAREST, Romania – Crocodiles and birds may not seem the most obvious bedfellows, but scientists now say a prehistoric fossil find in Romania suggests that at one time the two species may have shared nests.

Some two million years later, land-based dinosaurs were wiped out by a cataclysmic event, probably an asteroid strike that may have also triggered massive volcanic activity.

Vremir analyzed the find with an international team of researchers who found that the eggs belonged to two bird species as well as two reptile species, the ancestors of modern crocodiles and geckos.

The team published its conclusions this month in the journal Nature Scientific Reports, saying the fossil find was “unique in the vertebrate fossil record and represents the earliest record of disparate animals sharing the same nesting area.”

The authors say that the presence of the two reptile species “perhaps suggests that these animals were not only tolerated, but were perhaps not perceived as a threat to enantiornithine eggs or nestlings,” referring to one of the prehistoric bird species.

According to Vremir, the researchers found 13 whole enantiornithine eggs, along with thousands of eggshell fragments, including those of crocodiles.

Vremir said many similar fossils could yet be excavated.

“The bird eggs measure 2.5 by 4 centimeters, while the crocodile eggs are a little smaller than a ping-pong ball,” Vremir told Agence France-Presse, adding that the reptile itself measured between 1 and 2.5 meters.

“This find isn’t simply about an interesting pile of stones but actually represents a story which still has many secrets left to be discovered,” he said. – Rappler.com