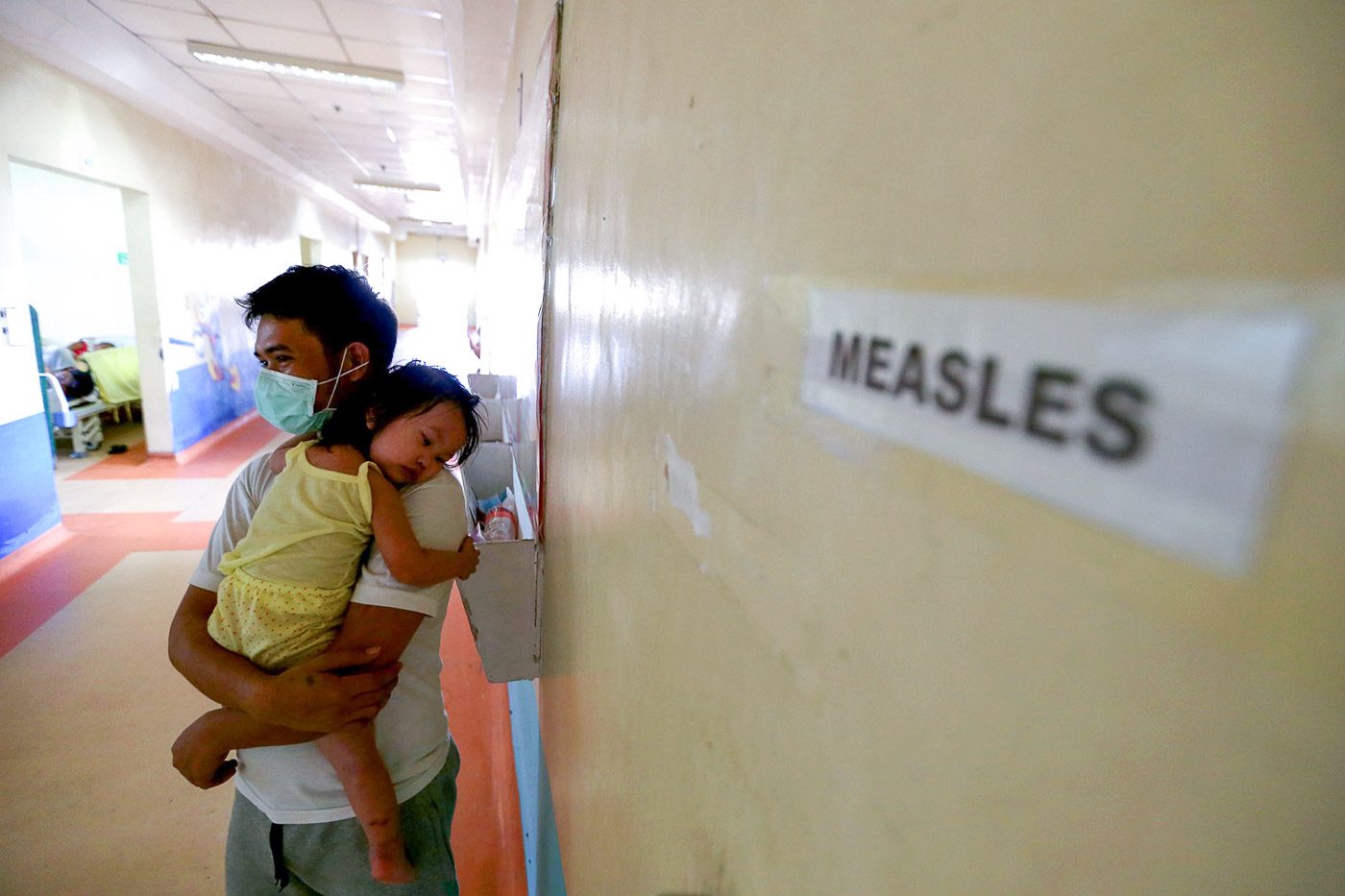 Facebook Twitter Copy URL
Copied
The United Nations says worldwide cases of measles jumped by more than 30% in 2017, and infections continued to rise in 2018

PARIS, France – After a New York county declared a state of emergency to prevent the spread of a measles outbreak, why is the once-eliminated disease on the rise again?

Measles is an airborne infection causing fever, coughing and rashes that can be deadly in rare cases.

It is more contagious than tuberculosis or Ebola, yet is easily preventable with a vaccine that costs pennies.

The UN says worldwide cases of measles jumped by more than 30% in 2017, and infections continued to rise last year.

Just 10 countries were responsible for the surge in cases in 2018, according to the UN children’s agency.

While most of the countries that experienced large spikes in cases are beset by unrest or conflict, several wealthier nations also saw their caseloads soar.

No, MMR doesn’t cause autism

In all, 98 countries reported more measles cases in 2018 compared with 2017. But the causes varied wildly.

The World Health Organization has warned that the growing anti-vaccine movement in richer nations constitutes a top-10 global health threat.

The phenomenon has adherents in several Western nations, including Britain and France, but is arguably most high profile in the US, where measles cases leapt 559% between 2017 and 2018.

“Anti-vaxxers” have for years cited a fraudulent 1998 study by discredited British researcher Andrew Wakefield that suggested a link between the MMR vaccine against measles, mumps and rubella, and a risk of autism and bowel disease in children.

Repeated studies – the most recent involving more than 650,000 children monitored for more than a decade – have shown that there is no such link.

The UN children’s fund has warned that complacency and misinformation were driving the resurgence of measles among richer nations.

“Measles may be the disease, but all too often the real infection is misinformation, mistrust and complacency,” UNICEF head Henrietta Fore said this month.

Measles cases more than tripled across Europe in 2018, according to the WHO, with notable outbreaks in Romania, Italy and France.

In other parts of the world, many people lack access to the vaccines and clean sanitation needed to keep measles at bay.

The WHO recommends a 95% vaccination rate to prevent mass hospitalizations and fatalities.

At least 800 children have died from measles since September in Madagascar, where rampant malnutrition and a historically poor vaccine rate are driving the world’s worse current outbreak.

Crisis-hit Venezuela, as well as areas of Brazil, have seen tens of thousands of confirmed measles cases since last year.

In the Philippines, where vaccine rates have been declining for years, measles cases jumped from 791 in 2017 to 5,120 last year. Twenty-five people died from measles in January alone.

And in Ukraine, which has experienced 5 years of simmering conflict with Russia on its eastern border region, more than 30,000 people have caught measles alone this year. At least 11 have died from the illness. – Rappler.com