Apr 11, 2019 9:16 AM PHT
Agence France-Presse
Facebook Twitter Copy URL
Copied
The new species is dubbed Homo luzonensis after the island of Luzon where its remains were found 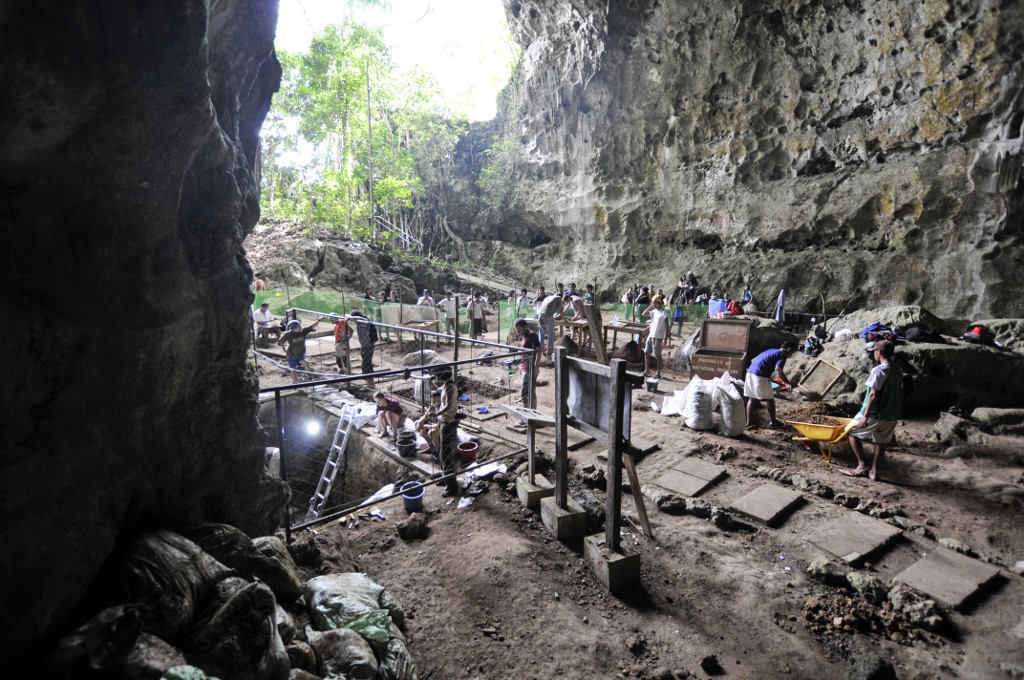 TOKYO, Japan – The human family tree has acquired a new branch with the unearthing of a previously unknown species of human that lived on an island in today’s Philippines some 50,000 years ago.

The species, dubbed Homo luzonensis after the island of Luzon where its remains were found, is not a direct ancestor of modern day humans, but rather a distant ancient relative.

But the discovery, published in the journal Nature on Thursday, April 11, adds to a growing body of evidence that human evolution is not as linear as was once thought.

It also raises questions, including how the species arrived on the island and who its ancestors were.

The “remarkable discovery… will no doubt ignite plenty of scientific debate over the coming weeks, months and years”, said Matthew Tocheri, associate professor of anthropology at Canada’s Lakehead University, in a review commissioned by Nature.

The researchers from France, the Philippines and Australia found the remains in the Callao Cave, where a bone dating back 67,000 years was discovered in 2007.

It was not initially clear which type of early human that bone came from, but more recently the researchers discovered 7 teeth and 5 different bones at the site, dating back between 50,000 and 67,000 years.

With more evidence to examine, from at least 3 individuals, they were able to build the case that the remains came from a previously unknown type of human.

“From the beginning, we realized the unusual characteristics of these fossils,” Florent Detroit, who co-led the study, told AFP at a press briefing.

“We completed the comparisons and analyses, and it confirmed that this was something special, unlike any previously described species of hominins in the homo genus,” added Detroit, a palaeoanthropologist at France’s Musee de l’Homme.

In particular, the teeth they found had a surprising combination of elements from different early humans.

“It’s a mixture that we haven’t seen in other species,” said Detroit.

“And that was what told us, among other things, that this doesn’t correspond to what we know today, so we have described a new species.”

But the discovery raises many questions, including how Homo luzonensis got to the island, which researchers say has always a required “a substantial sea crossing” to reach from the mainland.

Researchers are also as yet unsure which of the more ancient human precursors recorded in the fossil record in Africa Homo luzonensis may be descended from.

For a long time, theories of evolution centered around the idea that an early species called Homo erectus began dispersing from Africa between 1.5 million to two million years ago.

Under that theory, other early humans stayed put in Africa, where they eventually died out.

But the theory has been challenged by discoveries in recent years of species that do not appear to be descended from Homo erectus, including Homo floresiensis, the so-called “hobbit” found in 2004 on an Indonesian island.

The discovery of Homo luzonensis “provides yet more evidence that hints that H. erectus might not have been the only globe-trotting early hominin”, wrote Tocheri.

Intriguingly, both of the island-dwelling early humans share some characteristics with very old human species recorded in Africa.

In particular, the newly discovered luzonensis has a foot bone that is unlike any of its known human contemporaries but closely resembles those of a human species known to have existed in Africa around two to three million years earlier.

Luzonensis also has curved finger and toe bones, suggesting climbing may have been an important part of its behavior – something associated more with much earlier human species.

But Detroit said for now researchers believe luzonensis most likely walked upright rather than lived in trees.

The remains also suggest that the species was small, perhaps standing less than 4 feet tall.

One theory holds that the peculiar features of luzonensis and its island cousin floresiensis could be the result of their habitat, with the unique and isolated surroundings prompting them to evolve characteristics reminiscent of their ancient forebears.

But definitive evidence on that front remains to be collected, and so far efforts to extract DNA from the new specimens has been unsuccessful.

“One thing can be said for certain,” wrote Tocheri.

“Our picture of hominin evolution in Asia… just got even messier, more complicated and a whole lot more interesting.” – Rappler.com