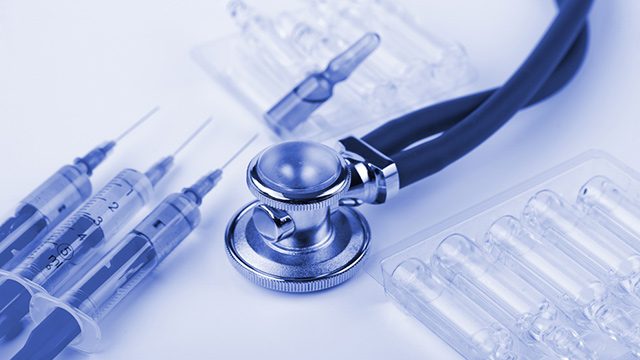 Launched on on Tuesday, June 4, the Health Care without Harm (HCWH) toolkit also helps hospitals identify alternatives they can adopt to lessen the use of single-use plastic.

The toolkit will help hospitals audit their use of plastics. It also seeks to help address plastic pollution in hospitals. | @rapplerdotcom pic.twitter.com/yNkabuQgnB

As soon as the newly-elected local officials got settled, San Pascual also said that they would be working with LGUs to review their solid waste management policies.

“We boldly say that hospitals have a huge role in…articulating the health impact and in influencing policies. This is what we want the toolkit initative to move forward to. Hopefully it will catch up to other Southeast Asian countries,” he added.

Aside from the lack of category labels which make it harder to recycle, the audit also found that 40% to 80% of the items did not bear the manufacturer’s name, making it more difficult to track the top sources of the plastic waste.

In the case of Mary Johnston Hospital, the audit also showed that the hospital spent P16,250 a day on garbage disposal.

While it is easy to procure plastic, Paraso said that getting rid of plastic that carried toxic or hazardous material is costly. | @rapplerdotcom

Since then, Mary Johnston CEO Glenn Paraso said that they have imposed stricter monitoring of waste segragation and reviewed the placement of their infectious waste bins to prevent the mixing of non-infenctious waste in these bins.

With better segregation, Paraso said they eyed to reduce their garbage disposal costs by 15%.

Alabang Medical Clinic and St Paul Hospital Cavite also made moves to reduce their waste by getting rid of products that make use of single-use plastic, and by testing the feasibility of cloth diapers.

HCWH said the findings in the audits “empowered and encouraged these 5 hospitals to do take action and responsibility in:

What about public hospitals?

To widen its reach to also cover public hospitals, HCWH partnered with the University of the Philippines Manila’s College of Public Health.

Rubina Abaya, a pharmacist and a member of the healthcare waste management committee at the Philippine General Hospital (PGH), said that even with the Department of Health’s own audits, government hospitals still have some shortcomings when it comes to waste segregation and disposal.

Abaya said that they planned to repurpose papers to package medicines and reuse bottles for liquids used for external preparations. She also stressed the importance of education and awareness on waste segregation and disposal.

The PGH has prohibited bringing in styrofoam and plastic inside its premises. The hospital’s pharmacy also requires relatives or patients to bring their own canvas or eco-bags to pick up medicines. – Rappler.com