PALAWAN, Philippines – The seas surrounding the Calamianes Island Group (CIG), the northernmost part of this province, are considered one of the last strongholds in the country of the dugong (Dugong dugon). However, it is not often locals see a dugong.

This is because the dugongs are so rare that they are classified as critically endangered in the Philippines. Their very small population can be seen, particularly off Busuanga town’s Calawit Island.

So how can the conservation community encourage locals to protect this vulnerable marine mammal that is facing possible extinction?

Their solution: launch a dugong mascot.

Last week, the US Agency for International Development’s (USAID) Fish Right Program introduced a conservation mascot to the delight of the community. The mascot radiated a jovial personality,  a departure from dugong’s true character of being aloof. But beyond the mysticism this adorable creature exudes tells something about the status of the coastal and marine environment.

The presence of dugongs “in the area suggests that Busuanga’s marine habitats, such as seagrass beds, are still healthy,” said Dr. Joan Castro, executive vice president of PATH Foundation Philippines, Inc. (PFPI), a non-profit organization, which is a partner of the University of Rhode Island in implementing the 5-year program that aims to promote sustainable and resilient fisheries in the CIG.

“The mascot symbolizes the community effort to conserve these marine habitats, including the seagrass which is key in nurturing marine life like dugong,” Castro added.

As a flagship species, the iconic dugong would help advance marine biodiversity conservation in the CIG that also includes the towns of  Coron, Culion and Linapacan.  With over 1 million hectares of municipal waters, the biodiverse CIG is one of the Philippines’ richest fishing grounds. 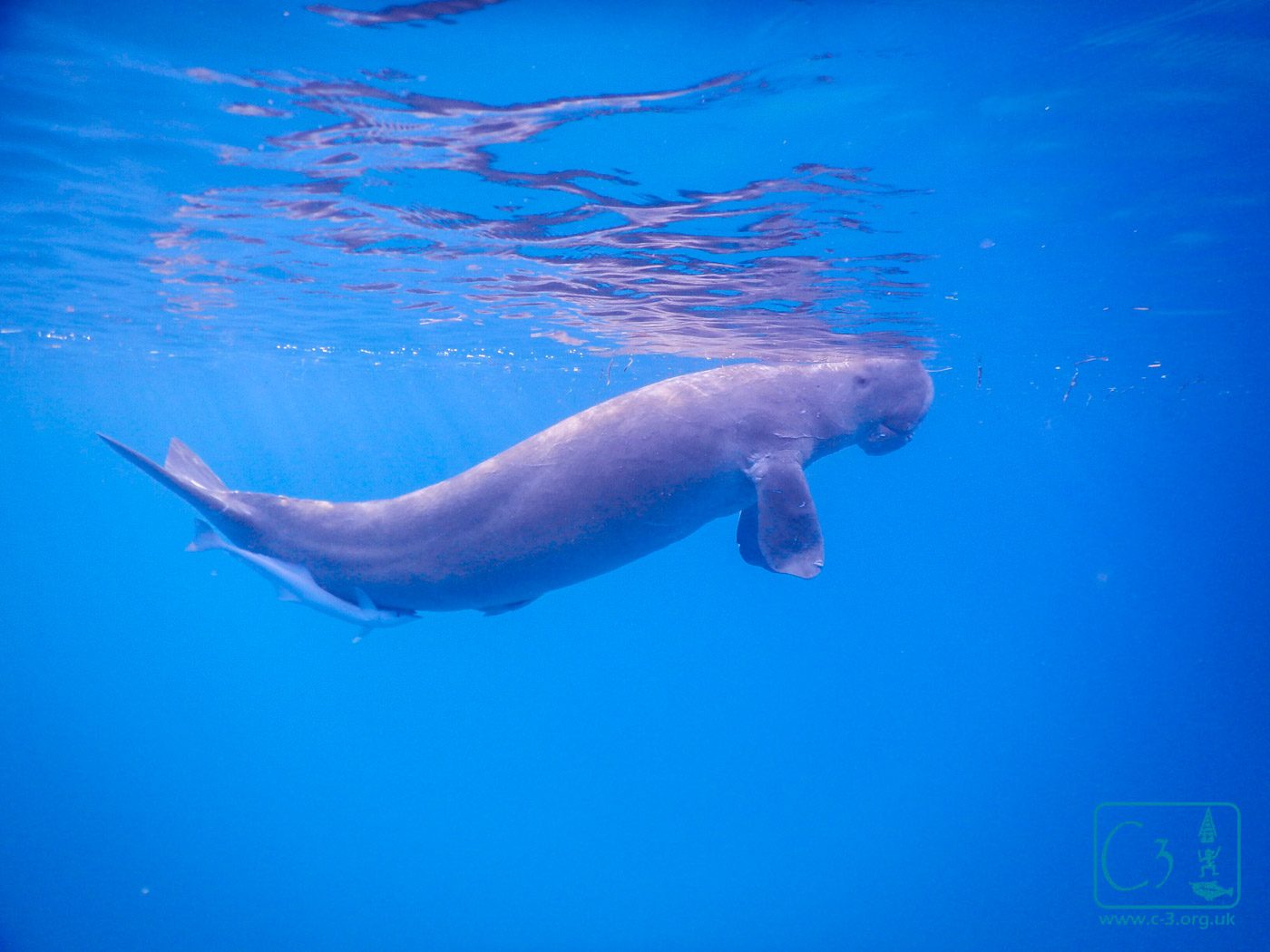 Why should people care about the dugong. Dugongs are said to be the “farmers of the sea” as they graze on seagrass beds. A study shows they can eat up to 40 kilograms of seagrasses daily. Their act of grazing keeps the seagrass healthy and makes it a conducive nursery for fishes, which serve as the primary food source for impoverished coastal communities.

To highlight how this species is threatened by the marine trash problem, the launch of the dugong mascot coincided with the International Coastal Cleanup celebration on September 21.

“The mascot cultivates a personal connection between the people and the dugong. If they see it (mascot) often in the community, getting them to protect this species would be easy as they see it as a friend and not as a cold and distant creature,” said Rey Ramilo, program coordinator of Community Centered Conservation Philippines, Inc. (C3 Philippines).

Ramilo’s non-profit group, a partner of PFPI, is dedicated to conserving the dugong. Results of their recent regular seagrass monitoring showed that marine trash like plastic bottles and bags end up on the seagrass habitat. These plastics almost never degrade.

“Seagrass is the primary food of dugongs, so it’s important to protect these for them to live,” emphasized Ramilo.

As of 2018, Calamianes has 19 existing marine protected areas (MPAs) covering an area of at least 15,308 hectares.  Of these MPAs, 9% are seagrass areas. An additional 31 MPAs were being proposed, which would include much of the seagrass areas within the CIG.

“If we look at the entire coastal and marine ecosystems, it’s the seagrass area that catches first all the trash from the land. Ideally, they filter those trash, so it would not find its way on coral reefs,” he added. But because plastic trash does not degrade, it stays there in the seagrass area and poses a danger to the dugongs.

After the coastal cleanup in Barangay Old Busuanga, the townspeople collected 1,180 kilos of plastic trash. The sheer volume was a stark reminder for the community to break free from its plastic dependence.

“The danger they pose is that these plastics, if not picked up, might go onto the seagrass beds and be mistaken for food by dugongs,” said 23-year-old youth leader Lian Rose Ponteres. “Eventually, they may die due to plastic ingestion.”

If the marine trash problem remains unabated, Ramilo said it would gravely affect the survival of the already dwindling population of dugongs. “When the seagrass areas are damaged by trash, the effect on their ability to live and reproduce is huge,” he warned. As the dugongs and seagrass habitats play vital roles in the fisheries’ sustainability, their demise could deal a big blow to the family of over 19,000 fisherfolk in Calamianes, including Ponteres’ whose father is a fisher.

“The sea surrounding our island is our source of income, of everything. Without it, where would our parents get money to sustain us? If there are no fish to catch, what would our future be?” Ponteres said.

Realizing how their existence was linked to the sea that’s under extreme pressure, she has joined the Calamianes Eco-Warriors, a grassroot movement formed through the USAID Fish Right program. Among the goals of the group is to combat illegal, unreported and unregulated (IUU) fishing that’s still rampant in the CIG.

“We have capacitated the youth, fishermen, and women to become peer educators. The idea is for them to encourage their peers to register themselves as local fishers, catch fish with the right size, use non-destructive gears, and not to overfish,” Esguerra explained.

For the youth’s part, Ponteres said they go to schools and campaign about how the dugongs support the sustainability of local fisheries, and how these important resources are threatened by IUU and plastic pollution.

“It’s challenging to reach out to our fellow youth because they have other priorities. So our goal through the campaign is to make the sea their top priority,” she added. “For it’s not only for the dugongs – it’s also for our survival.” – Rappler.com

This article is produced through a media trip sponsored by the USAID Fish Right Program, a 5-year partnership between the United States and the Philippine governments. Started in 2018, it aims to promote sustainable and resilient fisheries in the Philippines’ 3 selected priority sites, namely Palawan’s Calamianes Island Group, Visayan Sea and South Negros.