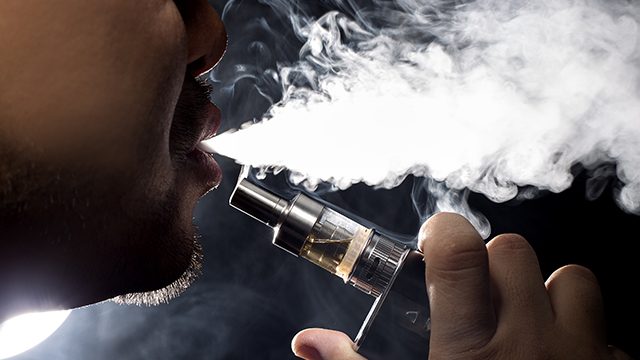 MANILA, Philippines – A new study published in the New England Journal of Medicine revealed that e-cigarette users who had fallen ill due to vaping developed lung damage that resembled chemical burns.

The study looked at biopsy results of 17 patients from Arizona, Minnesota, and Florida. Two of the samples used in the study came from patients who died due to lung damage.

The two were confirmed to have what is called diffuse alveolar damage, a pattern of lung injury that is seen in people suffering from acute respiratory distress syndrome and a type of pneumonia.

Brandon Larsen, a surgical pathologist from Mayo Clinic and among the doctors who studied the biopsy samples, told the New York Times that the lung injury found in all 17 cases looked like “toxic chemical exposure.”

Larsen described it further as being similar to “the kind of change you would expect to see in an unfortunate worker in an industrial accident where a big barrel of toxic chemicals spills.” The lung damage found in the samples was also similar to the effects of mustard gas and chemical weapons from World War I, the pathologist added.

The study comes amid a rise in illnesses and deaths linked to vaping in the US. A total of 1,080 cases and 19 deaths have been reported as of Thursday, October 3.

The US-based Centers for Disease Control and Prevention (CDC) have even labeled the alarming phenomenon as an outbreak, with the number of cases increasing by 275 in a span of just a week. Some health officials have called it a “public health emergency” and a “crisis.”

While the Mayo Clinic report sheds light on the extent of lung damage caused by vaping, experts have yet to identify what exactly in vaping devices causes the injury.

Vaping devices, seen as an alternative to tobacco, do not burn or use tobacco leaves but instead vaporize a solution or “juice,” as it is often called by vapers, which is inhaled. (READ: E-cigarettes: 5 things to know)

These juices have flavorings and other substances, such as THC, or tetrahydrocannabinol, the psychoactive ingredient in marijuana. They are not known to produce tar nor carbon monoxide, two toxic elements from tobacco associated with cancer and heart disease.

But  as early as 2015, the World Health Organization said that vaping devices’ “solutions and emissions contain other chemicals, some of them considered to be toxicants.”

It remains to be seen what exactly in e-cigarettes causes lung damage, but as researchers try to establish more solid ground in e-cigarette research, some governments have stepped in.

Documents shared by the Department of Health (DOH) show that 32 countries have banned e-cigarettes worldwide and 45 permit their sale but with regulations in marketing, public use, and and cross-border transactions.

The DOH said, “While these products are allowed in the Philippine market, all measures to capture them through regulation and restrict their use shall be undertaken, to mitigate their impact on the health of Filipinos.”

The health department in September said it would soon regulate e-cigarettes through the Food and Drug Administration (FDA). Guidelines have yet to be released. – Rappler.com