She can walk again – Ronda the dog’s pioneering prosthetic surgery

Nov 23, 2019 9:24 PM PHT
Agence France-Presse
Facebook Twitter Copy URL
Copied
A veterinarian in Lisbon is a pioneer in the field of bionic prostheses for pets in Europe 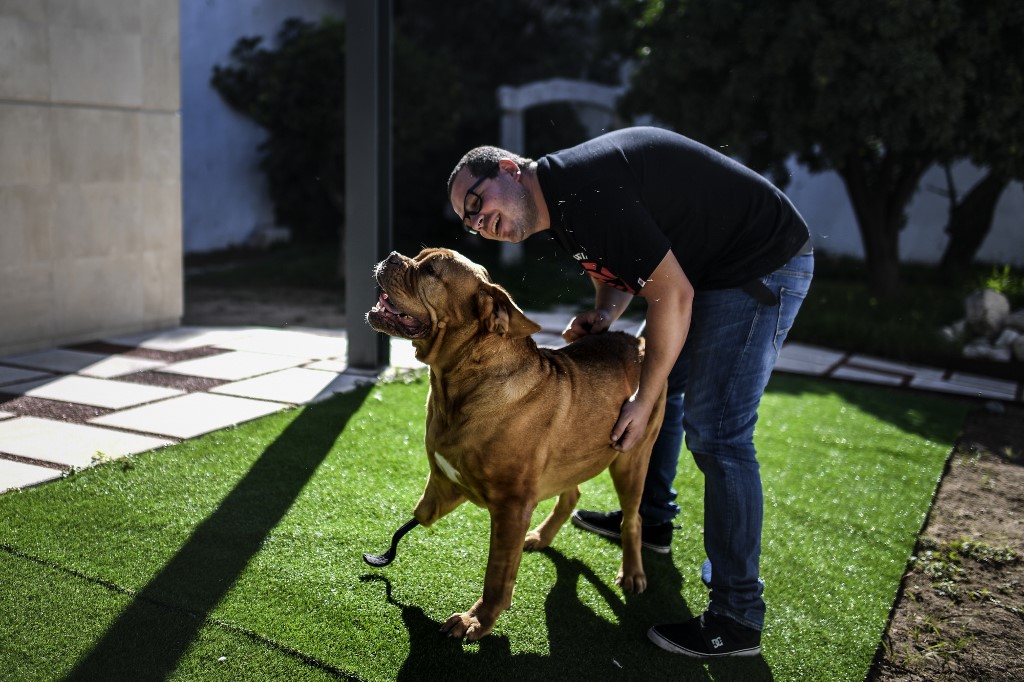 LISBON, Portugal – Ronda seemed doomed. The six-year-old French mastiff had developed a tumor on her paw that required amputation and the fitting of a prosthetic leg – a rare and complex operation.

Without the procedure, she would have to be put down.

“We refused to throw in the towel. When it came to making a decision, I think that in her own way she made us understand that she wanted to live,” says Ronda’s owner Patricia Rodrigues.

Fortunately, Rodrigues knew the perfect person for the job. Ronda had already been treated as a puppy by veterinarian Henrique Armes – a pioneer in the field of prostheses for pets in Europe.

Armes perfected his technique over 10 years at his clinic in central Lisbon. He fixes a prosthesis of titanium and carbon fiber shaped like a spatula to a socket implanted in the bone cavity of the amputated limb.

Armes is the only vet on the Iberian Peninsula to carry out this type of operation, which remains rare both because many animals do not have enough bone left to support the prosthesis and many vets do not even know of the technique.

‘She will always limp’

Since then, she has become used to her new leg, says owner Rodrigues. “She can walk fast enough, but she can’t run and will always limp a little,” explains the 32-year-old.

But even for a pioneer like Armes, some animals pose bigger challenges than others. He admits he has never operated on a dog as large as the 50-kilogram (110-pound) Ronda.

At other end of the scale, a little tabby cat named Cereja who lost his left front leg after being hit by a car required extremely delicate treatment.

“The big, big challenge is to create the right implant,” he says of the tabby. “It must be made to measure because it is a four-kilogram animal with a bone cavity of less than two millimeters.”

Currently, his clinic has about 10 cats and dogs waiting to regain their lost mobility. – Rappler.com