Dec 4, 2019 2:10 PM PHT
Agence France-Presse
Facebook Twitter Copy URL
Copied
Local media reports that scientists had marked the bear because it was scavenging for food near a human-inhabited area in the Arctic region 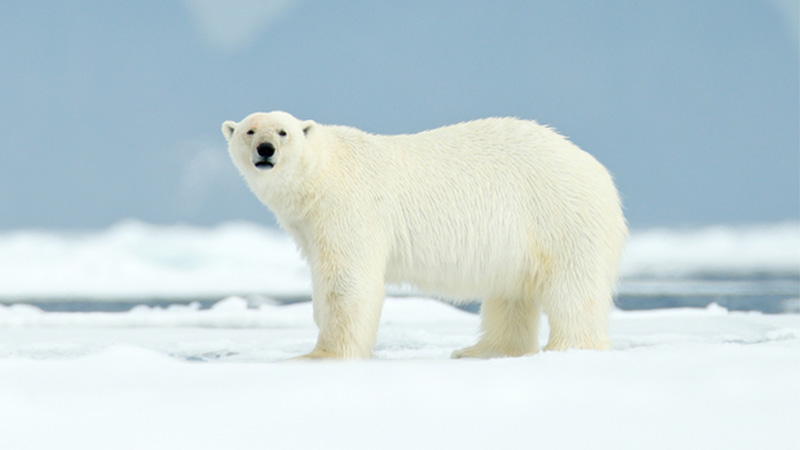 MOSCOW, Russia – A video showing a polar bear daubed with the slogan T-34, the name of a Soviet era tank, has caused alarm in Russia with experts saying it could prevent the bear hunting.

Local media reported Tuesday, December 3, that scientists had marked the bear because it was scavenging for food near a human-inhabited area in the Arctic region.

The video was posted on Facebook on Monday, December 2, by Sergei Kavry, who works for the World Wildlife Fund in the Chukotka region.

He said he was concerned at the large letters daubed on the side of the bear, seen plodding through snow.

“Why? Why? He won’t be able to hunt inconspicuously,” Kavry wrote. Kavry said he found the video on a WhatsApp social media group and did not know where it was shot.

A senior researcher at the Institute of Biological Problems of the North in far eastern Russia, Anatoly Kochnev, told RIA Novosti news agency he did not know where the video was shot, but the letters could have been painted on by “jokers.”

“At first, until he cleans himself off, it will be hard for him to hunt,” the scientist said.

Severpress news agency, based in the Yamalo-Nenetsky region, some 2,000 kilometres (1,250 miles) northeast of Moscow, reported that the marks were put on by an expedition of scientists on Novaya Zemlya, a remote and sparsely populated Arctic archipelago.

It cited experts as saying a team of scientists from Moscow went to investigate a polar bear that was raiding a settlement’s rubbish tip and they marked the bear to see if it returned.

The agency quoted Ilya Mordvintsev, a senior researcher from Moscow’s Institute of Problems of Ecology and Evolution, as saying the expedition members caught the bear and sedated it.

Finding the animal was well-fed and therefore would not attack humans, they took it to a safe distance from the settlement and marked it with paint that would wash off in two weeks, to see if it returned to scavenge, he said.

The video was apparently shot last week, the agency reported.

In February in Novaya Zemlya, officials sounded the alarm over an “invasion” of 52 bears in the main settlement there.

The bears are affected by global warming with melting Arctic ice forcing them to spend more time on land where they compete for food. – Rappler.com