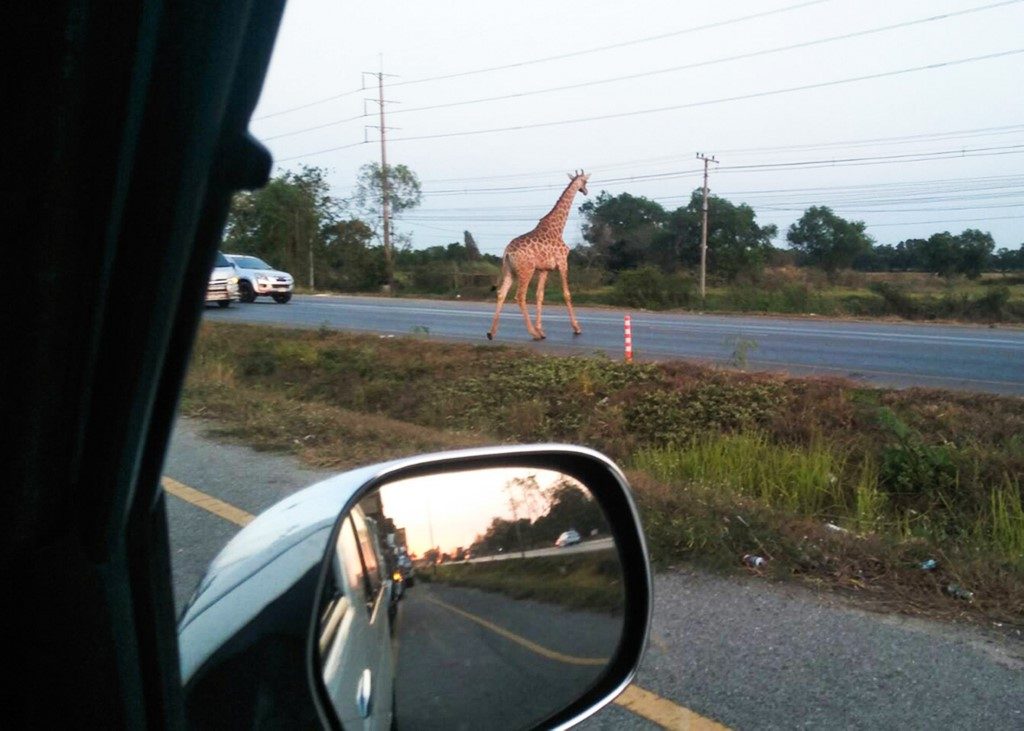 Facebook Twitter Copy URL
Copied
Two leggy ruminants make the daring bid for freedom from the back of a poorly secured container truck as it slowed in highway traffic shortly after leaving Bangkok's main airport. One is caught, the other still a 'fugitive'.

BANGKOK, Thailand – A giraffe that bolted from a convoy destined for a Thai safari park was on the run Wednesday, January 29, as vets scoured farmland near the escape zone in an almost 24-hour search gripping the public.

Two leggy ruminants made the daring bid for freedom from the back of a poorly secured container truck as it slowed in highway traffic shortly after leaving Bangkok’s main airport on Tuesday afternoon, January 28.

Rescuers caught one of the long-necked escapees using a tranquilizer gun.

But the other made a dash for the scrubland away from the convoy of 26 trucks heading for a breeding station run by Safari World, Thailand’s biggest animal park that describes itself as a “world of happiness”.

A Safari World spokesperson – which imported the giraffes from an unnamed African country – confirmed the mammal is “still on the run”.

The tall tale has seen hundreds of thousands of Thais following Facebook live videos of journalists trailing the hunt for the runaway creature.

Safari World, a multi-million dollar company, has in the past been criticized for training animals to perform for entertainment – including staging boxing matches with orangutans.

Animal shows are common in Thai zoos, where tourists pay to have their pictures taken with tigers or watch elephants play football and perform tricks. – Rappler.com