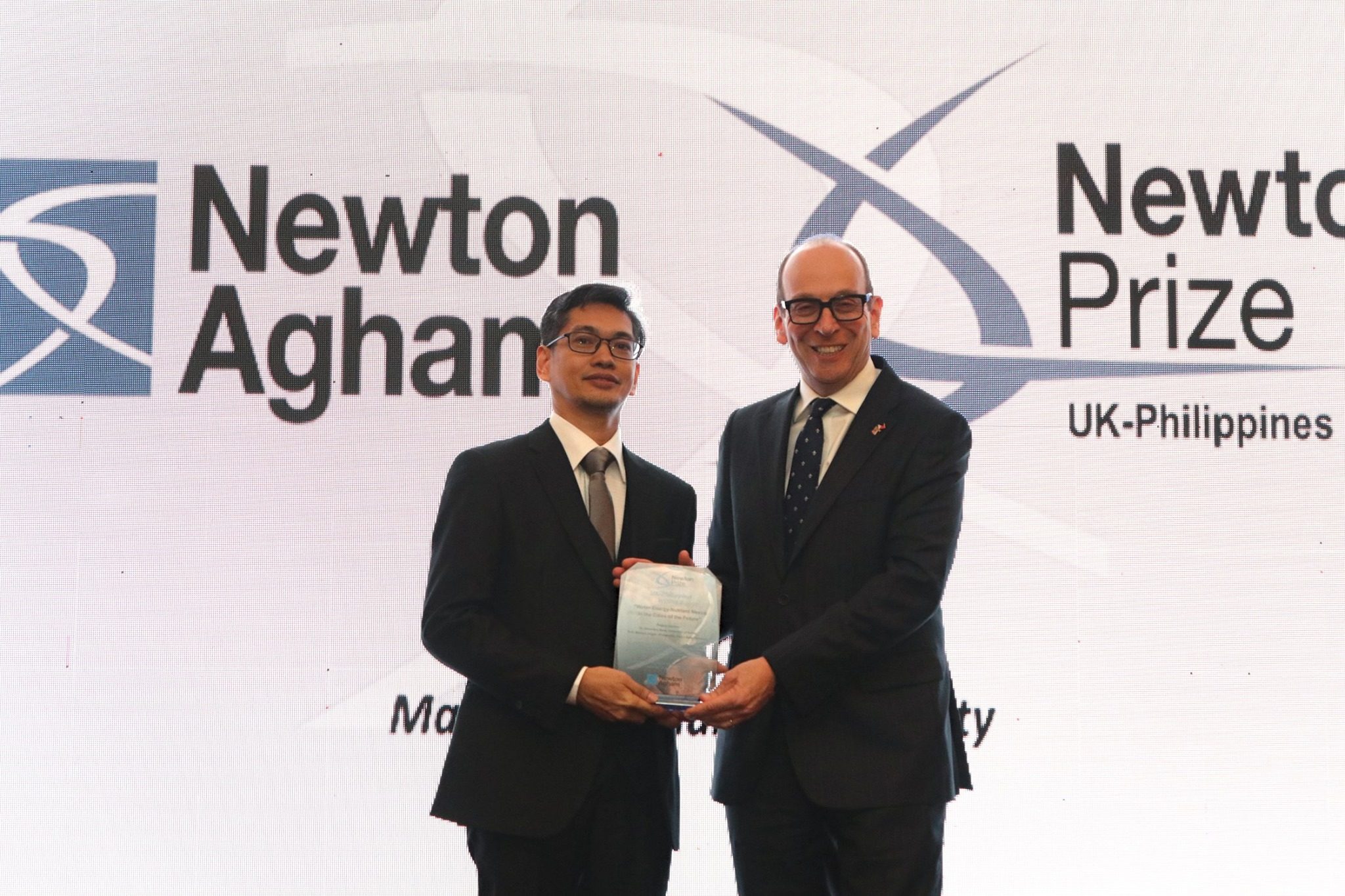 MANILA, Philippines – A Filipino researcher, who is studying the converstion of sewage into fertilizer, won the 2019 Newton Prize Philippines (Newton Agham) on Tuesday, January 28.

Promentilla teaches at DLSU’s Department of Chemical Engineering. He also heads the Waste and Resource Management Unit of the Centre for Engineering and Sustainable Development Research.

The idea behind the study “Water-Energy-Nutrient Nexus in the Cities of the Future” is that wastewater contains nitrogen and phosphorus, both nutrients necessary for fertilizers. These nutrients are currently mismanaged as wastewater, and discharged to bodies of water, causing pollution.

The Philippines is currently importing phosphates for fertilizers. Recycling wastewater from sewers or septic tanks and recovering the nutrients from them could help minimize the importation in the future. In turn, this would reduce the cost in obtaining fertilizers for crops, and at the same time reduce the energy demand in producing these.

Their project is set to receive about £200,000 (around P13.2 million) from the Newton Fund of the British government.

“About half of it we will use to develop a system for farms. We have a sister school, De La Salle University Araneta, which has a farm in Bulacan…. The farm caters to less-privileged students, like farmers’ children. We will try to use the grant first to support research in that area,” Promentilla told Rappler in a mix of English and Filipino.

Promentilla said the farmers they got in touch with uses the services of Malabanan Siphoning to get rid of their wastewater.

“Hopefully, we can mentor the researchers on the farm and find out whether we can change the mindset of the farmers around that area…. We told them, instead of getting Malabanan, you can probably save if we process [your wastewater] and turn it into fertilizer. And then they can use the fertilizer for their crops,” he said.

This research bested 3 other finalists from the Philippines:

Meanwhile, the project named “Tissue engineering of bronchi in health and sickness: assessing the effect of matrix stiffening on cellular changes in the airways,” led in the Philippines by Jopeth Ramis of the Technological Institute of the Philippines, will vie for the Chair’s Prize in London on February 12, 2020. He will compete against the Chair Prize nominees from China and Indonesia.

The Newton Prize Philippines celebrates the UK-Philippines’ partnership in supporting British and Filipino researchers and institutions working together “to develop science and innovation solutions that promote the economic development and social welfare of the Philippines.”

“The program not only delivers those great partnerships between British researchers and institutions and fantastic researchers in the Philippines, but it’s helping those find solutions for challenges every country face, and which, when we find answers we’ll deliver safer, sustainable future for all of us,” said British Ambassador Daniel Pruce. – Rappler.com