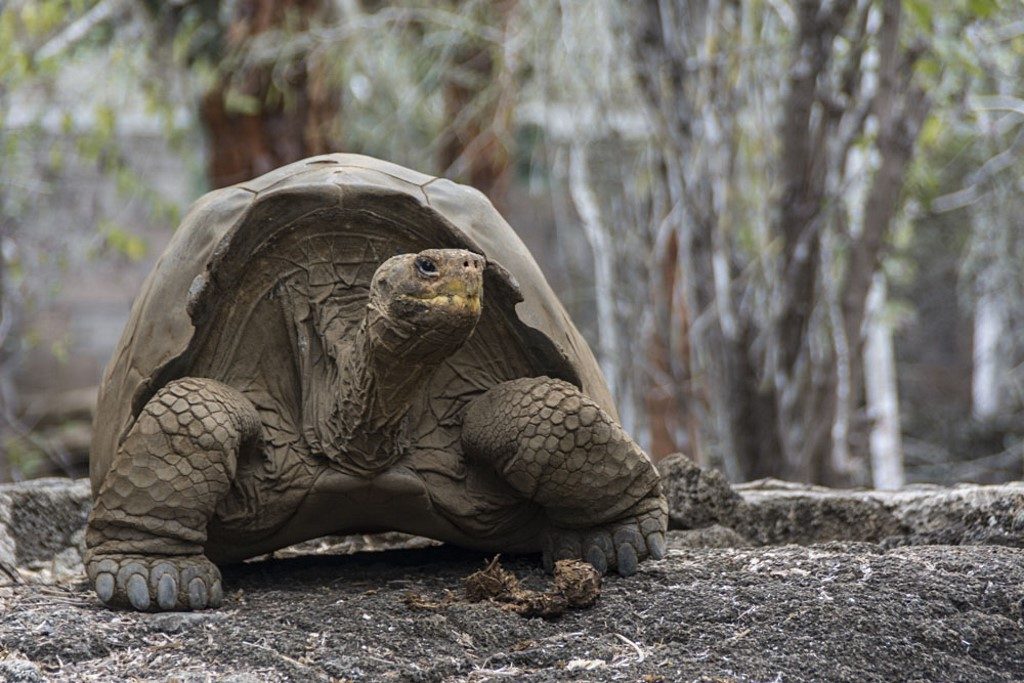 Facebook Twitter Copy URL
Copied
The Galapagos National Parks says it discovered a young, female specimen deemed 'a high-importance find because it has a strong genetic component of the species 'Chelonoidis abingdonii'

QUITO, Ecuador – A scientific expedition to the Galapagos Islands has discovered a tortoise with a “strong” genetic link to a presumed-extinct subspecies made famous by the popular Lonesome George, national park officials said Friday, January 31.

George, the last known member of the Chelonoidis nigra abingdonii Pinta tortoise species, died in 2012 in captivity aged over 100 after refusing to provide any offspring.

The Galapagos National Parks (PNG) said the expedition had discovered a young, female specimen deemed “a high-importance find because it has a strong genetic component of the species ‘Chelonoidis abingdonii.'”

She “could be a direct descendant of a pure individual, which could still be alive somewhere,” the park said.

Park rangers and scientists from PNG and the Galapagos Conservancy found an additional 29 tortoises – 11 males and 18 females – that share part of their genetic makeup with the Chelonoidis niger Floreana subspecies, also thought to be extinct.

Researchers chose Wolf Volcano for their expedition because whalers and pirates who would eat the animals were thought to have dumped some of the tortoises there in the past to lighten their ships’ loads.

The Galapagos Islands, located 620 miles (1,000 kilometers) off the coast of Ecuador in the Pacific Ocean, were made famous by Charles Darwin’s studies of their breathtaking biodiversity.