Meet the scientist who plans to turn sludge into fertilizer 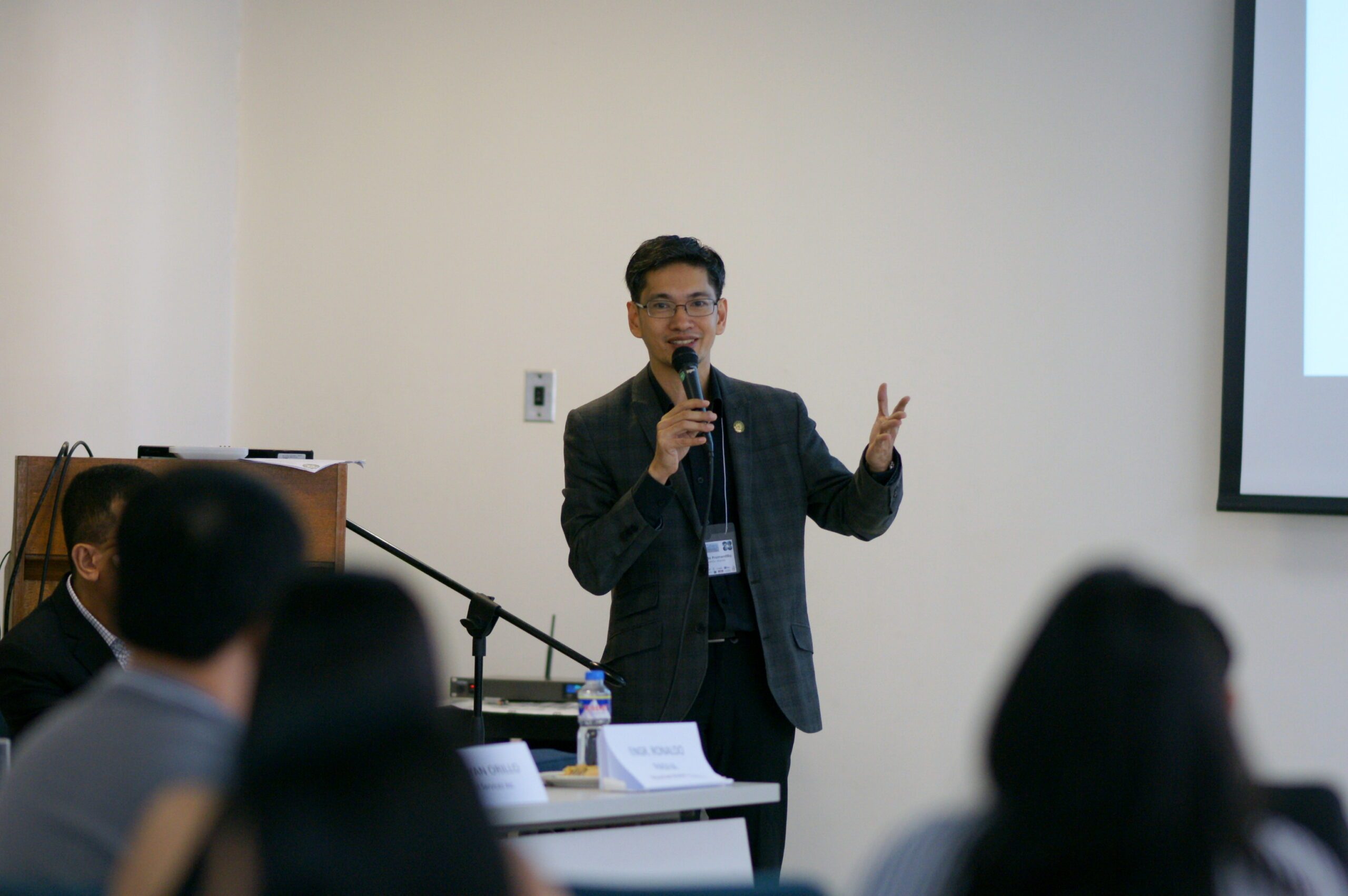 MANILA, Philippines – Perhaps, Dr. Michael Angelo “Mike” B. Promentilla, De La Salle University professor and the winner of the P13-million Newton Philippines Prize for science, knew at a young age that he would become a scientist.

The young Mike loved reading books when he was a kid. But it was not until high school, when they were asked to make wine out of rotten bananas, did he start to understand the importance of science.

“I felt such excitement of learning something new and using that knowledge to solve problems that will matter to us,” Promentilla told Rappler. This feeling would later on be reinforced during his undergraduate years at the University of the Philippines Los Baños. He took up Chemical Engineering and conducted research on how to convert household waste into fuel.

Promentilla continued to study Chemical Engineering in his Master’s Degree at the University of the Philippines Diliman. For his PhD, he went to Hokkaido University in Japan and studied Socio-environmental Engineering.

His research interests vary a lot – from the application of decision modeling and risk analysis, environmental and energy systems, to design and characterization of sustainable engineering materials.

Among his notable studies is an eco-friendly cement substitute using fly ash or pulverized fuel ash from coal-fired power plants. Like the cement substitute project, many of his published papers have been on biofuels and the different aspects of sustainability.

This is evident in the research that won the 2019 Newton Prize Philippines where Promentilla and his team are finding effective ways to convert wastewater into nutrient-rich fertilizers.

“We want to demonstrate to the farmers the potential of recovering nutrients from waste such as septage and manure from a farm, and use these recovered nutrients as fertilizers to grow their crops. Hopefully, a social enterprise working on the principle of circular nutrient economy will come out from this initiative,” he said.

The Newton Prize, Promentilla said, was a by-product of what he thinks his greatest achievement so far. “I think my greatest accomplishment so far is building a team who shared my vision and passion to do research that can make an impact to the society,” said Promentilla.

In 2013, the National Academy of Science and Technology, the highest recognition and scientific advisory body in the Philippines recognized Promentilla as one of the Outstanding Young Scientists in the country. His other awards include the UPLB Alumni Association’s 2017 Distinguished Alumni Award and the DLSU’s Pillar of La Sallian Excellence Award in Research. 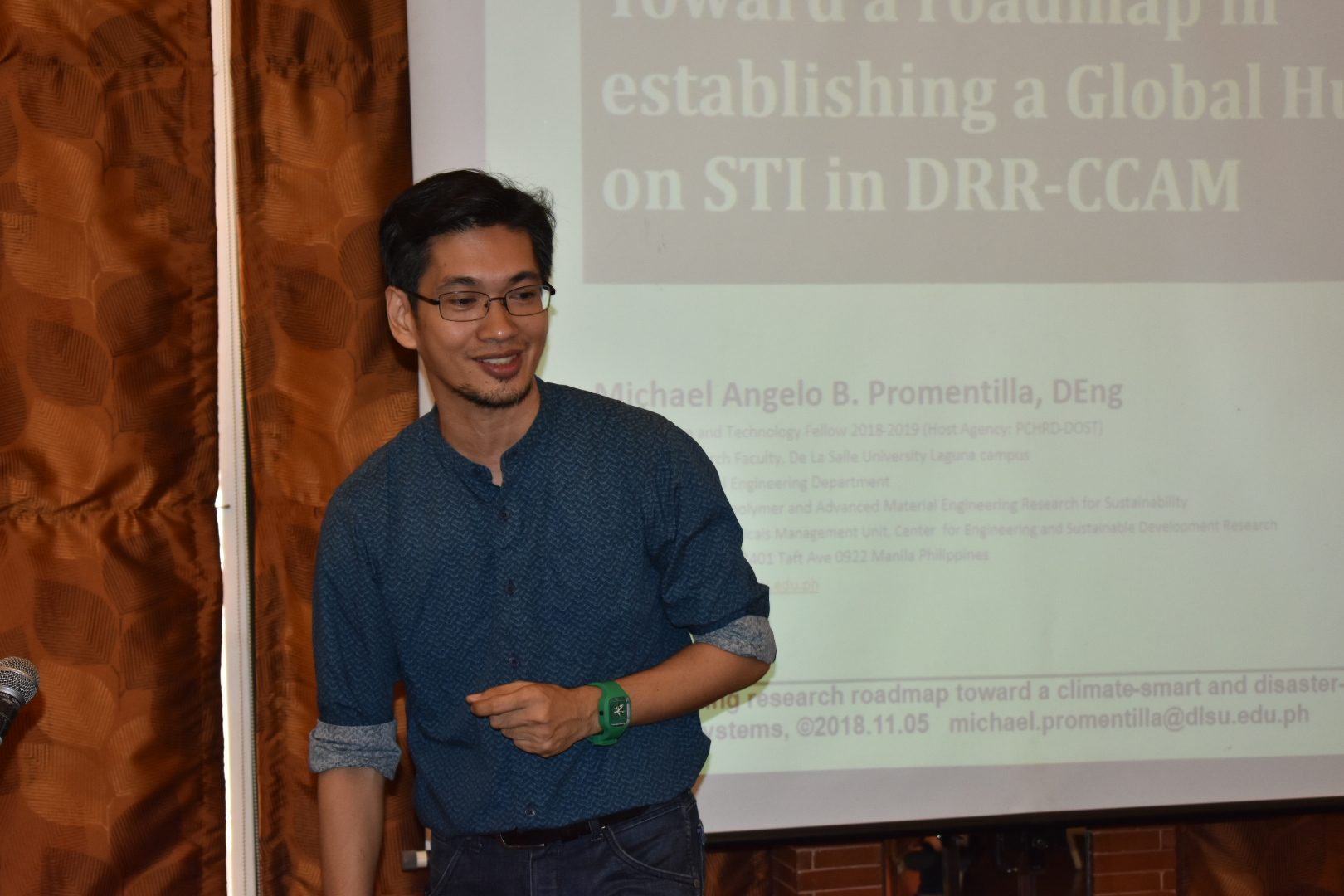 As a scientist, Promentilla looks up to the likes of Albert Einstein and Richard Feynman. But when asked about what he’d like to say to those aspiring to be Filipino scientists someday, he said:

“First, begin with a ‘why.’ Ask yourself why do you want to be a scientist because your answer will lead to your passion to move you, to thrive and progress in spite of the many challenges you will be facing.”

“Second, think big. Think big by thinking about those global problems you wish to solve, or be part of the solution. Think big by expanding your horizons to enrich your world view.”

He added, “Lastly, start small. Start in your own backyard, in your school or in your community. Start with the limited resources you have. Learn well from these failed small starts to move you closer to your goal or dream.”

Promentilla is set to represent the Philippines during the Newton Prize ceremonies on February 12 in London, United Kingdom. – Rappler.com