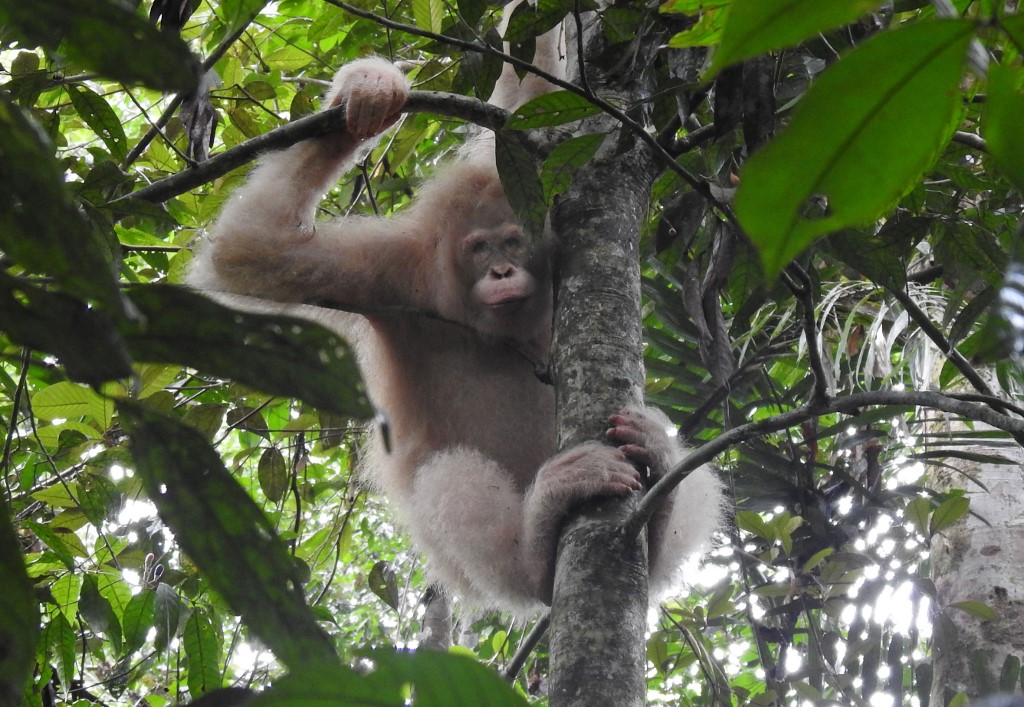 KATINGAN, Indonesia – The world’s only known albino orangutan has been spotted alive and well in a Borneo rainforest, more than a year after she was released into the wild, conservationists say.

Alba, a blue-eyed primate covered in fuzzy white hair, was taken in 2017 from a cage where she was being kept as a pet by villagers in Indonesia’s section of Borneo, known as Kalimantan.

Alba was released back into the wild in late 2018.

This week, the Borneo Orangutan Survival Foundation said Alba was spotted as it monitored 3 other orangutans who were recently released.

“After we learned that she can build nests, forage independently and is no longer dependent on human assistance we concluded that she can survive in the forest,” said Indra Exploitasia, the environment ministry’s director of biodiversity conservation.

Alba’s rescue was some rare positive news for the critically endangered species, which has seen its habitat shrink drastically over the past few decades largely due to the destruction of forests for logging, paper, palm oil and mining.

Plantation workers and villagers are sometimes known to attack the animals because they see them as a pest, while poachers also capture them to sell as pets. – Rappler.com