Coronavirus: An enemy with many allies at home 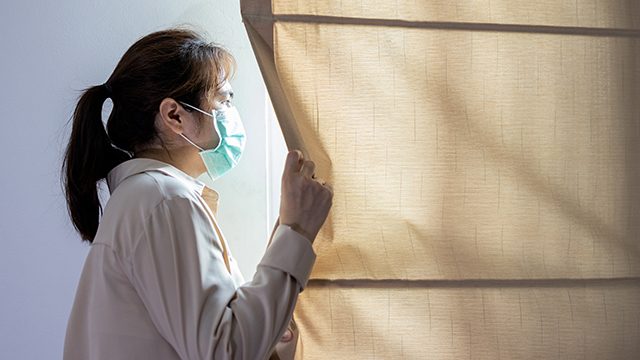 Facebook Twitter Copy URL
Copied
The virus is predominantly transmitted by respiratory droplets, but also by physical contact with everyday objects, so the frontline is right under our noses

OSLO, Norway – Branded an “enemy against humanity” by the World Health Organization (WHO), the new coronavirus has unleashed warmongering rhetoric with world leaders declaring their own wars on the deadly disease.

The virus is predominantly transmitted by respiratory droplets, but also by physical contact with everyday objects, so the frontline is right under our noses.

From the elevator button to the toilet seat, here are a few of our everyday enemies in the time of coronavirus, and a few items that may have been wrongly accused.

“Any object or surface that has been touched or contaminated by a cough, a droplet or excretions can be infectious,” says Amandine Gamble, a researcher at the Lloyd-Smith Lab at the University of California.

According to a study published last week in the New England Journal of Medicine which Gamble contributed to, the new coronavirus can still be detected on plastic and stainless steel surfaces after 2 to 3 days, and up to 24 hours on cardboard.

The data was however obtained in laboratory conditions, and it is not known whether the quantity of virus that remains is enough to still be contagious.

“You have to mainly be wary of objects and surfaces that are likely to have been in contact with a large number of people, like cafe tables, the metal bars on public transport, door handles, elevator buttons and light switches in public places,” she says.

“Since it’s not possible to totally avoid touching these objects and surfaces (for example for people who live in apartment buildings, or going grocery shopping), it’s important to wash your hands and avoid touching your face so as not to infect yourself, and to cough into the crook of your arm and sneeze into a tissue to avoid contaminating others.”

Brandon Brown, an epidemiologist at the University of California, says the big enemies are “the things we bring outside to inside.”

“At the store, we might bring out our wallet after touching surfaces or other objects (that have been infected), then (we) take out cash, a card, our ID, so those can all be exposed,” he says.

COVID-19 may be transmitted through feces, according to a study published in Nature on March 13 by Chinese researchers.

They detected traces of the virus in rectal swabs from children.

“If fecal transmission is confirmed, then we’d have to be wary of toilets, which may seem counterintuitive for a respiratory illness, but that has happened in the past” with the coronavirus at the heart of the SARS epidemic in 2002-2003, says Amandine Gamble.

“The recommendation in such cases would be to disinfect toilet seats often and especially to close the lid before flushing, to avoid spreading infected droplets,” she says.

It is however still not known if the virus detected in the study is sufficiently intact to be infectious, which can only be confirmed by lab cultures.

Meanwhile, our trusty companion the cell phone may also be a Trojan horse.

“We are using our cell phones all day, whether we are in our home, at work…, in the store buying supplies, so there is plenty of exposure,” says Brandon Brown.

Disinfect your cell phone? “It wouldn’t do any harm, but unless we share our phone with others, it is not obvious to me how disinfecting them could protect us, or limit the spread of COVID-19.”

Our computer keyboards are exposed to our hands all the time, and could therefore be feared to be a breeding ground for the virus. They’re also made of plastic and have lots of little nooks and crevices.

But some researchers think their role in spreading the virus is small, or even non-existent, if the owner is the sole user and he or she washes hands immediately after arriving at home or at work.

“Tap water is prepared and cleaned centrally, and harmless when it comes to COVID-19,” he says.

“For food, if uncooked food that you purchase has the virus on it, once cooked, the virus will be killed.” – Rappler.com