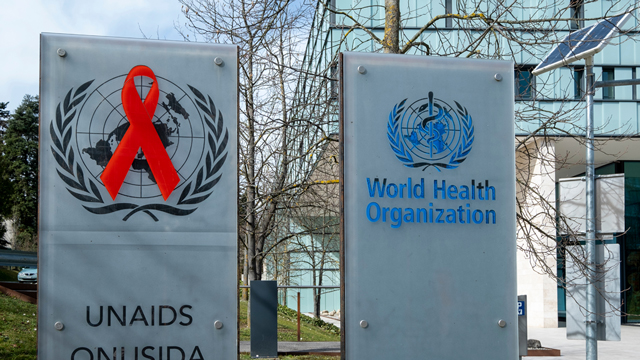 PARIS, France –  COVID-19 could cause an additional half a million AIDS deaths if treatment is disrupted long term, the United Nations said Monday, July 6, in a warning that the pandemic was jeopardizing years of progress against HIV.

At the start of a week of virtual International AIDS Conferences, the UN said the world was already way off course in its plan to end the public health threat even before COVID-19.

Millions of people had died in recent decades despite the existence of effective treatments, it said, calling on the world to learn lessons from the AIDS epidemic in its COVID-19 response.

“Like the HIV epidemic before it, the COVID-19 pandemic is exposing our world’s fragilities – including persistent economic and social inequalities and woefully inadequate investments in public health,” said UN Secretary General Antonio Guterres.

Key populations at high-risk of HIV/AIDS are being put in further danger as lockdowns and distribution of medicines leaves them “even more vulnerable than usual”, the report said.

Research released Monday showed the pandemic was already impacting access to preventative medicine (PrEP) among at communities at risk.

At one Boston medical center, a survey of more than 3,500 patients on the PrEP program showed that lapses in picking up repeat medication had risen 278% in the first 4 months of 2020.

Year on year, the overall number of patients receiving PrEP had fallen 18%, the research showed.

“We cannot let the COVID-19 pandemic undo the hard-won gains in the global response to this disease,” he said.

One model run in conjunction with the WHO showed that if COVID-19 measures disrupted HIV treatment programs for 6 months it could leave an additional 500,000 people dead.

The WHO said it had conducted an additional international survey showing that 73 countries had warned they are at risk of running out of antiretroviral medicines as a result of the pandemic.

Twenty-four countries reported having either a critically low stock or disruptions in the supply of the life-saving medicines.

In addition, initial data from lockdowns around the world show spikes in abuse and domestic violence.

“We know that women who experience such violence are 1.5 times more likely to acquire HIV than women who have not experienced violence,” she said.

“Successful pandemic responses must be rooted in human rights, be evidence-based, community-led and fully funded. We must learn the lesson once and for all.”

New research over the weekend revealed that pandemic lockdowns were having a disproportionate impact on LBGTQ people, with a quarter of HIV-positive survey respondents reporting that they now lacked access to medicine due to confinement. – Rappler.com