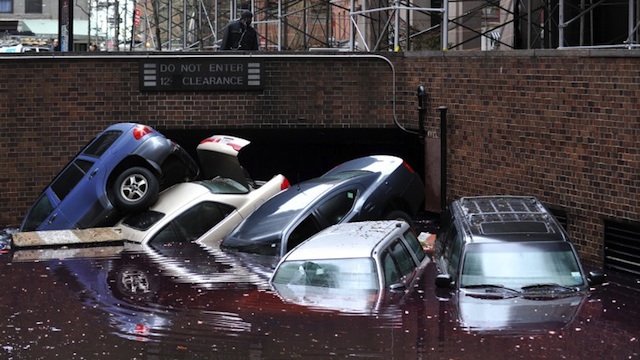 WASHINGTON, USA – The world typically sees about 90 tropical cyclones a year, but that number could increase dramatically in the next century due to global warming, a US scientist said Monday, July 8.

Rising greenhouse gas emissions could lead to a 10 to 40 percent increase in the frequency of tropical cyclones by the year 2100, said prominent climate scientist Kerry Emanuel of the Massachusetts Institute of Technology (MIT).

Those storms could be up to 45 percent more intense, making landfall 55 percent stronger — a “substantial” increase, said the research in the Proceedings of the National Academy of Sciences.

Stronger storm surges, winds and rain would likely be felt most acutely in the southern Indian Ocean, North Pacific and North Atlantic Ocean, and could raise risks of damage in coastal areas, he said.

Satellite data has shown that cyclones — which are rotating systems of clouds and thunderstorms — have remained relatively consistent in frequency and power over the past 40 years.

But he projected a steady uptick in the future using six different climate models combined with forecasts from the Intergovernmental Panel on Climate Change (IPCC), which predicts carbon dioxide emissions will about triple by 2100.

Tropical cyclones can bring heavy rains and winds, and vary in potency from tropical depression to tropical storm to hurricane.

Cyclones form in areas where there is warm deep water and cool humid air. Wind over the water pushes thermal heat upward, causing the warming air to circle and get stronger. – Rappler.com