Music may really be ‘just’ dessert after all Facebook Twitter Copy URL
Copied
[Science Solitaire] Though love for music is said to be universal, a study shows that some people cannot derive pleasure from listening to it

I have been playing the guitar with such pleasure since I learned how to do it a few months ago and whenever I am able to play a favorite song, I could not help but share the news immediately with my nephew who is a very good guitarist.

Then we both exchange messages, each of them filled with excitement about how much pleasure we derive out of music. My guitar playing is quite simple but I am dead sure that I feel really good when I play music, independent of whether I can play a piece perfectly or haltingly.

In fact, I was quite sure that music is one of the very few things that everyone enjoys. That is, until I found a recent study by scientists in the University of Barcelona that sort of ended that positive note in my head.

Josep Marco-Pallerés is a cognitive scientist and the lead author of a study that revealed that some people cannot derive pleasure from music.

Those who participated in their study were able to perceive the music that they were made to hear as happy or sad. But, while listening to any of the music played to them, their responses in terms of their sweat or heart rates did not reflect any reaction.

Sweat and heart rates are good indicators of our emotional responses. No changes registered for the ones insensitive to music. Also, when these same ones were asked to bring music with them that they liked, some turned out not to own any music at all or just borrowed music from others. The study filtered for tone deafness, depression or any sort of hearing impairment.

Apparently, psychologists have a term for the incapacity to derive pleasure and it is “anhedonia.”

The scientists claimed that this inability to derive pleasure from music is the first specific kind of anhedonia that has been identified.

Scientists have always homed in on the pleasure center of the brain when they want to explain what motivates us or make us want more and more of something. 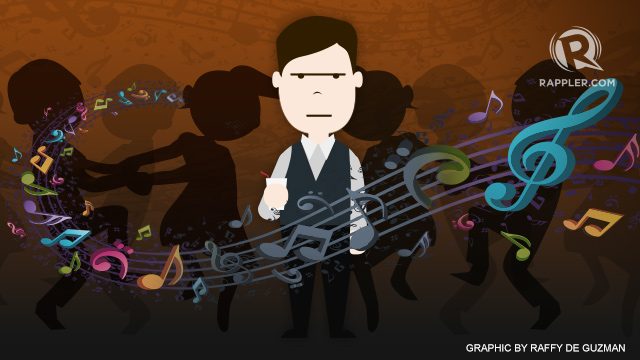 However, they are still not yet sure what these differences look like in terms of the neurons that connect or how strongly they connect in the pleasure center. Thus, they want to know in future studies how the brain’s pleasure center reacts (or not react) to different kinds of known pleasures.

The lead author of the study said that being insensitive to music is different from not liking music. He said that an incapability to derive pleasure does not necessarily mean you do not like it but are only indifferent to it.

I had a different experience although please be reminded that one personal experience does not trump a study.

There is an ongoing experiment on how our brains react to music being brought around the world by a traveling exhibition called Biorhythm by Science Gallery of Dublin.

I tried it and on a piece of music that I hated, I expected my “readings” to speak of my repulsion. I was surprised to see that after listening to it for a while, I tuned out and became indifferent. Could it be that with music I don’t like, as I am with people who vex me, given some time, I simply tune out?

Could it also be that there is such a wide range of what we could consider music and therefore we could only be sensitive to a specific range just like we could only see light within the visible range?

We have always considered music universal so this finding could be considered radical.

What could be the proportion of humans who could be insensitive to music? What kinds of behavior are associated with this kind of insensitivity? Since our ties to music are emotional, are the emotional lives of these people compromised without these “anchors”?

Steven Pinker, famous Harvard neuroscientist, called music as merely a by-product, albeit an “exquisite confection” of evolution – “auditory cheesecake” – in his book “How the Mind Works.”

This implied that we could do without it.  This struck a dissonant chord among many critics when he said that. This study may just prove he may be right after all. – Rappler.com

Maria Isabel Garcia is a science writer. She has written two books, Science Solitaire and Twenty One Grams of Spirit and Seven Ounces of Desire. Her column appears every Friday and you can reach her at sciencesolitaire@gmail.com.