Maternal deaths falling, but not fast enough: WHO 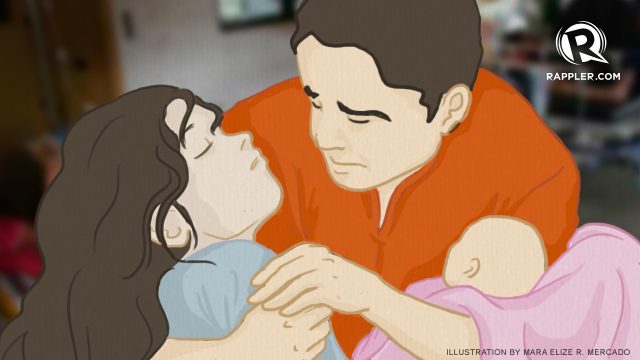 Facebook Twitter Copy URL
Copied
The number of maternal deaths worldwide fell to 289,000 last year, down 45% from 1990, when an estimated 523,000 women died during pregnancy or childbirth

GENEVA, Switzerland – Global maternal deaths have fallen sharply in recent decades, but women in sub-Saharan Africa are still by far the most likely to perish while pregnant, the World Health Organization said Tuesday, May 7.

Fresh WHO statistics show the number of maternal deaths worldwide fell to 289,000 last year, down 45 percent from 1990, when an estimated 523,000 women died during pregnancy or childbirth.

While this marks a big step forward, the UN’s health agency stressed it was far from good enough.

“There is still one woman dying every one and a half to two minutes somewhere in the world … because she is trying to give life,” said Marleen Temmerman, who heads the WHO’s department of reproductive health and co-authored the report.

“That is like having two airplanes crashing every day,” she told reporters in Geneva, insisting “this should be much higher on the agenda”.

The WHO report emphasises that the dangers of childbearing are still felt far more acutely in the developing world, and in sub-Saharan Africa especially, than in wealthy countries.

While a woman in Chad faces a one in 15 risk of dying during pregnancy and childbirth during her lifetime, the risk is more than 1,000 times smaller for a woman in Finland, the statistics show.

African nations are heavily represented among the 10 countries that account for around 60 percent of all maternal deaths globally, including Nigeria, Democratic Republic of Congo, Ethiopia and Kenya.

Several African nations meanwhile also figure among those who had succeeded in slashing their maternal mortality rates the most in the past 23 years, WHO said.
Rwanda, Equatorial Guinea and Eritrea were among a select group of only 11 countries, mainly in Asia, that have reduced maternal deaths by over 75 percent since 1990, thus reaching the Millennium Development Goal target ahead of the 2015 deadline.

Most countries however are unlikely to meet that target by next year, Temmerman said, calling for far more investment in care for expecting mothers.

The new WHO report provides a startling new overview of the reasons women die during pregnancy and childbirth.

It shows that 28 percent of the deaths are linked to pre-existing medical conditions, like diabetes, malaria, HIV or obesity, exacerbated by pregnancy.

Severe bleeding, mainly during and after childbirth, is the second leading cause,accounting for 27 percent of the deaths, the report shows.

“Integrated care for women with conditions like diabetes and obesity will reduce deaths and prevent long-lasting health problems,” Temmerman said.

A number of wealthy countries have seen an increase in maternal mortality rates, with the rate in the United States for instance jumping 136 percent to 28 deaths for 100,000 live births last year.

The report did not provide an explanation for the hikes, but WHO scientist Colin Mathers stressed such countries had started off with low numbers so the statistical changes were not as significant, and were likely largely explained by improved reporting methods for maternal deaths.

Temmerman hinted though that women waiting longer and having children in wealthy nations might explain some increases in maternal deaths.