Jun 17, 2014 3:24 PM PHT
Agence France-Presse
Facebook Twitter Copy URL
Copied
Inmarsat's scientists tells the BBC that they had calculated the plane's most likely flight path and a 'hotspot' in the southern Indian Ocean in which it most likely came down 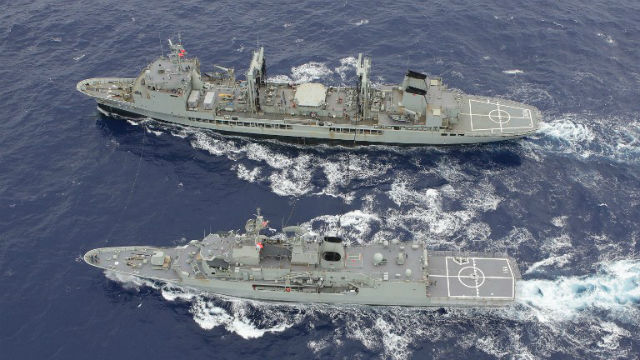 LONDON, United Kingdom – The search for Malaysian Airlines Flight MH370 is yet to target the most likely crash site after being distracted by what are now believed to be bogus signals, British company Inmarsat claimed Tuesday, June 17.

Inmarsat’s scientists told the BBC’s Horizon program that they had calculated the plane’s most likely flight path and a “hotspot” in the southern Indian Ocean in which it most likely came down.

The flight lost contact on March 8 en route from Kuala Lumpur to Beijing with total of 239 passengers and crew on board.

Hourly pings sent by the plane were received by Inmarsat’s spacecraft, leading scientists to calculate its likely path.

Australian naval vessel Ocean Shield was dispatched to investigate, but before reaching the likely site it began to detect a signal that it believed was coming from the plane’s black box, Inmarsat said.

Two months were spent searching 850 square kilometers (330 square miles) of sea bed northwest of Perth, but the source of the “pings” was not found and a submersible robot found no evidence of the airliner.

“It was by no means an unrealistic location but it was further to the northeast than our area of highest probability,” Chris Ashton at Inmarsat told Horizon.

Experts from the satellite firm modeled the most likely flight path using the hourly pings and assuming a speed and heading consistent with the plane being flown by autopilot.

Australia’s Joint Agency Coordination Centre (JACC), established to manage the search, said the four acoustic “pings” picked up by the black box detector attached to Ocean Shield had to be pursued at the time.

“The four signals taken together constituted the most promising lead in the search for MH370 and it was a lead that needed to be pursued until completion so the search team could either discount or confirm the area as the final resting place of MH370,” JACC said in a statement to Agence France-Presse.

‘This is complex work’

But the Australian Transport Safety Bureau said experts were still working to define the area to be scoured in the next phase of the search, which will plunge ocean depths of up to 6,000 feet.

“The search strategy group is continuing its analysis of satellite and aircraft performance data, along with a range of other information, to determine the area that offers the highest probability of finding the aircraft,” a spokesman said.

“This is highly complex work that requires significant collaborative effort with international specialists. The revised search zone is expected to be available in the coming weeks.”

Malaysia’s civil aviation authority and Inmarsat last month released the raw satellite data after coming under criticism from relatives over the fruitless search.

However, its complexity has led to few independent conclusions being drawn about the likely crash site.

Malaysian Selamat Umar, whose son Mohamad Khairul Amri was on the ill-fated jetliner, questioned the motives behind the data release.

“I am not convinced at all by the data,” he said. Why are they releasing it now? Before when we asked for it, they did not want to release it. What can we do with it now?” he said. – Rappler.com