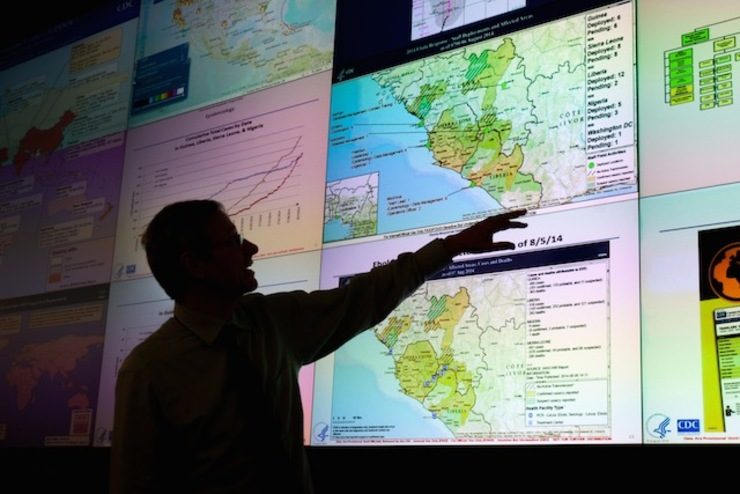 GENEVA, Switzerland – Clinical trials of vaccines for the deadly Ebola virus should soon get underway and will likely be ready for widespread use by early next year, the World Health Organization said Saturday, August 9.

There is currently no available cure or vaccine for Ebola, one of the deadliest viruses known to man, but Kieny said she expected a vaccine to be rushed through the trial process and become available by 2015.

Her colleague Jean-Marie Okwo Bele, who is vaccine chief at WHO, told French radio RFI earlier Saturday that British pharma giant GlaxoSmithKline appeared set to start clinical trials of a vaccine next month.

He also said he was optimistic about making the vaccine commercially available.

“Since this is an emergency, we can put emergency procedures in place … so that we can have a vaccine available by 2015,” he said.

Kieny acknowledged however that any vaccine rushed to market to help stem the epidemic, which has already claimed nearly 1,000 lives in west Africa, would not be tested as rigorously as other vaccines and drugs.

“Will it have been tested as well as other vaccines we put out in the field? No, absolutely not. That would be impossible,” she said, a day after the WHO declared the epidemic an international health emergency.

The bar would likely be lowered to enable a vaccine to go to market after showing good results and safety in only a small number of people, as well as recording good data in primates, she said.

The WHO, Kieny said, was “engaging with quite a number of developers … to see what we can do to help accelerate and facilitate the development.”

It was especially important to speed up government authorization of phase-one trials, which in Africa can often take months, she said.

“We hope that because of the emergency this won’t be treated as just any other drug or vaccine,” she said.

Tests still need to be carried out in carefully controlled environments, to allow researchers to spot possible adverse effects and avoid wide distribution of unsafe drugs, she said.

“And if we just go blindly, in the end we won’t know if (the vaccines or treatments) were useful or not,” she added.

Several vaccines are being tested, and a treatment made by San Diego-based Mapp Biopharmaceutical, ZMapp, has shown promising results on monkeys and may have been effective in treating two Americans recently infected in Africa.

The use of the experimental drug has sparked an ethical debate about whether it is justifiable to use untested drugs, and if so, who should be treated.

Kieny, who will be hosting a WHO meeting on the issue on Monday, August 11, said ZMapp appeared “promising”.

The problem, she said, was that there are no more than around a handful of the treatments available and it could prove difficult to scale up production.

Kieny, who headed WHO’s vaccine division during the H1N1 swine flu pandemic in 2009, is acutely aware that helping rush a vaccine to market can cause controversy.

In 2009, WHO was accused of helping line the pockets of the pharmaceutical companies that profited from the swine flu vaccine.